What is the Future of Costa Rica? Exposing the Truth

Costa Rica has always been seen as an economical retirement destination where your hard earned dollar goes further.  It has been marketed as a “green” and environmentally friendly country.  It has been portrayed as a place to invest in real estate that is less expensive than the USA or Canada. Although these are the images and brand that Costa Rica wants people to continue to believe the truth is slowly being exposed and the false marketing and advertising by real estate companies, ICT, and other media sources are being exposed. 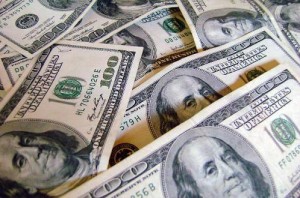 Cost of Living – The cost of living in Costa Rica in areas that you actually want to live is actually about the same as the USA.  You can find a cheap place to lie for like $400 a month but you will most likely be spending closer to $800 to $1000 a month with water, electricity, and internet.  Groceries for one person is about $50 a week on the low side and if you want to go out throw in about another $50 a week if you happen to want to eat out or go out 2 to 3 times a week at inexpensive places.  All of these costs are based on 1 person if you happen to want to date or are married double all these numbers.  The cost of gas is about $5 a gallon if you want to drive. (Do Not forget Marchamo and Riteve).

So for one person not doing much you are going to average about $1,400 a month and this is not living it up.  This is living just getting by with no kids, no girlfriend, no gas for a vehicle, does not include transportation or any other expenses.  $1,400 a month covers food and shelter.  Yes you can find places for less but honestly if you want to live in safe areas where an expat feels comfortable these are about the average. This number is not too bad if you are bringing in about $3000 a more a month but the jobs that pay that amount in Costa Rica are few and far between.  That retirement account that you put together over all those years will also be depleted a lot quicker than you think.

Real Estate – More people people are leaving Costa Rica than are actually coming to Costa Rica.  More and more people that invested in real estate in Costa Rica with the advertising that said “This is the California 40 years ago” and that the prices are going to increase at on average 10 to 15% a year are finding as they try to find a buyer for their $250,000 to $400,000 condominium that no one wants to buy it and that if an offer comes it is usually about half the asking price if that.  However, people are too stubborn to realize that the real estate in Costa Rica is over valued by about 50% in most cases.  They are using comparable real estate that is also over appraised in order to get large bank loans and financing. The only reason people are not selling and not reducing prices to sell is because unlike the USA, the yearly taxes on the property are not very much, which creates a false market price as people do not really feel the need to sell.

The real estate market in Costa Rica is probably never coming back.  It is at a point where yes you can find some people that are willing to let their property go for about half the value but most are holding onto the current prices thinking that the value will come back one day.  It is like a person holding onto a stock in a company that although all the signs are there that the stock will never e valuable again they hold on hoping. If you bought property to use to live then you are not in the conundrum, but if you used it as an investment you are holding a losing hand. 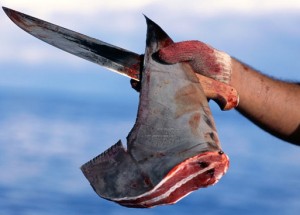 The rivers are polluted.  The sewage drains directly into the ocean. Most beaches and areas are dirty and have trash on them. There are agencies that are trying to fight this environmental destruction but they are fighting a losing battle. The Costa Rican economy is based on tourism and this “green” image, however, the Costa Rican government is more concerned about making a $ today than protecting this image and actually protecting their flora and fauna.  Environmental protection is a very key part into keeping tourists coming to Costa Rica, but if it does not directly put money in their pocket today then the CR government wants nothing to do with it.  The current government administration needs to start investing in this and spending on projects instead of signing meaningless bills that are just smoke and mirrors that are not tied to actual initiatives.  If you look at the bill that Chinchilla signed banning shark finning, lets ask ourselves….How many arrests have been made since that signing? How many more boats were added to help protect Coco Island? What was actually done? The answer……nothing!

These are just a few of the items that Costa Rica and the businesses in Costa Rica are trying to present as the truth, but hiding the truth or ignoring it does not make it not fact.  Costa Rica is on a downward spiral that unless real changes are made and made soon it will never recover.  It is getting more and more expensive to live in Costa Rica and with over 65% of the people living under the poverty line this will cause more crime as people will begin to steal to provide for their basic needs.

The CR government is making it more and more difficult to accomplish even the smallest tasks in Costa Rica. See how lone it takes to get residency which is now a requirement to get a bank account or a driver’s license. Try to light up a smoke in your favorite beach bar.  With is getting more inconvenient to live in Costa Rica the government is cutting of the hand that is feeding it.

People come to Costa Rica because of in being an inexpensive place to live or retire, because of the “green” image, and because of it’s safety, if those things are taken away then what keeps a person from moving to Nicaragua or Colombia or somewhere else and being able to economically enjoy life?

What to Know About Dating Costa Rican Women (Ticas)

That’s an accurate description of the many troubles found here but the author has left out other negative aspects: lots of petty and no so petty street and property crime, where nearly all the houses, even in upper class neighborhoods, i.e. Rohrmoser have alarms, window bars and fences topped with razor wire, even electrified to protect against the many break-ins; potholed streets and highways; lousy phone system, lack of animal or noise control and poor police protection. Squatters taking over your property, I lost a valuable beachfront lot on Playa Coyote to such a thief who must have acted in cahoots with someone in the Nandayure municipality. All of the above do not for a pretty picture make.

The party ended in 2008. There wont be another.
You’re dealing with a society where tough grown men cry if you yell at them. The gov’t can, and will, do as they damn well please and this place will be just like El Salvador ( didn’t want to insult beautiful Guatemala)

Don’t expect a realtor in Costa Rica to tell anyone that the price of groceries, electrical power, cars, and electronics are more expensive in Costa Rica than in North America. That realtor will also not tell you that Gringos are leaving the country in large numbers and have taken to renting their homes as there are no buyers.
As a Gringo here in the southern zone I can tell you that the average cost to use air conditioning in a larger home can cost more than $500. per month. I bought three large bottles of Coke a couple of weeks ago for $12.35 US. The import taxes on a refrigerator is over 80%, an item which is a necessity of life. Cost Rica is no longer the happiest place on earth. A cleaning woman here earns $14. per day, which is the minimum wage by Costa Rica law. A bag of rice is $14. The poor Tica woman works eight hours for a bag of rice. Costa Rica is on a downward slide, and it is highly unlikely they will recover. A nation wide revolt in the near future is my guess.