Costa Rica News – The Government is willing to accept a 13% VAT instead of a 15% tax. 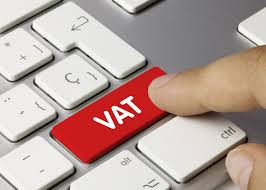 The Frente Amplio and PUSC parties agree to tax additional services instead of raising the collection rate on those already taxed.

Sergio Alfaro and Helio Fallas have visited the deputies several times requesting support for this tax proposal. The president of the Commission of the Treasurer’s, Paulina Ramirez, asks for there to first be a consensus with the parties before tax processing.

The idea is that the Government would stop the plan to raise sales tax from 13% to 15% provided that it becomes a value added tax (VAT), which would allow taxing companies that currently are not taxed, such at IT companies, rentals, streaming television services, gyms and lawyers.

The concession could generate an agreement among the political parties represented in the Legislative Assembly in order to advance the draft Law on Strengthening Public Finances, which includes adjustments in income tax and public employment.