What Is a Philosopher?

Twenty years ago, when I replied to the standard question, ‘what do you do?’ with ‘I do philosophy,’ I was met with blank stares. Now everyone but Marco Rubio and his followers thinks they’re a philosopher. The truth is not somewhere in between. 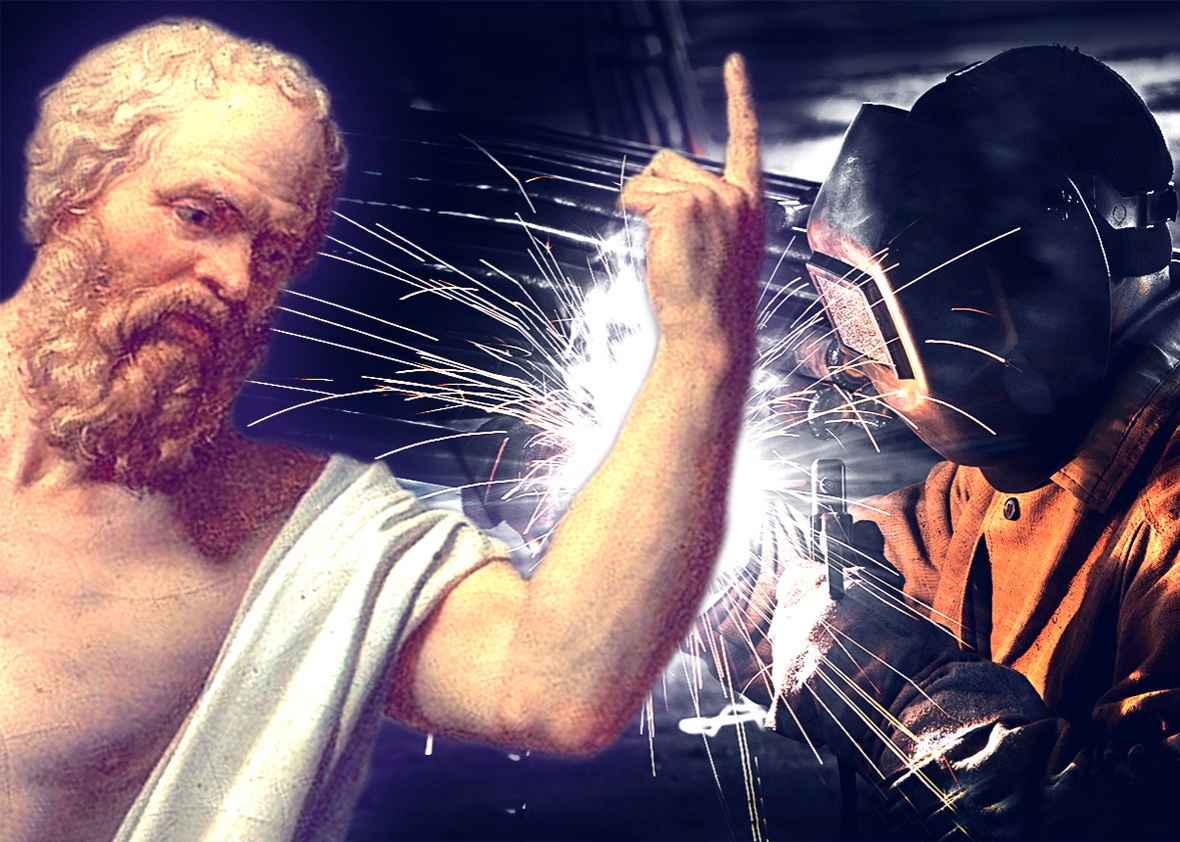 Rubio has been repeating ad nauseum on the Republican campaign trail that “we need more welders and less philosophers.” Isn’t that precious? America sends its philosophers to Siberia, and then Rubio says we need less (fewer) philosophers!

Philosophers are both born and made, in that order. One has to have the predisposition to question everything, and be deeply reflective. No degree can confer that. Indeed, I’ve known many ‘professional’ (i.e. academic) philosophers who aren’t actually philosophers at all. They’re analytical cogitators, and at best, teachers.

As some philosopher (I think it was Nietzsche, not one of my faves) said, “no advance in philosophy ever occurred within the halls of academia.”

But it requires more than a philosophy gene to become a philosopher. (God help us if they ever find it, because it would be the first gene to be edited out!)

I once had an interesting discussion with Gandhi’s grandson, a philosopher who was teaching in San Francisco at the time.

Our inquiry was into the nature of adversity, and whether as humans we need great adversity to overcome our greater tendency toward self-satisfaction and complacency and grow into human beings.

We agreed that adversity is necessary, not only for the individual, but for the human species to advance. Unfathomably, Ramchandra Gandhi said on parting, “Don’t tell people.”

Advancement in philosophical terms has nothing to do with science and technology, or even knowledge (though most putative philosophers would disagree), and everything to do with awakening insight and understanding in the individual.

Having a naturally questioning and introspective nature, and having endured unrelenting opposition and denial from family and society, I think I’ve become a first-rate philosopher. But philosophers are by definition late-bloomers, and even in full flower things can go very wrong.

I learned this in my 30’s when I fell in love for the first time. Like philosophers throughout history, the life of the mind was so strong as a young man that the life of the heart eluded me. Or I should say, I evaded it, thinking that falling in love was a malady of adolescence.

Then I fell for a talented and troubled artist ten years younger than me, and it nearly did me in. That too is a common motif with philosophers. Having no experience with matters of the heart, just one romantic tumble can send the whole system—metaphysical and physical—into chaos. Of course that can happen to anyone, and many young people these days don’t heal, learn and grow from the experience of getting their hearts broken. 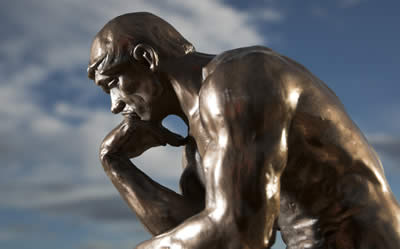 I did what philosophers do—observing and questioning within myself the whole business of falling in love. That didn’t heal the wound—only going to the bottom of oneself and remaining with the pain of love gone wrong can do that. But did it promote healing, put things in context, and minimize the scar.

I often hear the accusation, “you’re generalizing.” Of course I’m generalizing; that’s what philosophy is and philosophers do! If each case is unique, there is no such thing as philosophy.

Most people think philosophers are the ultimate eggheads, and many academic philosophers are. A true philosopher does not put the intellect first however, but uses the rational mind to support or refute perceived insights that come from beyond the mind-as-thought.

Speaking personally, I can only do philosophy after the mind is completely quieted and cleared in meditation. The continuity of thinking inevitably produces chaos. Reason and rationality follow the hushed clarity of insight; they don’t precede it, much less rule over it.

A philosopher is assiduously self-knowing, and doesn’t think, say or imply “I know.” He or she continually questions himself or herself, alone and with others.

That’s what makes philosophers a pain in the ass. But as Socrates said, gadflies are necessary, especially when old orders and philosophies break down.