What Does the CR Government Actually Do?

Editorials – While going through the news this morning as well as trying to find out what we should cover today, my mind began pondering as I read the headlines; “Protests For the San Ramon/San Jose Toll Road” (Being Built by Brazilian Company)…..”ICE Unable to Provide Mobile Portability by 2014″.  What exactly do the Costa Rican government and its’ entities actually do? 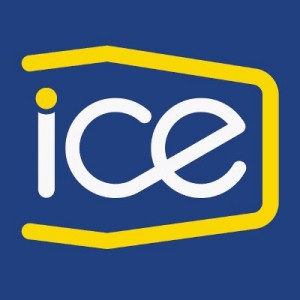 ICE – When it comes to the service it provides I an being extremely nice when I say it “leaves a lot to be desired.” The truth is it stinks.  Phone calls are dropped on a daily basis. Electricity can go out for hours and customer service will tell you “they are working on it.” When it comes to laying new lines and infrastructure it is normally contracted out as they cannot depend on their own employees to get it done and/or get it done correctly.

What are the results of these inefficiencies? Increased costs for ICE which they blame on lack of rain fall or other things that of which they are not in control.  These costs are then passed on to the Costa Rican population. A friend of mine in Jaco recently told me that over the past six months his electricity has gone up  from $230/month in October to $300/month in March.

INCOPESCA – This government has allowed over fishing and illegal fishing for some time now.  It has been seen through out Costa Rica that the waters are being over fished. There is little to no consequences to these actions by the violators. There are ways to get around everything by going to docks here the fisherman know their catch will not be examined or even leaving the illegal part of their catch on the boat and only having the legal catch examined by the ICOPESCA official.  It is en industry in Costa Rica that is no longer regulated by laws but in fact is regulated by kickbacks and bribes.

RITEVE – This is the vehicle inspection that is required for all vehicles on the roads in Costa Rica. This was implemented by Spain and is very well run.  The equipment and service is quite efficient  since it was brought in from outside Costa Rica and employees were trained. Having gone through the inspection the test is very stringent and actually more difficult to pass than one in the USA. That then raises the question, how are some of this vehicles puffing smoke on the Costa Rican highways or missing essential parts passing these tests? I have been told more than once…..”I have a mechanic friend that can get your car passed for $10.” What is going on behind the scenes?

National Stadium – This was contracted out to the Chinese which wen mentioned before has a hidden cost that was decided behind closed doors between the Costa Rican government and the Chinese.  It could have been shark fins; It could have been another natural resource.  Sorry but I do not buy that it was a gift with no strings attached.  China has already shown with its track record what these “gifts” are for.

That being said do you know how long it would have taken Costa Rica to build that stadium themselves using local labor? My estimate would be 10 to 15 years if ever.  If it did get built it would be millions of dollars over budget and the “chorizo” (bribes) would have been astronomical. 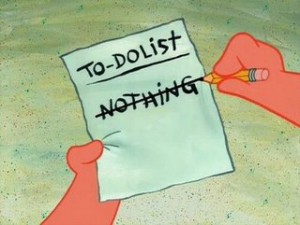 turn key in about 2 years. We can only hope Spain has to provide the maintenance on the plant as Costa Rica will let it fall to ruin just like they did on the Friendship Bridge and  the police vehicles given by the Chinese.

While Costa Rica preaches its environmentally friendly country its rivers and oceans are getting more and more polluted.  Turtles are dying; Carcinogens are being released into the water which are being moved from all areas of the country into the oceans and killing  both environments and the animals that reside in them.  Another contact of mine took video of raw sewage being dumped into a river around San Jose in his neighborhood.  He contacted the local municipality and another government entity and they both told him that “they did not care. They stated he was just mad because the houses that this was happening from were poor people’s houses in his area and he was just mad they lived in his area.” He later noticed dead animals around the same river.

Roads/Highways – For all of you that have had a chance to drive on the roads of Costa Rica, they are usually quite good for about 3 to 4 months after they are built.  Then they begin to fall apart because of the shoddy job of the combined efforts of CONAVI and MOPT.  In most cases the planning is not done correctly, the materials are not of the highest quality, and much o the money fr projects is divided up among individuals in the organizations.  We have all seen 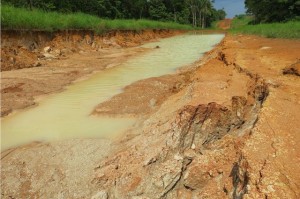 the absolute fiascoes that were the bridge collapsing outside of San Jose and the border trail, which was basically a million dollar dirt road that is already falling apart.

The Autopista del Sol – This road is commonly known as the new highway from San Jose to Jaco/Caldera was in the planning stages from the Costa Rican government for over 30 years.  Then they began to try to construct it and failed miserably.  After their failure they contracted it out to a Chilean company and a couple of other countries.

The toll road from San Ramon to San Jose – This has been contracted out to OAS a Brazilian company and has already drawn a loud voice of disapproval and I can see why. The round trip toll from San Ramon (about an hour outside of San Jose) to San Jose would be about $8.  So for a person travelling to work they would be out $40 a week. combine that with the $5 cost of gas per gallon, let say 3 gallons of gas each day for the trip with traffic. you are spending $23 a day or about $450 a month for transportation.  The average salary is about $700 a month for Costa Ricans.  No wonder they are pissed off.

The Costa Rica government and its people present themselves as globally knowledgeable but where is the supporting evidence to this? There is none.  You have INCOPESCA allowing  long lining and shark fining in the waters as long as they keep getting their kick backs.  You have ICE which is unable to provide any type of decent service.  You have MOPT and CONAVI that have been unable to even build a dirt road in the border.  You have ICT preaching “green Costa Rica” when it has been seen that the environment is being destroyed here.

So I ask you Costa Rica government what do you do? Are you just a middle man collecting commissions on the projects you contract out to other countries?

Is it just all about stealing and playing a game of smoke and mirrors that you hope no one ever sees through?

The Broken Road – Under the Knife Again

SOOOO sad but true on all above!! This is a GOOD start of some of the issues happening in/around CR!!

Other BIG issues that MANY have shared with me from my blog where many feel the government could do a LOT more BIG TIME – SAFETY•SECURITY! Talk about an area where MANY are in denial or blaming the “media” that it’s even much of a problem here.

Also, what about all the taxes which are part of what’s making CR out of MANY peoples price range to live OR visit (if Cr implements the 15% tax on doctors/dentists, CR which i ALREADY towards the upper end of prices on Medical Tourism will be AT the top – hence MANY people will start opting for Columbia [where some of the BEST doctors/dentists & medical schools seem to be]) which WILL hurt the PEOPLE of CR biggest!!

And why have I seen NO mention of what ever happened to being able to make an outgoing message for our VoiceMails? That’s been going on for I think at LEAST 9 months & it’s like that with ICE, Claro & MovieStar. Since ICE is behind ALL of these companies – it makes me wonder if some of that passive-aggressiveness I see SOOOO MUCH of in CR has come out “you’ve broken up our monopoly or abandoned us so we’re going to show you!!!” I went to San Juan del Sur, Nicaragua for a 1-2 day run & ended up staying 6 weeks (it’s SOOOO MUCH cheaper than CR overall) & I lost a bunch of gigs/messages because people had no idea I was away since it just went into the recorded lady leading to my “beep” to accept voicemail messages (that is IF it even went into VM which it TOO often does not – especially if you’re “out of range”). Added to the challenge of voicemail not holding messages for long.

In all fairness about the difference in electricity prices – isn’t Oct. still rainy – hence MUCH cooler season that the HOT HOT of March in Costa Rica when one would be needing the air conditioner LOTS more?

You left out the ineffective police.

Welcome to the world. The CR government is just as effective as any government anywhere.