Ghosts & the Supernatural – Jenny Hamilton, the occupant of this ranch home has seen a vortex open up in front of her home.  The vortex that she saw moved in a circular fashion, counter clock wise.  She wonders if bad entities can come through this vortex.  Jenny tells Deanna Jaxine Stinson and I, that she has lived in this home for 20 years.  After the first year living at this home, she started seeing entities around her home.    First she saw darting shadows going from one bedroom to another bedroom.  One of her dogs started staring at one corner of the room and frantically started barking.  She has seen two full body apparitions in her bedroom, near the closet door, one of an old man in military clothes and an older woman in a long dress.  She has seen a ghostly man at the creek.  I asked Jenny if she feels any threat with these spirits and she says no.  Special Note:  At this ranch home there are horses, peacocks, doves and dogs. 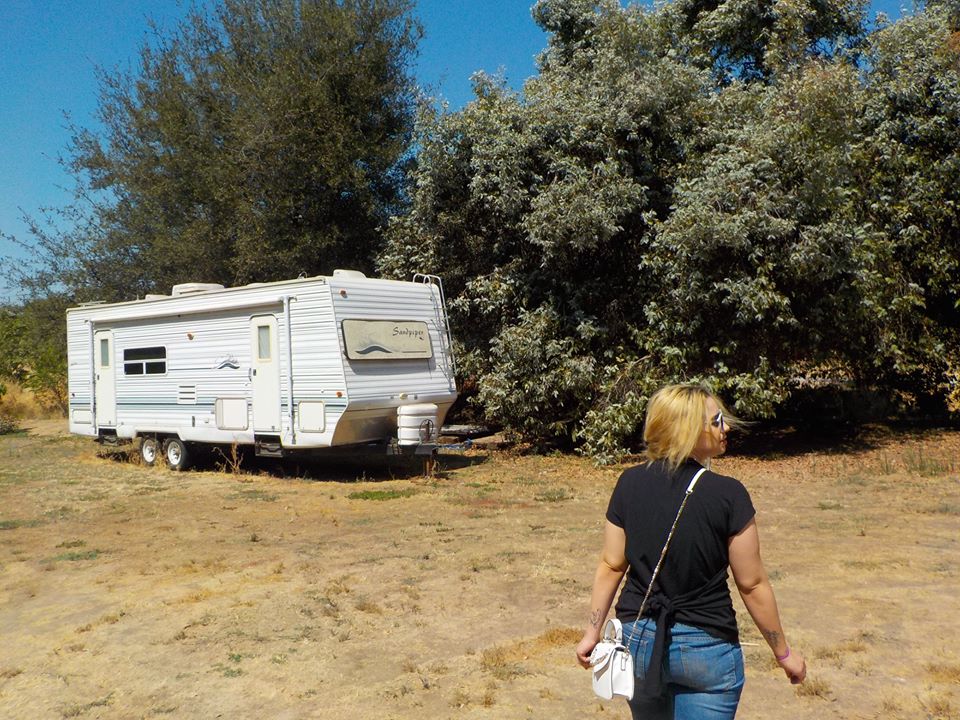 At this investigation, there was no cleansing, because she did feel she needed a cleansing.  Deanna gave her a “metaphysical cleansing” care package. Jenny feels she has psychic abilities and that is why she can see the ghosts.  Jenny’s husband does not see any ghosts and really doesn’t believe the home is haunted.  While Deanna was filming, she had her camera on a tripod and it tipped over by itself, there was no breeze that caused it to fall over.  We were able to obtain two EVPs.  Deanna felt energies coming from the backyard garden area.  I was able to get an EVP of a man saying “I died.”  Later we went out to the front of the yard, near the creek and obtained an EVP that says “I don’t want to” when asking if he would like to reveal himself.  Special Note:  There was a man who committed suicide on this property, he was found hung on a tree by the gate.  The tree was cut down.  Perhaps the EVPs that I obtained is the man who committed suicide?  I don’t know.   One More Special Note:  Deanna picked up on energies at the back of the house and that is when I captured an EVP.  Deanna then picked up energy in front of the house, near the creek.  When she picked up on the energy is when I captured the 2nd EVP.

To See Some Videos of this Investigation – See Links Below: 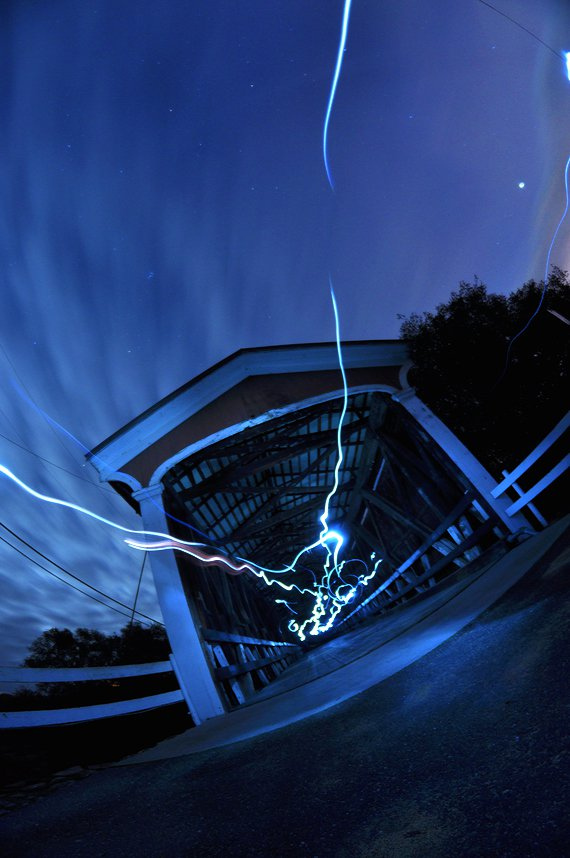 Knights Ferry is very haunted.  At the link below is a detailed article about some of the hauntings at Knights Ferry:
www.costaricantimes.com/haunted-knights-ferry/53237

HEAVY JACKET WOMAN AND HER BABY!
One of my Facebook connections Warren Cullen says that back in 1994, he was driving on one of the back roads in and around Oakdale and Knights Ferry.  He was driving and had two friends in the car.  The time was about 10pm on a warm August night.  As they were going down the road, there was very little traffic.  Then all of a sudden they saw a small light at a distance.  The light was pointed in their direction.  Warren was worried that it may be a kid on a bike and wanted to make sure he could slow down and avoid hitting him.  As he slowed down his vehicle, he could make out a woman wearing a thick jacket, blue jeans, holding a small baby and also holding a flashlight.  Warren thought it was odd that the woman was wearing such a heavy jacket on a warm night.  Warren thought to himself…”isn’t she hot?”   Warren went real slow and knew this was a woman, because of her figure.  As Warren and his friends looked at the woman’s face, it appeared that the woman had a blurred face. They could not remember seeing a nose, mouth or eyes.  They shook it off and thought to themselves that it was dark and they just couldn’t make out her face.  Warren’s friend Jasen Maghan yelled at Warren to go back and pick up the woman and baby.  Jasen yelled:  “Help that woman!  She has a baby!”  Warren immediately did a U-turn and went back to pick her up.  As they approached her from behind, she turned around quickly and her flashlight hit their eyes and when they looked again, the woman and her baby were gone.  Completely gone, vanished. Warren got out of the car and looked around in the field and the lady was truly gone.  Warren and his friends came to the conclusion that they had seen a ghost.  When their conclusion came to realization, Warren sped out of there like a bat out of hell.  Warren no longer lives at Knights Ferry and says he has no desire to ever live there ever again.