Ghosts & the Supernatural – Carolann Castro and Teri Fox Bacom of Soul Seekers joined HPI (Deanna Jaxine Stinson & Paul Dale Roberts) on an investigation in Vallejo that involves a Voodoo curse.  The family who wish to remain anonymous claim that the curse started out in Louisiana.  The curse was placed upon one of their great aunts, because she was Creole.  Someone outside of the family was jealous that the aunt had fair skin and looked beautiful.  This outside person placed the Voodoo curse on the aunt and the whole family.  Because of the curse, the family hears constant tapping noises, things disappear around the house.

The worse disappearance was when $20.00 bills and $100.00 bills disappeared and never reappeared.  The family feels it is being held back with this curse.  They have no positive future path and their luck has been taken away according to one family member.  Because of the curse, the family experiences sleep deprivation.  Most recently one of the family members had a nightmare in which she went to a party and at the party, there were cannibals.  The cannibals were eating other people at the party.  Deanna did a walk-through and felt strong energy in the back rooms.  Carolann, a sensitive also did a walk through and felt strong energy in the area that Deanna felt the strong energy.  Deanna picked up on a woman pacing the floor back and forth in the kitchen area.  Things have gotten so bad for one family member, she had to be hospitalized.  She was being haunted by a humanoid in a black suit and the humanoid had a rabbit’s head.  I will call this entity:  RABBIT HEAD.  Rabbit Head would at times look at her and the family member noticed Rabbit Head had glowing red eyes.  Other times Rabbit Head would look at the family member and just wave at her.  It appeared he was waving hello to the family 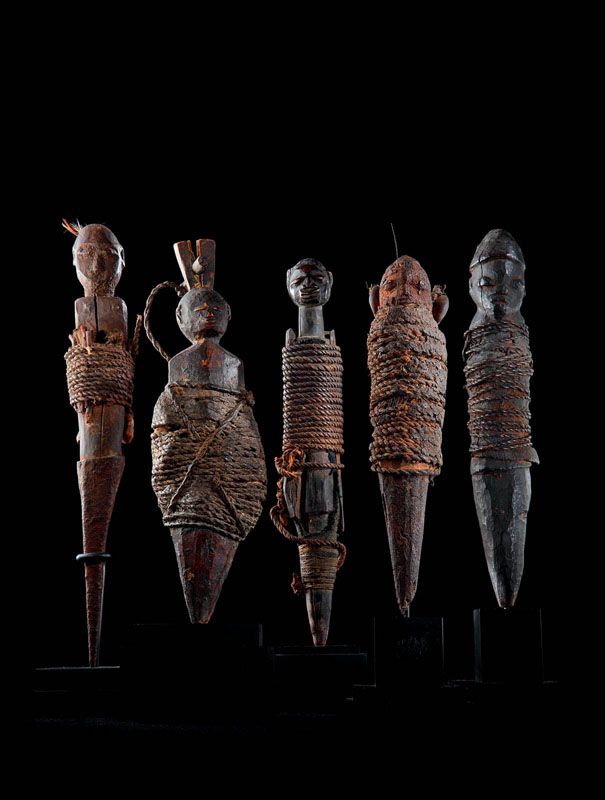 member and that really creeped her out.  The other entity that was following her was an Owl type of creature that would watch her from the air vent.  I will call this entity:  OWL IN THE VENT.    One time the family member saw the Owl in the Vent looking at her and in the background, she could hear chainsaws revving up.  The chainsaw noises followed her from the hospital to the house.  During our investigation, we obtained 3 EVPs.  One EVP said “Noooooo” when asked if they were here, because of the curse.  The other EVP were words that were unintelligible.  The 3rd EVP sounds like a robotic man’s voice, saying…”I’m not”.  Carolann Castro used her dowsing rods to try and locate the entity.  When the dowsing rods came to a particular spot and crossed over, we tried to obtain credible evidence, such as with photos or an EVP.  No evidence was obtained.  After the investigation, I conducted a Catholic house blessing and Deanna conducted a Palo Santo Wood metaphysical house blessing and everything seemed “lighter” after the blessings.

I hope you enjoyed the story about our investigation in Vallejo.  Below, are some of my paranormal anecdotes.  Sit back and enjoy, see below.

4/6/2018: I was on the bus yesterday going home and talking with a fellow bus rider named Clark that works at Department of Consumer Affairs. Come to find out that when he was in the Air Force, he had to do some errands at Grambling University and when I was in the Army’s OPFOR, I taught the ROTC at Grambling University, the Soviet Threat. What a small world, here is info on Grambling University: en.wikipedia.org/wiki/Grambling_State_University – Grambling University is very haunted. Students have reported chalk being thrown by an unseen force in one of the classrooms and they believe that the chalk being thrown around is being done by a deceased female teacher. The deceased female teacher (student does not want to divulge the name of the teacher) was beloved by her students and was known to throw chalk at any student who fell asleep in her classroom.

During my stay with the Department of Health Services – Radiological Health Branch, we would have our annual retreat at the Marconi Conference Center, as seen here:marconiconferencecenter.org/ They say that the Marconi Conference Center is haunted by a grizzly bear. The last grizzly bear was killed on August of 1922 in Tulare County. Michael Danning from Pacific Grove, CA visited the park in the Summer of 1988 and came across a very large bear. Michael says the bear was a grizzly bear. Michael has hunted grizzly bears in Alaska and is very familiar with this species. All grizzly bears in California are extinct, but yet Michael was staring right at a grizzly. The bear walked right through a small tree and kept walking away, 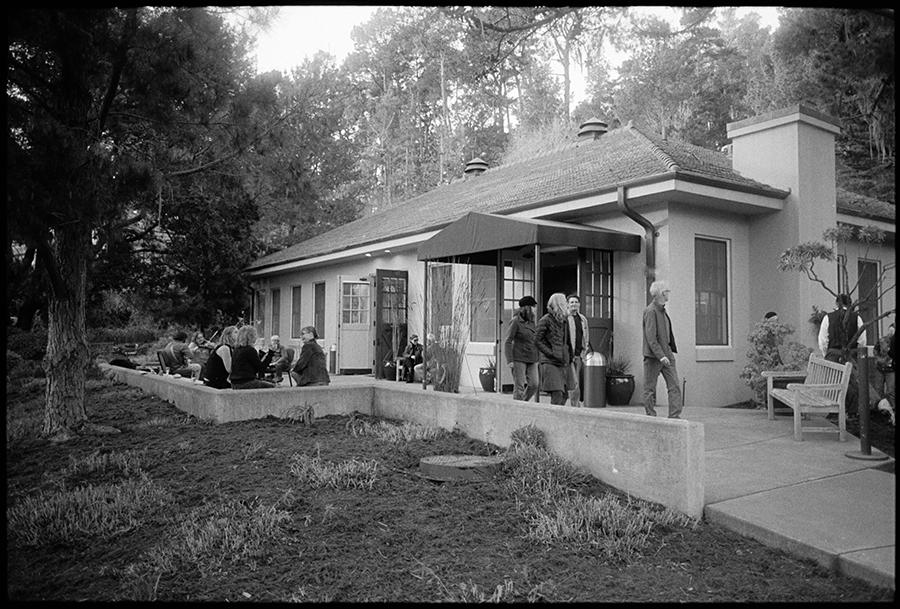 until it was gone. Michael believes that he saw the ghost of a grizzly bear. Michael says he refers this grizzly ghost as the Marconi Grizzly. Another ghost at this location is the Marconi Beach Bum. 4 visitors have seen this ghost. The ghost has sandy blonde hair, torn beach clothes, bare feet. It seems to just walk slowly on the trails. One person named Jennifer says that she saw it vanish before her very eyes.

My life has been centered around fires. Let me explain. When I was a kid in Monterey, I was playing with matches in the backyard. The family left me “home alone” and I took advantage of it. As I was playing with the matches, the fire from the match caught onto some pine needles. Before I knew it, 4 pine trees were on fire and I was trying to put out the fire with water from the garden hose. Before I knew it, the fire trucks were in front of my house and putting out the fire. Four weeks later my dad is looking out the back sliding door window and notices that 4 pine trees have blackened soot on their tips. My dad was dumbfounded on what he was seeing and yelled out…”Rose?” Rose is my mother’s name. When my mom was looking out the window, she knew I had to be behind this and she looks at me and says…”Dale?” Dale is my middle name. After spending weeks on house restriction, my dad finally released me off restriction. My parents took me to a carnival and we ran into Smoky the Bear. My dad looks at me and says: “tell Smoky what you did.” So, there I am, a little kid telling 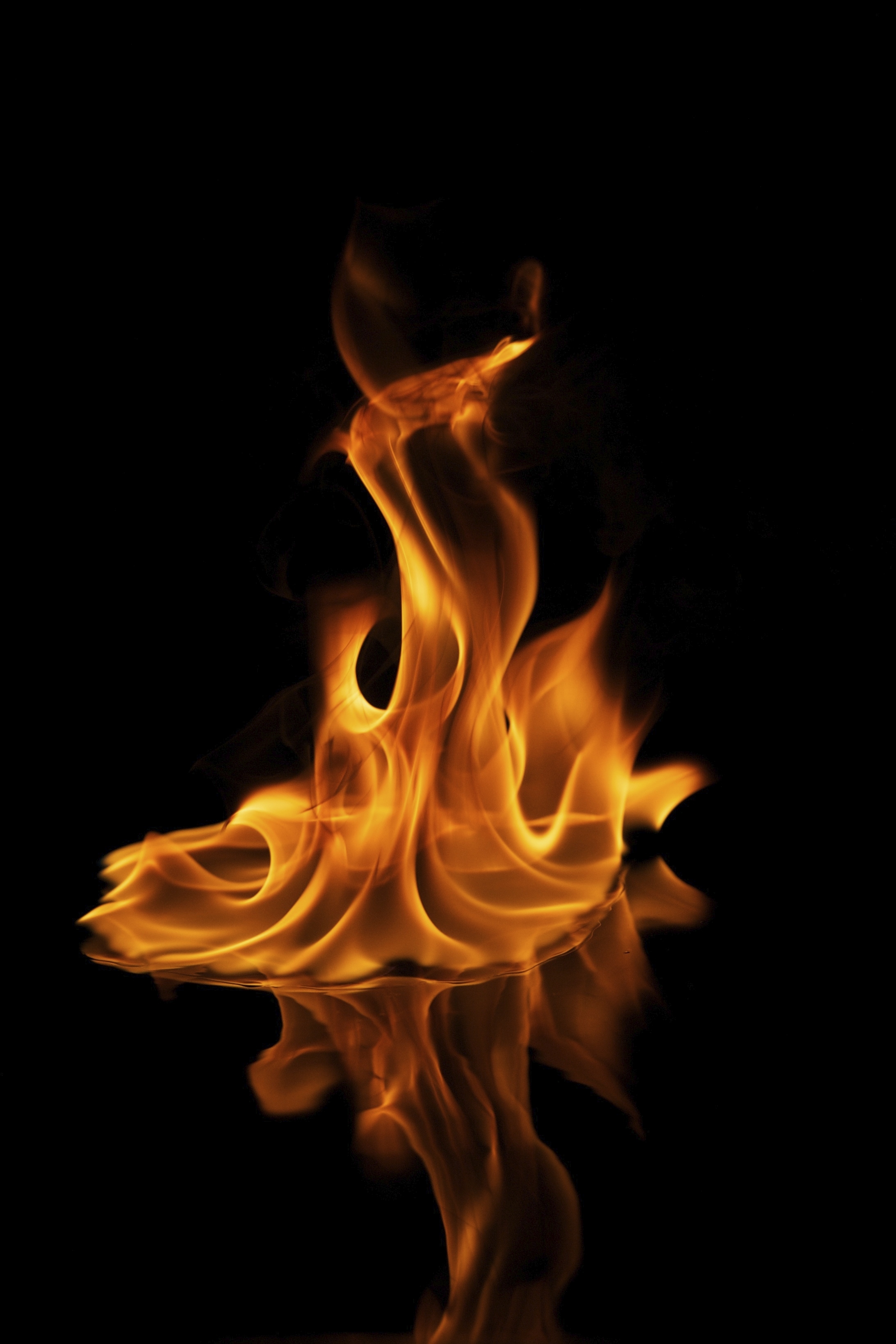 Smoky how I was playing with matches and set our backyard pine trees on fire. Smoky scolded me in a nice way, but still made me feel bad. I felt a few tear drops running down my cheek. As a kid, I wondered if the fire had a life of its own. It seemed like seconds and the fire went from the match to the pine needles to the trees. It seemed to do this on purpose and acted like it was alive.

When sitting and watching a fire, it is easy to get the idea that it is alive. It moves dynamically, dancing and sending sparks. It is able to spread across a surface, and move about from combustible object to combustible object. It consumes such materials as wood, converting them into ash and other byproducts. It needs oxygen, as though it were breathing. So as you can see fire has the quality of life. In 1977, I worked with the California Division of Forestry (which is now called CalFire). I was a firefighter and fought some of the big blazes in the Sierras. While fighting one fire, my Captain yelled at me to put out a spot fire. I was doing what the Captain told me to do and turned around and there were flames 20 feet high, singeing my hair. I could feel the intense heat on my face. The Captain using a few choice words, yells at me to get into the roots of the fire. Finally, I could not take it anymore, threw down the hose, the hose moving like a snake in the air went all over the place and I jumped up on the fire truck, arms crossed and yelled at the Captain…”f you, I quit” with my middle finger exposed. What I learned is that fires are scary and at times seem evil. Some firefighters actually claim that they were followed by a small fire. That the small fire would hop from one place to another and seemed to be shadowing a firefighter. Some of the firefighters actually believed that fires were alive. Joan Beachum of Maryland says that her husband is a firefighter and that one time fighting a fire, he was surrounded by 8 small flames. As he walked away from the flames, they actually followed him. He prepared to hose them down and the flames scattered and went into the woods to join the big fire. Joan says that her husband believes those small flames had intelligence. Life doesn’t have to have a humanoid body, it can have a body of pure energy. Fire is pure energy.

Today Is A National Holiday In Costa Rica!