I talked with a man recently who is into something called ‘sacred activism.’ The phrase gave me pause, but I gave him the benefit of the doubt. That was a mistake. It’s a crock. 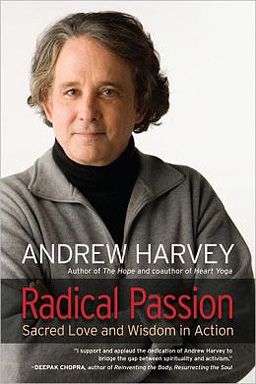 Sacred activism’ is a term coined by Andrew Harvey, as aadvertisedon his website, “The Institute for Sacred Activism.” He invites people to “join the school of sacred warriorship, and describes his philosophy in stirring language.

“A spirituality that is only private and self-absorbed, one devoid of an authentic political and social consciousness, does little to halt the suicidal juggernaut of history. On the other hand, an activism that is not purified by profound spiritual and psychological self-awareness and rooted in divine truth, wisdom, and compassion will only perpetuate the problem it is trying to solve, however righteous its intentions.

“When, however, the deepest and most grounded spiritual vision is married to a practical and pragmatic drive to transform all existing political, economic, and social institutions, a holy force – the power of wisdom and love in action – is born. This force I define as Sacred Activism.”

As such, Harvey’s core statement is an excellent example of the true within the false.

The adjective sacred implies an adjunct to the prime thing, which is activism. As such, sacred activism is an attempt to infuse political and social work with spiritual insight and impetus. Such an approach not only promotes the incorrect priority. By trying to “marry spiritual vision” to the “pragmatic drive to reform institutions,” it diminishes the former and denies the latter.

There can be no marriage or merger of the spiritual and political, the contemplative and the active, since they are distinct modes of being. The question is, can they be kept distinct, giving priority to the spiritual dimension, and yet work together harmoniously?

The conversation and correspondence with one of Harvey’s adherents does not inspire confidence. When the subject turned to the inner life, I made a comment and asked a question that elicited a strong reaction.

I was met with the reaction that “it was mumbo-jumbo…I have tried to stay clear from such highfalutin ideas/ideals.” Whoa. So much for the sacred in sacred activism.

At that point, the fellow cut off communication, and disinvited me to speak his group, for which I’d begun to make plans. What set him off?

Here’s a clue. In the same correspondence, he spoke of recently signing an agreement to “pay $300 to be able to show ‘The Shift’ anytime I 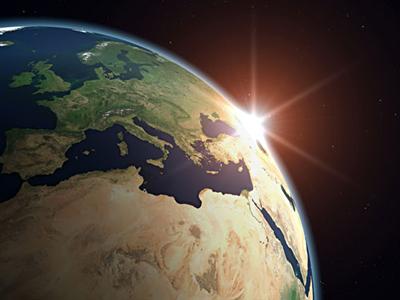 Things apparently went wrong when I viewed the trailer (https://www.youtube.com/watch?v=NGXFEFQf9q) and commented that I’d never been one for motivational speakers, that they always have the opposite effect on me, and this clip even more so. I asked, obtusely given his exclamation marks, if he really subscribed to the worldview embodied by the trailer.

Still, the core insight and question stand. I understand that the movement of negation and ending of psychological time are extremely difficult concepts to intellectually grasp, and even more difficult to actually apply. They are not ‘highfalutin ideas/ideals’ however.

Even so, what does the movement of negation and the ending of psychological time mean, and how does one bring them about?

Through passive watchfulness (meaning non-direction, non-judgment and non-interference) of one’s inner movement, awareness grows quicker than the reactions of thought and conditioning. Attention gathers unseen, and initiates the movement of negation.

Then every thought and emotion that arises is instantly seen as it unfolds, and ends, allowing the mind to stop chattering and the heart to empty itself of hurt, suffering and sorrow. When attention is effortlessly sustained, and the mind-as-thought falls completely quiet, psychological time ends.

Can these things be conveyed? I wouldn’t be writing this column if I didn’t feel so. But they cannot be captured, imitated, or achieved as goals. One has to play and experiment with them. No coercion, method, or technique of meditation can bring about the movement of negation and ending of time.

Finally, can these insights, applied by people who have an inner life, form the living foundation for political and social activism? That’s an open question, more a matter of timing than philosophical expression and understanding.

There certainly is great urgency for people to develop both an active inner life, and non-reactive activist work. They have to be kept distinct, and in the right order however. Sacred activism is not just a non sequitur; it’s a non-starter.

Costa Rica Directions; Why Waze is So Popular