Election News – Well everyone can look forward to another 4 years with Obama.  This incident was pretty much the nail in Mitt Romney’s coffin unless he absolutely destroys Obama in the debates.  With mainstream media spinning this, it has all but sealed Obama’s re-election.  Which in my mind is the beginning of the end, as apathy and laziness will be supported by the government in the USA. 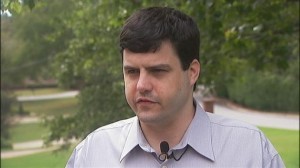 The grandson of former president Jimmy Carter revealed he helped expose the secret Romney fundraiser video that sparked a firestorm on the campaign trail. He said his motivation “is to help get Democrats elected” and to get back at the GOP presidential nominee for his criticism of his grandfather’s presidency.

“It gets under my skin– mostly the weakness on the foreign policy stuff,” James Carter IV told NBC News. “I just think it’s ridiculous. I don’t like criticism of my family.”

He told NBC News that he e-mailed his grandfather Mother Jones’ story about the tape and was congratulated Tuesday morning. “James: This is extraordinary. Congratulations! Papa,” Carter said the former president responded.

The leaked video appeared on the website of the liberal magazine Mother Jones Monday and showed Romney speaking to supporters about Obama voters who he did not expect to vote for him.

The source who shot the video told NBC News that it documented a May 17, $50,000-a-plate fundraiser at the home of private equity titan Marc Leder in Boca Raton, Fla.

After Democrats seized on the comments, Romney conceded late Monday that they were “not elegantly stated” and “off- 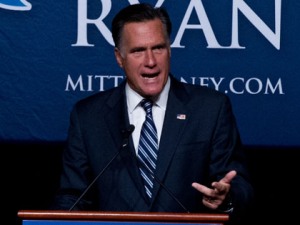 the-cuff.” Romney did not apologize, though, and instead reiterated his belief that Obama’s campaign relied upon voter dependency.

James Carter IV told NBC News that he tracked down via Twitter the source who taped Romney speaking to supporters at the closed-door fundraiser.

After coming across a video on YouTube, he eventually connected with its source on Twitter and persuaded the source to release the full tape to Mother Jones magazine, Carter said.

Carter, 35, described himself as a “partisan Democrat” and said he is currently unemployed and did not get paid by the Obama campaign or a political organization for his role in exposing the tape, NBC News reported.

Both Romney and his running mate Paul Ryan have frequently compared President Obama to Jimmy Carter in trying to make the case that both men suffered failed presidencies.

In accepting the GOP nomination for president earlier this month, Romney said in his prepared remarks that “every president since the Great Depression who came before the American people asking for a second term could look back at the last four years and say with satisfaction: ‘you are better off today than you were four years ago.’ Except Jimmy Carter. And except this president.”

Days earlier, Ryan said that, “simply put, the Jimmy Carter years look like the good old days compared to where we are right now.”

Peter Wehrer, a former deputy director of speechwriting for President George W. Bush and who also worked in the George H.W. Bush and Ronald Reagan administrations, told Politico in May that invoking Carter “lightens up certain regions of the mind and brings to mind ineptness and incompetence.”

In alerting his grandfather to the Mother Jones video story, James Carter IV used the subject line “huge campaign news,” and wrote that it was “my biggest story yet.”

He detailed how he said he persuaded the source that shot the video to release it to the press.

In late August, shortly before the Republican National Convention, Carter said he came across a brief YouTube clip where Romney was talking about his investment in a Chinese company.

The link was originally posted under the name “Rachel Maddow” then reappeared under the account “Anne Onymous” because the poster did not have a connection to the MSNBC host.

Carter said the video “piqued my curiosity,” and after tweeting a link to the video noticed that a Twitter user under the name “Anne Onymous” had begun following him on the service.

He then initiated a conversation that convinced the follower to hand over the video to Mother Jones, Carter told NBC News.

Seems to me that Romney, much like the last GOP oaf 4 years back, is just an effort to have the country think that the House and Senate actually care about working Americans. Let be frank about this. The majority of Americans living in Costa Rica are either running from the US government to avoid taxes, running from the US government due to illegal banking efforts in the states, retired big spenders OR college students abroad. Their is really no other reasoning for the residency here in Costa Rica. Americans in general could go to the US/ Brittish Virgin islands, Puerto Rico, Hawaii or California/Florida and get the same thing in weather and sights minus the debris, poverty and open coruption. I wouldnt complain about Obama so much when living here and seeing the difference between the 2 nations is like Mcdonalds vs a 4 star restaurant. Get a grip editor.