Costa Rica Sports News – On Sunday afternoon, Abby Wambach served notice that she still is the most dangerous striker in the world. Wambach scored four goals, three with her head, to lead the US Women to a 6-0 romp over Costa Rica in the final of the CONCACAF Women’s Championship at PPL Park. 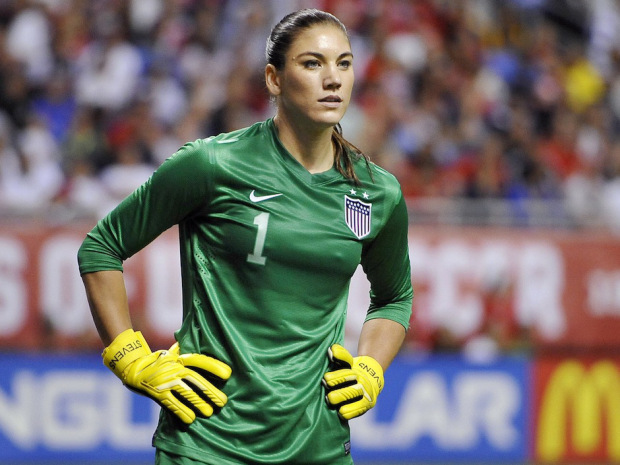 It was the second time in her career Wambach has scored four goals in a game, and she eclipsed Michelle Aker’s World Cup qualifying scoring record with her 18th goal in the CONCACAF competition.

Having already clinched a spot in next year’s Women’s World Cup in Canada with a 3-0 win over Mexico on Friday, the U.S. had little to prove other than their utter dominance of the CONCACAF region. The win over Costa Rica clearly showed that. After a slow start, with a 1-0 win over Trinidad and Tobago, the U.S. beat Guatemala 5-0, Haiti 6-0, Mexico 3-0 and Costa Rica.

In addition to not allowing a single goal the entire tournament, the U.S. only allowed one shot on goal and that came in the opening game against Trinidad. Incredibly, all time, in 26 qualifying games, they have given up just five goals.

The USA barrage started early, with Wambach getting her first just four minutes into the game. Morgan Brian, the only college player on the team, played a short chip into the area from the left side, and Wambach headed the ball into the net.

Carli Lloyd broke up Wambach’s chance of a natural hat trick with a goal in the 18th minute. Megan Rapinoe’s corner kick from the near side found Wambach inside the area. The U.S. striker got her head on the ball, redirecting it to Lloyd who was just in front of the net. Lloyd headed the ball past Costa Rica goalkeeper Dinnia Diaz.

After setting up Lloyd, Wambach got her second of the night in the 25th minute with an assist from Lloyd. Lloyd made a run down to the corner and served a perfect ball into the center of the box for Wambach to finish with her head.

Wambach became the first player, man or woman, to score a hat trick at PPL Park, home of MLS’s Philadelphia Union, in the 41st minute heading in a chip from Megan Rapinoe.

Wambach finished off the natural hat trick in the 71st minute, running onto a ball out of the midfield from Sydney Leroux, and curling a shot off the hand of Diaz inside the left post.

Leroux got in on the act two minutes later, heading in a cross from Tobin Heath.

The near misses were nearly as plentiful as those that went in. In the 12th minute, Lloyd fired a booming shot from inside the box that Diaz stopped. In the 22nd minute, Megan Klingenberg’s shot was blocked by Daniel Cruz and the rebound fell to Lloyd who put it over. Lloyd had the best chance of the first half that didn’t go in, breaking in on goal in the 31st minute before sailing a shot over right corner.

Diaz made a big save on a shot by Lloyd in the 45th minute, pushing the ball over the line. Leroux, who came into the game in the 57th minute in place of Brian, narrowly missed one on the 64th minute, cutting into the box on the right side and sending a shot across the mouth of the goal just wide.

Electricity to be Privatized in Costa Rica?

Reasons An Ebola Quarantine Is a Very Bad Idea