Costa Rica News – It is nice for Costa Rica to have some new shiny toys to play with and “promote fight against drug trafficking”, but will they actually do anything is the question. 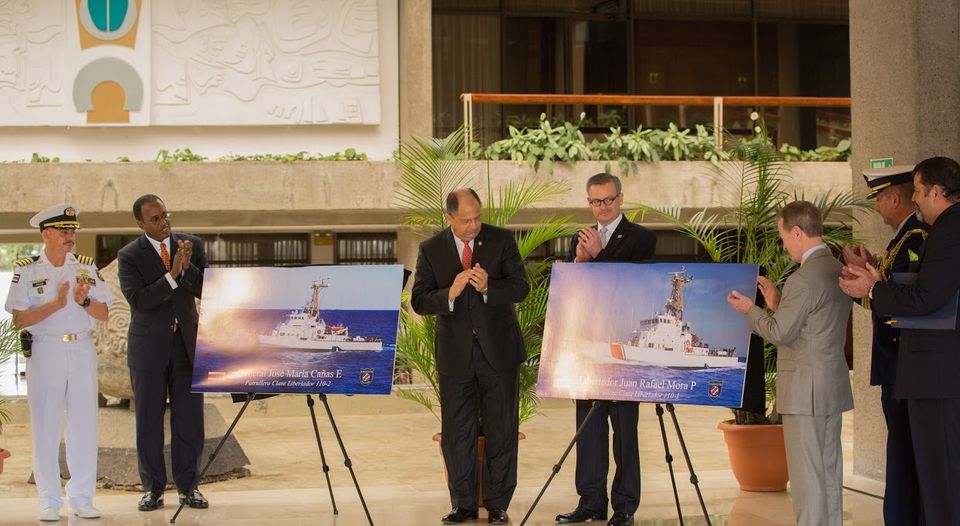 The US ambassador in Costa Rica, Coast Guard director and President Luis Guillermo Solis were among those present for the announcement of the donation of two new patrol boats.

Costa Rica will receive them in 2017.

They are especially equipped with the most modern communication equipment in order to combat drug trafficking as well as organized crime.

Costa Rica is proud of having intercepted more drugs at sea than almost any other country in the region.

These ships will help that reputation continue and intercept even more.

The patrol boats are Class Libertador, which are 110 feet long. They have excellent operational range.

They are valued at $18.9 million and will quintuple the country’s abilities.

Now time for my two cents. The war on drugs is like the big foot. Governments say they are doing it but no one really knows if it is just shipments the cartels allow the government to bust or if there is an actual war on drugs.  My guess would be is it is all smoke and mirrors,