Unspooky Action at a Distance

To a philosopher, a statement like the following is a gold mine: “According to quantum mechanics, particles do not take on formal properties until they are measured or observed in some way. Until then, they can exist simultaneously in two or more places.” 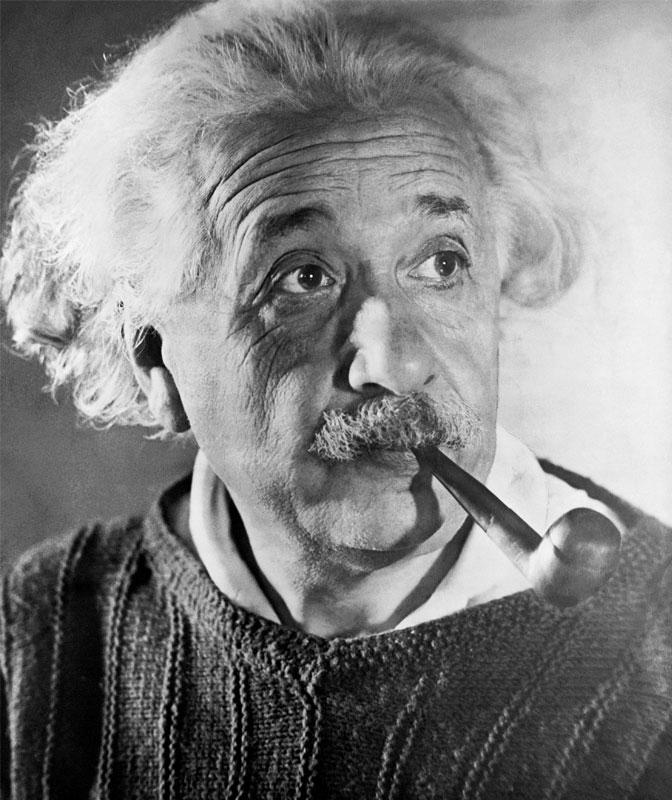 Recent experiments in the Netherlands have all but closed the “loopholes” on what Einstein called “spooky action at a distance,” the quantum phenomenon whereby “objects separated by great distance can instantaneously affect each other’s behavior.”

Basically, the experimenters were able to replicate, or ‘entangle,’ the ‘spin’ of electrons within two tiny traps for electrons in diamonds. Then they placed them some distance apart, after which measuring one instantly affected the measurement of the other. Somehow the subatomic particles were exchanging information instantaneously, without regard to space-time.

As the article about proving ‘spooky action at a distance’ stated, “Einstein derided the idea that separate particles could be ‘entangled’ so completely that measuring one particle would instantaneously influence the other, regardless of the distance separating them.” But that is precisely what the experiment showed.

What kind of universe are we living in that there seems to be two different fundamental realities, quantum and classical? What does it mean for particles to take on ‘formal properties’ (that is, Newtonian physics) only when they are measured, but before then they can exist in two or more places at the same time?

We’re told that we cannot understand quantum reality, and must accept that particles, once measured, simply snap into classical reality, existing in only one place, but beforehand exist in two or more places at the same time.

Einstein was very uncomfortable with quantum uncertainty, and famously said, “God doesn’t play dice.” But what if the quantum/classical conundrum is precisely that, which is to say, God (the underlying laws, principles and creative force of the universe) does play dice?

Randomness is built into the universe because the cosmos is continuously being created, and there is always a strong element of uncertainty in the nature of reality. It’s just more apparent at the quantum level, whereas at the classical, or everyday and commonsensical level, things are more stable, and seem more constant.

In other words, quantum mechanics is not mechanical at all.

In addition, “one of the bedrock principles of standard physics,” we are told, is “‘locality,’ which states that an object is directly influenced only by its immediate surroundings.”

However as anyone who’s had a genuine mystical experience directly experiences, ‘locality’ is the ephemera, a figment of our minds operating in terms of tangible physics, and more precisely, the human mind, such as the notion and desire for permanence.

These things have tremendous implications, not for “quantum communications network formed from a chain of entangled particles girdling the entire globe,” but for the understanding and development of humanity’s consciousness itself.

The tendency to reduce quantum discoveries and experiments to technological advances is no less annoying than the tendency to expand them to New Age pabulum. Given the human crisis, and the world as it is, we have to consider that what we consider reality is deeply distorted, and that both science and day-to-day life urgently require rational explanations that resolve the mysterious without denying mystery.

To my mind, and I think to anyone’s heart that regularly has what I’m reluctant to call mystical experiencing (which isn’t mystical at all once it become a regular phenomenon within one), the entire field nature and the cosmos is inseparable.

That means there is no observer separate from the field. The observer is simply the mechanism of utilitarian and scientific separation.

When the observer is seen and emotionally experienced as more than that, as having an independent reality, it becomes the source of contradiction and conflict in man’s existence.

Science is predicated on the notion of a separate observer that stands apart from his or her observations. There can be no science without it.

That’s not a problem as long as the scientist is first a human being; it only becomes a problem when the human gives priority to the fundamentally separative stance of science.

This is tough stuff. But as most people realize, life is tough and there is no use complaining about it. To expect it to be otherwise is to make life much tougher and less enjoyable than it’s meant to be.

Want to Make Money on Gambling & Casinos and Not Pay Taxes? Costa Rica is Your Spot