Costa Rica News – Whether you are travelling to Costa Rica for vacation or medical tourism it is getting easier and easier to hop a plane and get there.  United Airlines is the latest to add non-stop flights to the land of “Pura Vida”. 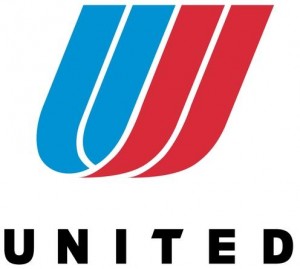 All routes will be operated with Boeing 737-800 aircraft with 16 seats in United Business, 48 seats in Economy Plus and 90 seats in United Economy class. The new flights complement United’s existing service to Guatemala City and San Jose from the airline’s hubs in New York and Houston.

United is investing in upgrading its onboard products and now offers more flat-bed seats in its premium cabins and more extra-legroom economy-class seating than any airline in North America. In 2013, United became the first U.S.-based international carrier to offer satellite-based Wi-Fi on long-haul overseas routes.

Only in Costa Rica for Week of April 15th

¡Muchísimas gracias, Mr. Stevens! Info about 1-way flights from the U.S. to C.R. is VERY good info to have for those of us who make numerous trips to the land of *Pura Vida*. If I find that I will be travelling to the D.C. or to Chicago, I will be predisposed to using the United 1-way flights if I am then going on to C.R. Of course, I don’t use air travel to get to, or to leave, those U.S. cities from about November and through about March or April due to the severe inclement weather during those months that brings snow, ice, and sleet. This is why I am hoping that United and possibly other U.S. based airlines will consider including LAX (Los Angeles), or some other West, or Southwest location, in their 1-way service to C.R.

I’m sure there are alot of dental needs in just California which has an adult population of approximately 30 million people. Let’s see…32 teeth (in every adult human) times 30 million = 960 million teeth. WOW! O.K., so some of those teeth have already been lost or have had dental work. That still leaves a LOT of teeth for C.R. dentists to work on!