Costa Rica Travel –  Small ship specialist Un-Cruise Adventures is trying a new itinerary with cruises between Panama and Costa Rica in the winter of 2016. 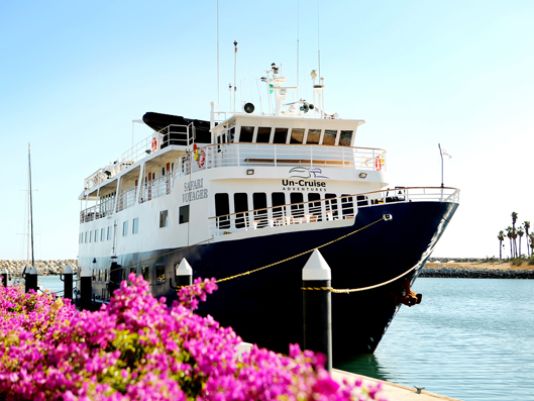 The line will use its 64-passenger Safari Voyager on the route. It plans 29 one way sailings, all including a transit of the Panama Canal, between San Jose, Costa Rica and Panama City, Panama.

Although a popular destination for Americans, Costa Rica has not attracted a lot of cruise tourism. Its popular features are on the Pacific Ocean side so it can’t be easily included in Caribbean itineraries from Florida and Gulf coast ports. Un-Cruise, a West coast specialist, figures it is well suited to step into the void.

The adventure side of the cruise will involve exploring mangroves of Golfo Dulce by skiff or kayak, watching for sloths on a jungle hike in Costa Rica’s Manuel Antonio National Park, relaxing and snorkeling on the palm-lined beach of Isla Tortuga or taking a jungle hike in another Costa Rican national park to see monkeys, anteaters and birds.

Rates begin at $2,995 which includes activities, meals, wines, premium spirits and microbrews, transfers and all port charges, taxes and fees.

Check Out Their Cruises.