Ever wonder why more and more people are heading to Costa Rica? Perhaps this might be it. Americans are ditching their U.S. passports in record numbers, a sign of growing frustration with a system that taxes U.S. citizens on their global wealth whether they live in Montana or Mongolia. 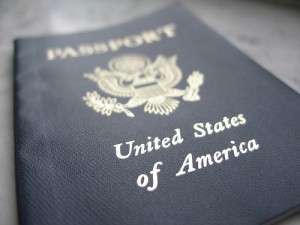 The latest bold-faced names to relinquish their U.S. citizenship include Mahmood Karzai, a brother of Hamid Karzai, the president of Afghanistan, according to federal data released Wednesday. Also on the list, published quarterly by the Internal Revenue Service, is Isabel Getty, the daughter of jet-setting socialite Pia Getty and Getty oil heir Christopher Getty.

In total, more than 670 U.S. passport holders gave up their citizenship — and with it, their U.S. tax bills — in the first three months of this year. That is the most in any quarter since the I.R.S. began publishing figures in 1998. And it is nearly three-quarters of the total number for all of 2012, a year in which the wealthy songwriter-socialite Denise Rich (christened “Lady Gatsby” by Yachtingmagazine) and Facebook co-founder Eduardo Saverin joined more than 932 other Americans in tossing their passports.

If the recent quarter’s pace continues, 2013 will become a landmark year for saying goodbye to America, tax-wise.

“It’s the cumulative effect of the I.R.S. ‘jihad’ against foreign bank accounts,” said Phil Hodgen, an international tax lawyer in Pasadena, Calif. He said growing numbers of Middle Eastern investors were ordering their dual-citizen children to dump their U.S. passports if they wanted to inherit family-owned companies without onerous U.S. estate taxes.
While dumping citizenship may seem unpatriotic or smack of tax avoidance to some critics, tax lawyers blame the byzantine complexity of American tax regulations.

The rules “are confusing, complex, and so complicated that even Americans with good intentions can easily find 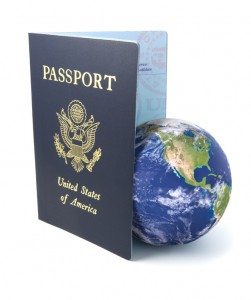 themselves running afoul of the law,” said Jeffrey Neiman, a former federal prosecutor who was involved in the government’s offshore banking probe and is now in private practice in Fort Lauderdale, Fla. “This very well may explain why we are seeing a record number of Americans renouncing their United States citizenship.”

The trend has swelled amid a widening crackdown by the U.S. Justice Department on offshore private banking services sold by Swiss and Swiss-style banks to wealthy Americans in recent years. Nearly a dozen foreign banks, include Israel’s Bank Leumi, HSBC, Credit Suisse (CS), Julius Baer and Swiss cantonal, or regional, banks are under criminal scrutiny; last year, Wegelin & Co, Switzerland’s oldest bank, was indicted and put out of business. More than four dozen wealthy Americans and their foreign bankers have been indicted or charged in recent years.

More than 39,000 Americans have come forward in recent years to declare their secret accounts to the I.R.S. in exchange for reduced fines and penalties, but officials suspect that is a fraction of the total number of people either deliberately hiding or unwittingly not reporting their foreign accounts. I.R.S. data for 2012 shows just over two million tax returns filed in 2012 by overseas Americans, compared with an estimated six million Americans living or working abroad. Only a fraction of Americans with foreign bank accounts are also filing required disclosures known as Fbars, according to federal data.

Expatriations first picked up pace in 2010, when more than 1,530 Americans dumped their passports. Sparking that uptick, tax lawyers say, was a deal by UBS (UBS), the Swiss bank giant, the year before to disclose more than 4,000 American client names to the I.R.S. and pay a record $780 million for selling offshore services that violated U.S. tax laws.

In January, Karzai told Radio Free Europe/Radio Liberty’s Radio Free Afghanistan that “the reason I gave up my U.S. passport and citizenship is that I have been working in Afghanistan for the past 12 years,” according to a transcript. He added that “I might become politically active, therefore I decided to give up my [U.S.] passport.” Karzai could not immediately be reached for comment.

Karzai is a shareholder of the scandal-plagued Kabul Bank, Afghanistan’s largest bank that nearly collapsed due to fraud, according to global media reports in March. Getty, a student at New York University, according to her Facebook page, could not be immediately reached, and emails to her mother, a filmmaker in London, were not immediately returned.

By Lynnley Browning From CNN

The Brain Is More Than the Mind