Costa Rica News – This topic is a one that makes me personally very angry.  Unfortunately, until Costa Rica becomes serious about protecting its waters and stops being influenced by the shark fin money coming from Asia it will not change. 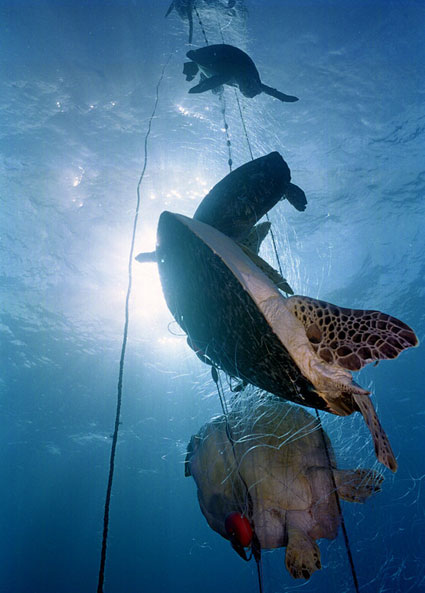 As I write this I am in Costa Rica at a fishing village called Los Suenos. This part of Costa Rica is on the Pacific side of the country, about two hours west of San Jose, the capital city. A large sport fishing fleet fishes out of the Los Suenos marina here. A friend of mine runs the Costa Rican Dreams sport fishing boats out of this marina and has fished these waters his whole life. I sat down with him to discuss the health of the fishery here and what, if any, changes he has seen during his time on the water.

In short, his boats are starting to catch a lot more yellowfin tuna and the sailfish continue to be big and plentiful in the winter months. During the last week he told me blue marlin are beginning to show up at the drop-off about 25 miles southwest of Los Suenos. As we continued to talk fishing he told me that the one thing that has concerned everyone is the number of dead sea turtles his captains have been reporting. The reports first started coming in about five years ago but have drastically increased over the last few years. I asked him what he thought might be causing the problem, and without hesitation he told me that long liners are killing them. He said if I wanted to know more, to go down to Jaco and ask around the commercial fishing fleet down there.

So with the translation help of a local native of Costa Rica, that’s exactly what I did. The commercial fishing fleet in Jaco is miles from the tourist traps of Main Street. The fleet is made up of long liners and shrimp trawlers. Typical of most commercial fishing fleets, the look of the boats is rusty and rundown and there is a distinct odor in the air of rotten bait and wet nets. We found some fishermen to talk to and when I inquired about the sea turtles, they pointed to the long liner docked next door and told us to go ask them.

If you have never seen a long liner, the first impression can be a head shaker. Big barrels in the stern of the boat each hold miles of 150-pound monofilament line with hundreds of huge hooks spaced every 5 to 10 feet apart. Every night these boats let out dozens of lines each 10 to 15 miles long (yes, I said miles). The baited fishing hooks indiscriminately kill whatever bites the hook. This fishing practice is common and goes on in the Unites States as well. Turtles eat jellyfish, so the turtles are not biting the hook, but they do become entangled in the line and drown.

When I asked the man standing on the dock repairing fishhooks about the sea turtles, he just shrugged and said they are a “Dolor en el Trasero,” literal translation “pain in the butt.” When I asked him how many turtles get caught in the lines every night, he told me “a lot less now” and that “there does not seem to be as many turtles as before.” So it was as I thought, the long liners were to blame, which comes as no great surprise.

What was a surprise to me was when I started researching the commercial fishing fleets out of Costa Rica, I found that a very large percentage are Chinese-owned. The reason is the commercial landing licenses, a law that was passed to help keep the commercial fishery Costa Rican-owned, but which has actually had the opposite effect. The large Chinese fishing conglomerates simply came in and purchased the local fishing companies, and now some 60 to 70 percent of all fish caught off Costa Rican waters are frozen, packaged and shipped to mainland China. By the way, when they are done destroying the fishery off the coast of Costa Rica, they will simply move down the coast to Panama or up the coast to Nicaragua.

Here are some facts about this ecosystem catastrophe from a study recently completed by the Journal of Experimental Marine Biology and Ecology. And, shocker, the country’s fishing authority, the Costa Rican Fisheries Institute, has played down the importance of the study; the institute is known for corruption.

• Nearly all of the seized sharks died because fishermen removed their fins, worth $10 to $70 per kilogram in Asian markets where they are sold, and tossed them back in the ocean still alive.

• Worldwide, shark numbers have plummeted 90 percent in the last 50 years and the International Union for the Conservation of Nature listed sharks as nearly threatened in 2007. Costa Rica banned shark finning in October 2012, but the practice continues.

If you would like to know more about this study or how you can help these endangered species you can contact Randall Arauz, president of the Marine Turtle Restoration Project, at [email protected] or visit pretoma.org or iucn.org.

Fred DeGrooth Jr., a native of this area, has more than 30 years’ experience navigating the waters off our coast. He can be reached at [email protected]