Ghosts & the Supernatural – August 3, 2018 Friday – Time to be there: 8pm – Location: Somewhere off US Highway 50, Placerville. Contact Person: Michael Johnson. Activity: This may be the Mother of All Paranormal Investigations. We have major poltergeist activity, black masses seen, black shadows seen. heavy footsteps heard. House is on a cliff, but yet a big round white face with dark deep eye sockets was staring back at him from the window – could this be a Grey alien? The window overhangs a cliff, a man can not look through the window without falling to his death. They moved into this 2 story house 9 months ago and the activity is crazy. They have been pushed on the stairs, their dog goes crazy barking at something. Dryer door opens and closes, other doors open, items in the house fly off shelves or tables. They want PEACE, they need us! Please let me know if you are attending this investigation! 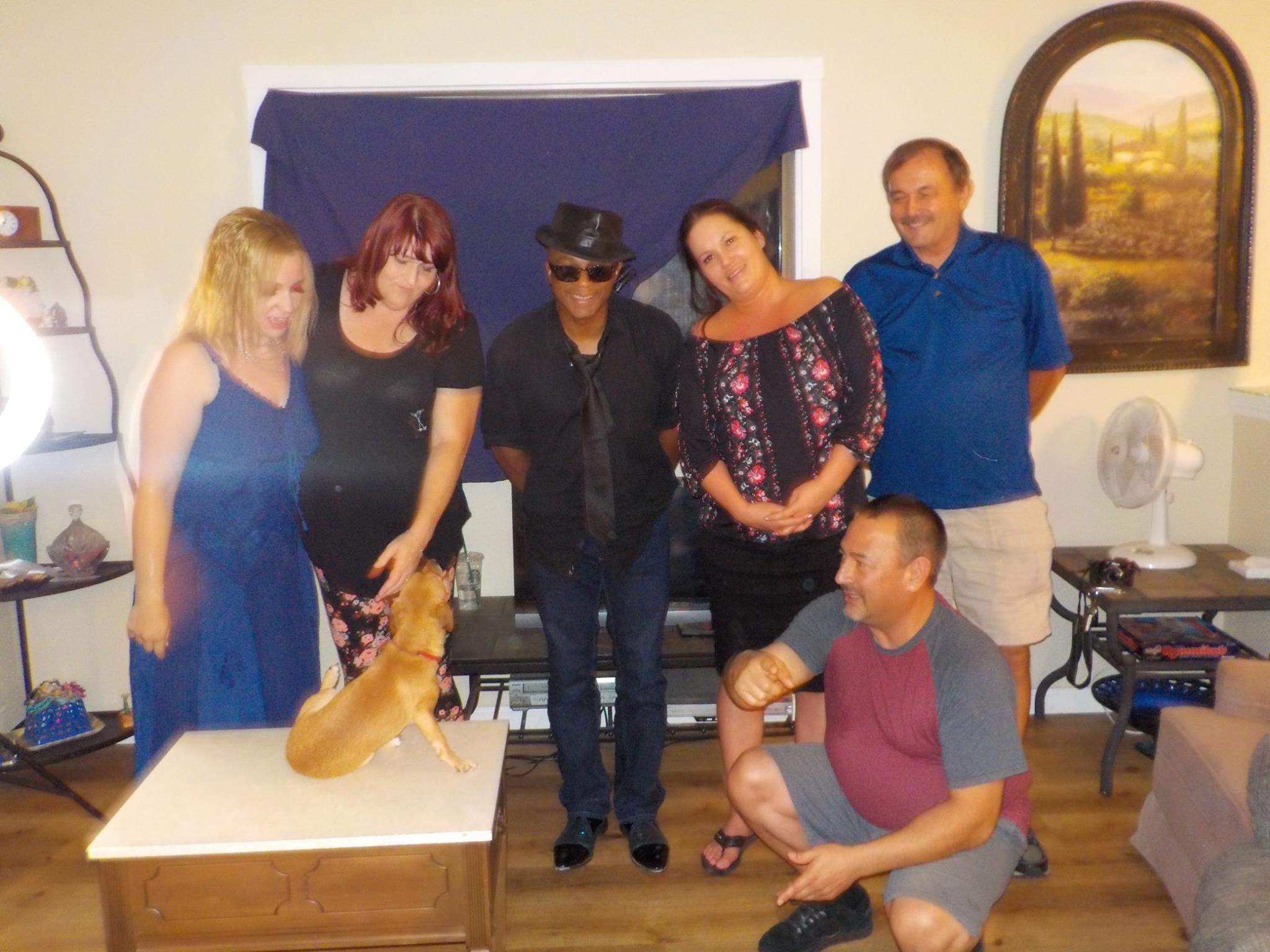 OCCUPANTS:
Anthony Michael Johnson and Barbara “Barbie” JoAn Buchanan.  A quick thank you to Barbie for the coffee, chips and dip.

SOME HISTORY:
Michael had a near death experience that dealt with his appendix.  He was diagnosed as being dead for a period of 2 minutes.  After this event, Michael became a lighthouse, a beacon to the paranormal.  Entities seem to be attracted to him, because he has placed his foot on the other side and went through the veil. Every house that Michael and Barbie have lived at, there has been a ghostly presence.  Some of the entities seem to follow Michael from one house to another.  They witness orbs in the RV.  Special Note: We investigated the RV and captured orb activity in our photographs.  Barbie says that on one night, she saw a dark shadow go from one side of the wall to the other wall.  The most seen ghost on the property is the Trenchcoat Cowboy, he is seen walking from the house towards the gate that leads to US Highway 50.  The Trenchcoat Cowboy usually trips the light sensors and you can hear the clinking of his boots.  He always wears a trenchcoat and a cowboy hat.  Michael goes on to explain that with his abilities, he can tell if something bad is going to happen.  Michael’s curse is his gift. Michael and Barbie moved into this house in January 15, 2018 and as soon as they moved in, they felt uneasiness and heaviness in the home. Barbie will get agitated for no apparent reason and loses all patience with family 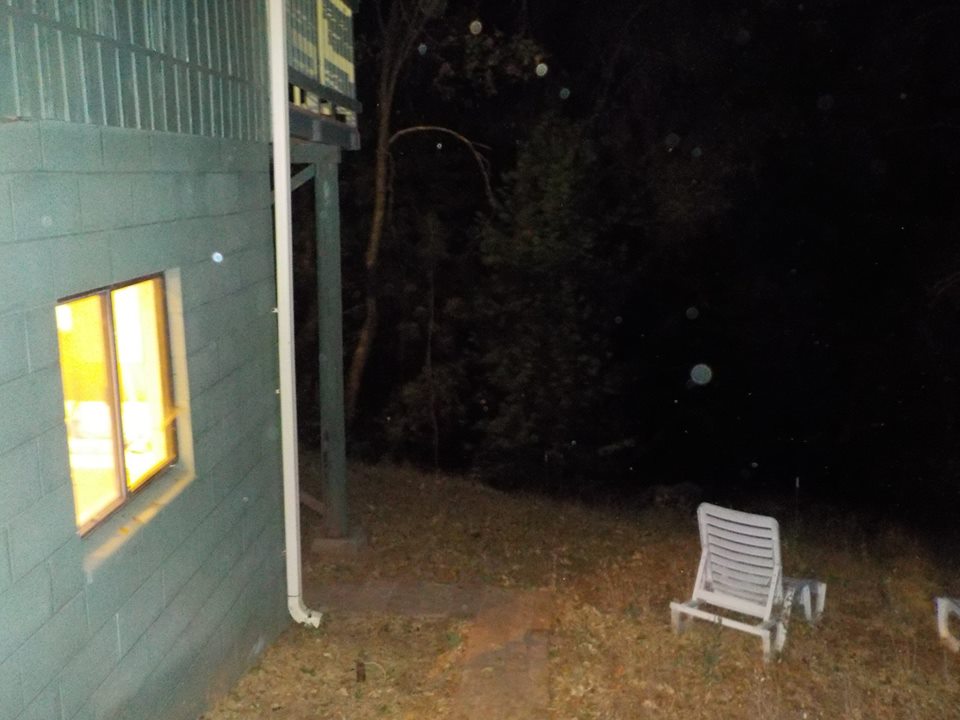 members.  Other unusual activity is that objects are moved around or dropped to the floor, dryer door closes on its own, washer becomes unbalanced for no reason, the dog will become agitated and start barking at unseen things around the house.

THE INVESTIGATION:
Lisa Steele says she obtained blisters on her foot during this investigation.  Paranormal or natural?  Answer: Not sure.  At the back of the house, Deanna and Xandean felt a strange energy flow.  When they told me about this, I started my EVP session.  We captured an EVP that says…”get off my land!”  Michael Johnson played some of his music in the garage to rile up the entities, but nothing occurred that was paranormal.  While I was getting some of my equipment out of the car, something was holding down my trunk and that happened 3 times.  Could it be the Trenchcoat Cowboy Phantom of Placerville?  Possibly.  SPECIAL NOTE: Xandean cleaned up the EVP background noise and says that the EVP actually says: “Talk More”.  I listened to it and that is exactly what it sounds like its saying.

THE CLEANSING:
I conducted a Roman Catholic house blessing and Deanna conducted a metaphysical cleansing. The occupants said the home felt better after the cleansing. Michael gave Deanna a game cam that was attached to the tree.  Michael does not know who placed the game cam on this tree that is growing on his property.  Deanna is going to find out what this game cam captured.