The tourism sector of the country spoke out of concern that the current behavior of the exchange rate is threatening activity. Walter Valverde, vice president of the National Chamber of Tourism, argued that this situation affects the development of business plans and the profitability of enterprises and their competitiveness against other destinations. 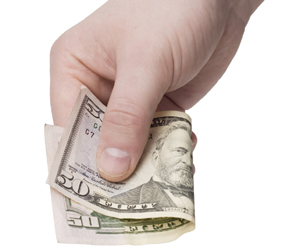 He explained that the existence of a dollar stuck to the floor of the exchange rate bands (¢ 500) creates an imbalance in the cost structure of companies, because their income is in dollars, but their expenses are in colones.

This labels the tourism industry as a sector of high risk for financial institutions.

“We are sending a message of alarm and concern that the situation has become unmanageable, we can not project costs, and this makes a lot of uncertainty,”  argued Valverde.

Economist Norberto Zuniga, Ecoanálisis firm, emphasized that the issue should be put on the table by different sectors, including the Government. “I was amazed at the appreciation of the colon,” he said.

A good performance of exports, foreign investment income, increased rates in colones and the transfer of savings into colones, U.S. currency maintains stability.

The dollar depreciated by 1.5% this year compared to its value 12 months ago.