San Jose, Costa Rica – ICT,  the Costa Rican Tourism Institute, seems that they might have been inflating the numbers of tourists actually entering Costa Rica in order to bring in more investments in that sector of the economy as well as into Costa Rica in general.  Another lie coming from the Costa Rica government? Anyone surprised? 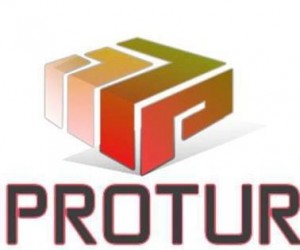 A group of tourism entrepreneurs united in the Association for the Protection of Tourism (Protur) announced on Thursday morning, it will file a civil damages suit against the Costa Rican Tourism Institute (ICT) for alleged disclosing forged numbers of tourists entering the country.

The agency, meanwhile, defended and emphasized that the numbers are not “invented” and that, conversely, are genuine and confronted with the Department of Immigration and Exttranjería at different points of entry to Costa Rica.

While the ICT says that 2.2 million tourists visited the country last year, however, Protur says the actual numbers are between 1.3 million and 1.4 million.

The difference, he insists the organization is for the entry of immigrants residing in the country or carriers in and out constantly and are counted as tourists. The ICT ensures that only 2.2 million are people who identified themselves as tourists.

Boris Marcheghiani, Protur president reiterates that the agency “does not tell the truth” and that, therefore, they will file a civil suit for damages for $ 80 million.

He argued that the claim is made because tourism entrepreneurs made their investment in new tourism infrastructure from figures revealed by the ICT, but reiterates that in practice “no such visitation and entrepreneurs are in trouble.” “There is a manipulation of information” by the ICT, said the businessman.

Hermes Navarro, head of ICT Tourism Management, regretted the actions being conducted Protur, but said that it is up to each employer make your business plan, not the institution.

“(The lawsuit) does not worry us because we are sure of the figures and we are official and substantiated. It saddens me that we spend time and money to quarrel in the courts, instead of sitting to generate new projects and allocate these funds in further promotion and incoming tourists, “said Navarro.