Totally Blind Mice Get Sight Back

Three blind mice. Three blind mice. See how they got their sight restored. Did you ever see such a sight in your life as three now seeing mice? I thought this was a pretty interesting story in the eye sight research. 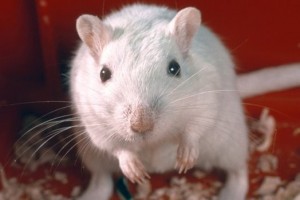 The team in Oxford said their studies closely resemble the treatments that would be needed in people with degenerative eye disease.

Similar results have already been achieved with night-blind mice.

Experts said the field was advancing rapidly, but there were still questions about the quality of vision restored.

Patients with retinitis pigmentosa gradually lose light-sensing cells from the retina and can become blind.

The research team, at the University of Oxford, used mice with a complete lack of light-sensing photoreceptor cells in their retinas. The mice were unable to tell the difference between light and dark.

They injected “precursor” cells which will develop into the building blocks of a retina once inside the eye. Two weeks after the injections a retina had formed, according to the findings presented in the Proceedings of the National Academy of Sciences journal.

Prof Robert MacLaren said: “We have recreated the whole structure, basically it’s the first proof that you can take a completely blind mouse, put the cells in and reconstruct the entire light-sensitive layer.”

Previous studies have achieved similar results with mice that had a partially degenerated retina. Prof MacLaren said this 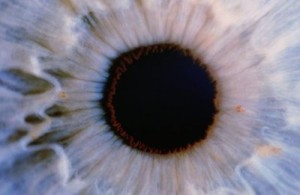 was like “restoring a whole computer screen rather than repairing individual pixels”.

The mice were tested to see if they fled being in a bright area, if their pupils constricted in response to light and had their brain scanned to see if visual information was being processed by the mind.

Prof Pete Coffee, from the Institute of Ophthalmology at University College London, said the findings were important as they looked at the “most clinically relevant and severe case” of blindness.

“This is probably what you would need to do to restore sight in a patient that has lost their vision,” he said.

However, he said this and similar studies needed to show how good the recovered vision was as brain scans and tests of light sensitivity were not enough.

He said: “Can they tell the difference between a nasty animal and something to eat?”

Prof Robin Ali published research in the journal Nature showing that transplanting cells could restore vision in night-blind mice and then showed the same technique worked in a range of mice with degenerated retinas.

He said: “These papers demonstrate that it is possible to transplant photoreceptor cells into a range of mice even with a severe level of degeneration.

“I think it’s great that another group is showing the utility of photoreceptor transplantation.”

Retinal chips or bionic eyes are also being trailed in patients with retinitis pigmentosa.

Only in Costa Rica for Week of January 7th

CR Corporations Not Paying Taxes to Be Dissolved