Top 5 Must Do’s in Costa Rica

Costa Rica Travel News – Still slowly bouncing back from the global economic crisis of 2008, Costa Rica remains its peacefully stable, if ever-so-mildly, stirred-up self. But the economy is regaining strength as tourists return in increasing numbers. 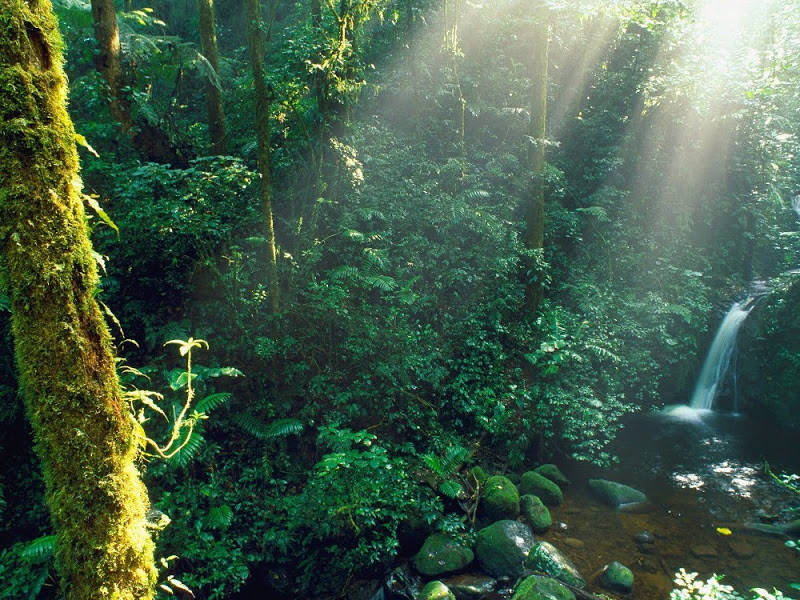 Here is a virginal forest dripping with mist, dangling with mossy vines, sprouting with ferns and bromeliads, gushing with creeks, blooming with life and nurturing rivulets of evolution.

It is so moving that when Quaker settlers first arrived in the area, they agreed to preserve about a third of their property in order to protect this watershed. By 1972, however, encroaching squatters threatened its sustainability.

Arenal was just another dormant volcano surrounded by fertile farmland from about AD 1500 until July 29, 1968, when huge explosions triggered lava flows that destroyed three villages, killing 78 people and 45,000 cattle. Eventually, the lava subsided to a relatively predictable flow and life got back to normal. Sort of.

Although it occasionally quieted down for a few weeks or even months, Arenal produced menacing ash columns, massive explosions and streams of glowing molten rock almost daily. It all ended quite abruptly in 2010, but the volcano has retained its picture-perfect conical shape and there is still plenty of forest on its lower slopes and in the nearby foothills. Arenal was made a national park in 1995.

If you dig artsy-rootsy beach culture, enjoy chatting to neo-Rastas and yoga freaks or have always wanted to fire twirl, study Spanish or lounge on sugar-white coves, find your way to Montezuma.

Strolling this intoxicating town and rugged coastline, you’re never far from the rhythm of the sea. From here you’ll have easy access to the famed Cabo Blanco reserve, and can take the tremendous hike to a triple-tiered waterfall.

Oh, and when your stomach growls, the town has some of the best restaurants in the country.

First-time runners are catered for year-round, while seasoned enthusiasts arrive en masse during the wildest months from June to October. There is also much regional variation, with gentler rivers near Manuel Antonio on the central Pacific coast, and world-class runs along the Rio Pacuare in the Central Valley.

Famously labelled by National Geographic as “the most biologically intense place on Earth”, this national park is the last great original tract of tropical rainforest in Pacific Central America.

The bastion of biological diversity is home to Costa Rica’s largest population of scarlet macaws, as well as countless other endangered species, including Baird’s tapir, the giant anteater and the world’s largest bird of prey, the harpy eagle.

Corcovado’s amazing bio-diversity has long attracted a devoted stream of visitors who descend from Bahia Drake and Puerto Jimenez to explore the remote location and spot a wide array of wildlife.

– In Costa Rica, things have a way of taking longer than expected – Tico (Costa Rican) time is in effect. Make space for leisurely meals, learn to relax into delays and take these as opportunities to get to know the locals.

– Although credit cards are widely accepted, it’s often cash only in more remote areas. It’s a good idea to have a stash of colones (Costa Rica’s currency, 100 colone is about 20 Australian cents) or dollars.

Responsibility Without Free Will