Costa Rica Travel News – Many vacationers when they travel to Costa Rica have to spend a few days in the capital San Jose. You might be on a dental or medical vacation or just have to stay in the city for business meetings. 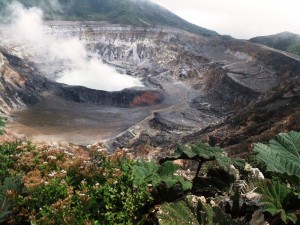 While there are numerous things to do, museums to see, and places to explore in the capital city of Costa Rica, don’t forget to take some time out to explore the other sites that this great country has to offer. There are some illuminating places to see fairly close to the city even if you only have a day to experience them.

Tortuga Island –  in the Gulf of Nicoya. These full-day tours generally entail an early departure for the 1 1/2-hour chartered bus ride to Puntarenas, where you board your vessel for a 1 1/2-hour cruise to Tortuga Island. Then you get several hours on the uninhabited island, where you can swim, lie on the beach, play volleyball, or try a canopy tour, followed by the return journey.

Poás Volcano National Park– Located about 1½ hours from San Jose the main crater supplies guests with a spectacular view. At almost a mile in diameter (1.6 km), the crater rain-fed sulfuric pool still bubbles and emits smoke into the air, reminding you of its imposing activity. Although the last major eruption was in 1910, visitors can still see geysers explode into the air up to 820 ft. (250 m) high. There are also lots of different bird species and animals to see.

Irazú National Park –There are several craters, two of which are the main attractions. The larger of the two delves 900 feet (275 m) deep, as steam rises up into the air. The smaller crater, Diego de la Haya, dips below the surface 300 ft (91 m) as its mineral-rich lake astonishingly transforms its color from emerald-green to crimson-red.

Mahogany Park— Getting up into the treetops is a big trend in Costa Rican tourism, and scores of such tours are around the country. Mahogany Park offers zip lining tours in the canopy

White Water Rafting – the Sarapiquí River offers the best wildlife viewing opportunities. This mid-elevation, southern Caribbean area is of great importance, of which value is measured in terms of its biodiversity. It hosts many different kinds of wildlife such as: toucans, water birds, monkeys, sloths and butterflies.

Braulio Carrillo National Park. The park contains several dormant volcanoes including Cerro Chompipe, Cerro Cacho Negro and Cerros las Tres Marias. Barva itself has three crater lakes – Barva, Danta and Copey. The park also protects areas of the Sarapiquí River watershed, including large amounts of primary cloud and rainforest, and the flora and fauna that makes it their home.

Beaches are approximately 1 hour and 30 minutes from San Jose and are located on the Central Pacific Region of the country. There is Jaco Beach and Playa Hermosa which are in close proximity of each other and offer two places to enjoy the sand and surf for the day.

Carara National Park – Carara is one of Costa Rica’s most popular National Parks, in large part due to its proximity to San José. Carara is a favorite with bird watchers and is more open than the rainforests further south making wildlife spotting easier.

Bungee Jumping – Add some adrenaline to your San Jose trip and go bungee jumping in the tropics. Leave behind the hustle and bustle of San Jose and travel to the beautiful Colorado River in Naranjo for an unforgettable experience. The metal bridge that traverses the Colorado River is 80 meters above the ravine, and gives a spectacular view of the lush Costa Rican vegetation surrounding the jump point.

Rain Forest Aerial Tram Atlantic – built on a private reserve bordering Braulio Carrillo National Park. This pioneering tramway is the brainchild of rainforest researcher Dr. Donald Perry, whose cable-car system through the forest canopy at Rara Avis helped establish him as an early expert on rainforest canopies. On the 90-minute tram ride through the treetops, visitors have the chance to glimpse the complex web of life that makes these forests unique. Additional attractions include a butterfly garden, serpentarium, and frog collection. They also have their own zip-line canopy tour, and the grounds feature well-groomed trails through the rainforest and a restaurant — with all this on offer, a trip here can easily take up a full day.