Costa Rica News – Two bodyguards got prison terms in Costa Rica for firing at photographers trying to get shots of the wedding of NFL star Tom Brady and model Gisele Bundchen. 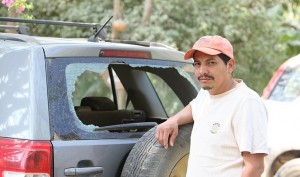 A third man charged in the incident was acquitted.

Brady, the New England Patriots’ star quarterback, and the Brazilian supermodel Bundchen were married in 2009 at a seaside house in Costa Rica. The bodyguards approached paparazzi during the festivities, demanding they hand over their cameras’ memory cards, the report said.

Police said a shot was fired at the two photographers as they left. Neither was injured.

Solis and Rivas were ordered to pay $10,000 (5 million colones) each in restitution to the photographers.