Time To Grow Up

The Search for Extraterrestrial Intelligence (SETI) has been going on for nearly 50 years using the most advanced technology available, and yet we haven’t heard a peep. Astronomers are puzzled. But perhaps the reason we haven’t heard signals from intelligent life is because we first have to awaken intelligence within ourselves. 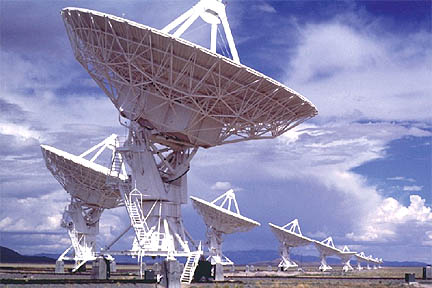 Astronomers have answered the long-standing question of whether planets, including earthlike planets, are common. They are. There are at least 11 billion earthlike planets in habitable zones around stars similar to our sun in the Milky Way alone.

There’s also a growing consensus on a premise that I’ve put forth for years in this column, that the universe, in the words of one astrobiologist, is “a vast stage for the play of life.”

Though there are many incomprehensibly hostile environments in the cosmos, produced by such phenomena as black holes, magnetars and gamma ray bursts, it’s now clear that given the right temperature and chemistry, life automatically arises. That means the universe is pre-set to produce life, and is not the inherently cold and lifeless void that we’ve been led to believe.

Life originated on earth very early, as soon as conditions allowed it (namely, the crust had cooled enough to permit water to pool). That fact alone indicates that life is an inherent property of the universe, as much a part of cosmic evolution as galaxies, stars and planets. And so, I submit, is intelligence, although we have not awakened it in ourselves to this point.

This isn’t an argument for a Sky God that set the whole shebang in motion—literally breathing life into the universe—but an argument against the mechanistic and probabilistic belief system to which most scientists and philosophers still adhere.

The question is: How rare is intelligent life? Since Homo sapiens sapiens (literally, ‘wise, wise man’) is so obviously a misnomer, it behooves us to ask, just what is intelligence?

I propose that intelligence is not, as most scientists ingenuously suppose, a matter of knowledge and technology, but rather of consciousness. I feel we have get beyond the toy phase of science and technology, and awaken genuine intelligence, to communicate with intelligent beings in ways that we cannot even imagine.

As a recent article on ‘de-extinction’ in the New York Times said, “scientists predict that humans…could kill off a 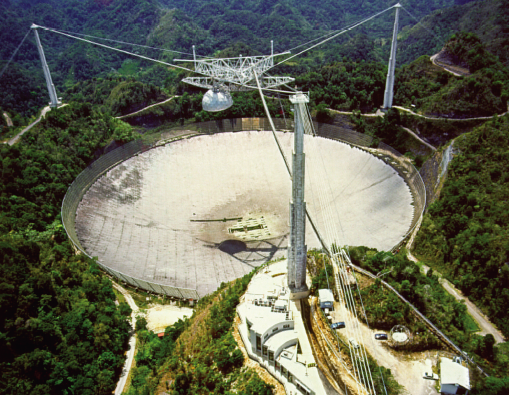 quarter of the planet’s mammal species, a fifth of its reptiles and a sixth of its birds by 2050.”

Are there beings of higher consciousness aware of what humans are doing to this planet—bringing about the Sixth Extinction? Is there some version of Star Trek’s ‘Prime Directive,’ such that they cannot make their presence known until we resolve the crisis of human consciousness?

If there is a cosmic club of intelligent species, we have to sort ourselves out to join it. If we don’t, no doubt like other potentially intelligent species before us on other planets that were unwilling to change, we will pass from existence. Many people, especially in the depleted West, already misanthropically long for this. But the human brain matters in the universe, to a point.

Why? Because the brain contains the seed of cosmic intelligence within it, but we have to get past this logjam of consciousness, as we’ve known it for tens of thousands of years.

Some biologists desperately cling to the fantasy that our technology can preserve the diversity of life on earth, and prevent the extinction or restore the existence of many animals. That’s the hope behind a ‘de-extinction’ project called ‘Revive and Restore,’ which is working to bring back everything from passenger pigeons to woolly mammoths.

Rather than inspire hope however, this project, which is gaining a lot of steam, fills nascently intelligent people with dread. The fragmentary mentality of the ‘Revive and Restore’ scientists is the same mentality that is fragmenting the earth all to hell. Indeed, they are absurdly applying an even stronger dose of man’s hubris as the cure for man’s destructiveness.

Why is it that some of the smartest people on the planet don’t have any insight into what intelligence actually is? Why do many of the brightest minds are still equate the growth of intelligence with the growth of science and complexity of technology?

The piecemeal and controlled reintroduction of animals into a decimated ecosystem cannot produce or sustain diversity, except as a chimera. ‘Revive and restore’ should apply first to inwardly dead humans rather than outwardly dead species humans have driven to extinction.

The quest for intelligent life in the universe has to begin here on earth. Intelligence has nothing to do with how much knowledge and how sophisticated the technology a sentient species has, but with how much such a species as Homo sapiens has awakened its brain’s capacity for stillness, silence and sacredness.

Humans won’t have contact with anything but our own projections until we kindle enough intelligence within ourselves to stop destroying this planet.