Costa Rica News – We know how long things can take when dealing with the Costa Rican bureaucracy, but “Tico Time” seems to stretching its arms all the way through the government of the land of “Pura Vida”.  Actually this should be a surprise to no one……. 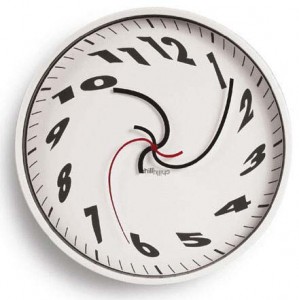 The Bank of International Development (BID) is one of the world’s largest providers of funds for development. Costa Rica opened a line of credit in 2010 for $850 million dollars. These funds were approved by BID for the country to improve its road system however years later, very few projects are able to take advantage of the funds.

The country was given $300 million in the first payment. Costa Rica’s representative, Fernando Quevedo, recently indicated however that out of 121 proposed projects, only 7 have been completed. Another 20 are in the execution phase and 25 still being formulated. The state committed to using $200 million of its own money for municipal road improvements but two years after the project’s approval, few projects are actually being carried out.

Quevedo said that the country is one of the slowest in the world to use the money it is granted. This is due to the large amount of time spent in getting permission, creating designs and other processes prior to beginning the projects. The MOPT and municipalities have a hard time getting through all the necessary steps.

BID will soon give Costa Rica the next payment of $450, which should be used for for improvements on five major roads, a pier and a breakwater. The country is currently working on the planning stages for these projects in order to get them done quicker than previously possible.

The only question this raises in my head if over the years that Chinchilla was in office there were millions of dollars of “loans” form China and these were supposedly earmarked for projects. Where is that cash? Or is the system so corrupt that there will never be an audit on any government entity?

Costa Rica; The Heart of An Entire Country Behind a Soccer Team (Audio)