Costa Rica News – Well this is one Costa Rican woman that can actually put model as her job on facebook and it mean professional model. You can also add to this the fact she is in medical school, matching intelligence with beauty. She is not a “model”  for Bimbo, or Cacique, or Rumba or some other local company using women to promote their products.  Natasha Sibaja is a professional, gorgeous and intelligent model that will be participating in the Miss International pageant. 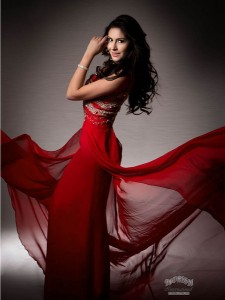 The ease with which she expresses her words and security in transmitting her ideas, coupled with her undeniable beauty, Natasha Sibaja makes a strong candidate to take the crown at the Miss International pageant.

At 22 years old, the senior at medical school believes she has all the qualities needed to excel in this event, which involves 60 women from all over the world.

“There has been many months of preparation. I worked on my physical appearance, with a fitness routine, to learn all I can about Japanese culture, “said Sibaja.

This is her time to show all the effort she has put in to try to take home the crown.

During the competition, the Costa Rican woman will demonstrate her intelligence, beauty and charm. These attributes allows her to imagine with the crown on her head on October 21, the final night of Miss International in Japan.

Sibaja wants to join the women from Costa Rica that have won this in the past.  Lorna Chaves, who won in 1980, and Gidget Sandoval who won three years later.

“I know that I have everything to gain. The important thing is to project security to the judges, it will be the key to everything, “said Sibaja.

Kelly Slater To Run For USA President in 2016, Too Bad He Cannot Replace Romney