Three of the most pernicious philosophies to ever come down the pike, all of American origin, have become so prevalent and pervasive that they’re allowing no space for genuine thinking, much less original insight. 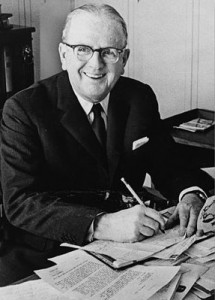 They are, in chronological order: Positive thinking; the particular over the general; and ‘shades of grey.’ Since American culture is by far the most dominant culture in the world, these non-philosophical philosophies are being aped around the world. Let’s clear some brush.

One definition of a philosopher is someone with a low threshold for contradiction and dichotomy. To be sure, to be human is to have contradictions. After all, the first contradiction is between humans and nature.

And as much as scientists and supposed thinkers like to blur the difference these days, man operates in terms of separation, and nature operates in terms of wholeness. Without resolving that contradiction, everything else must remain confused and conflicted to some degree.

But this column concerns three prevalent mentalities of avoidance. Each prevents us from seeing what is, which is not fixed but constantly changing (and must be seen anew each day) to meet it within.

The main progenitor of the attitude of positive thinking, which has become an almost unassailable prescription for the ills of society, family and the individual in America, was a preacher named Norman Vincent Peale. Born near the end of the 19th century and dying near the end of the 20th, Peale was a cleric for over 50 years in New York. He wrote the puddle-deep tract, famously (or infamously) entitled, “The Power of Positive Thinking.”

Essentially, the idea is that how we see things determines how they are. Along with the corollaries of choice and will, the underlying notion is that reality is what I think it is, not what it is in itself. Since there is no ‘in itself,’ there is no ‘what is’ to be seen as it is. Though absurd, most people live that way.

Positive thinking ends in see no evil hear no evil blindness. It converts the proverb, ‘as one thinks in one’s heart, so one is’ into a mental diktat, giving rise to innumerable pathologies while allowing darkness to grow in individual and collective consciousness to the suffocating degree it has in North America. Nothing inspires more pessimism than relentless optimism, which is a mindset for avoiding facing what is, much less meeting man’s crisis of consciousness.

The second inane philosophy is summed up by the tag that went with “The Year In Pictures” in the New York Times this week: “What many of the pictures here do is turn the shallow creeks of the general into the profound deeps of 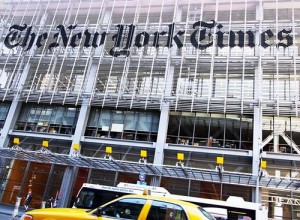 Disregarding the irritating reference to shallow creeks, given the centrality of streams to this column, the backasswards character of this way of life is mind-boggling.

To anyone who doesn’t have a tin ear for philosophy, the phrase “go from the shallow creeks of the general to the profound depths of the particular” rings risibly false. Indeed, it’s a denial of the very existence of philosophy, asserting the separate over the whole, the small over the large, the immediate over the timeless.

So why do we hold onto their prized ‘perspectives’ as if they were life itself, especially when so many people are fed up with the status quo? Something I read today clicks and sticks: “We do not know how to look through and beyond the fragmentary frontiers.”

In leaving no space for wholeness, but doggedly digging in their heels in the particular and the immediate, the mouthpieces of the social and psychological status quo spread disconnectedness and meaninglessness, and project their own sophisticated shallowness onto humanity.

Finally, I can’t count how many times I’ve heard the view lately that “what is right to one person can be wrong for another…which applies to people of different genders, different religions, or just different belief systems and cultures.”

This ‘all shades of gray’ way of thinking has made everyone blue, and left no room for philosophy, since if one really believes that ‘what is right for one person can be wrong for another,’ there is no such thing as truth. It’s individualism and relativism run amuck.

In the end, when there is room for every contradictory, conflicted and confused way of thinking, but not for questioning, uncovering and discovering truth, then there’s no space for anyone. An attitude that maintains “what is right to one person can be wrong for another” is an attitude that denies the very meaning and existence of philosophy.

It’s not, as most people believe, a choice between the tired and colorless ‘shades of gray’ outlook, or a ‘black or white’ attitude. Both are false as neither allows insight and clarity, which are always of the moment.

Just as the truth is not a matter of perspective, belief and opinion, love is not from the one to many, or the many to one. Love, which is the ultimate truth, is a stream of infinite depth that flows through anyone that takes the time and trouble to end the shallowness of self-concern.

A Letter to the Real Wolf of Wall Street