Costa Rica Travel – “Welcome to San José. The local time here is 2:55 p.m. and the temperature outside is 23 degrees Celsius. We’d like to wish you a very pleasant stay in San Jose — or wherever you wind up.” 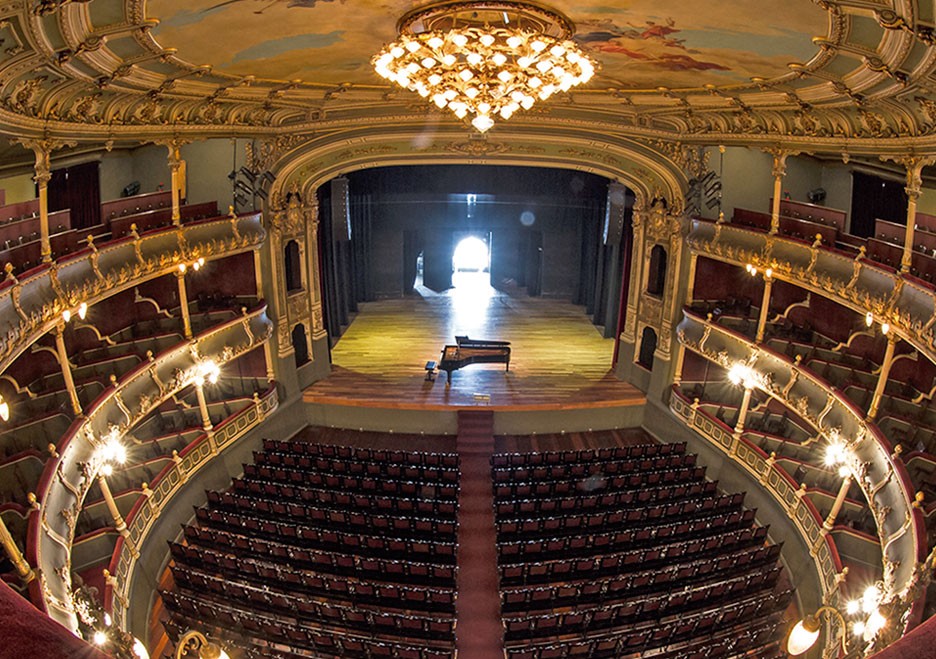 The pilot’s announcement reflects the reality for the vast majority landing in San José, Costa Rica. Some have transportation to the beach waiting directly on the other side of customs; others will grudgingly spend a night in the city before hitting the cloud forests and coffee plantations first thing the following day. Warned of seedy streets and ugly architecture in the capital, few will even attempt more than one night. Snowbirds and surfers alike espouse the same advice: “The first thing you’ll want to do is get out of San José.”

This assumes, of course, that you want to vacation with snowbirds and surfers. If you’re not in that camp, you might well appreciate San José’s quirky mix of modernism and colonial architecture, ample fresh and rustic street food, vibrant bar scene and relative lack of tourists—an anomaly in Costa Rica.

Not all of this can be found easily in one central neighbourhood, however. While the city doesn’t lack for parks and pedestrian thoroughfares, “Chepe,” as the locals call it, wasn’t really set up for tourists, even though the main attractions are. It’s easy to take in the stunning Teatro Nacional, a beautiful theatre/gallery, the newly built jade museum and the enlightening Pre-Colombian gold museum over a day or two. That trifecta is certainly worth the effort, since the jade and gold museums are dazzling, the theatre impressive and all three are relatively close to each other, the latter two accessible by wide promenades dotted with public art and more than a handful of impressive late-colonial government buildings. But it takes a little more work to discover the other gems—the ones hidden behind the ubiquitous walls and gates that are so common in Latin American cities.

The downtown is also in the midst of a revitalization, reversing a decades-long trend of flight from a once-dodgy central core that saw money shift to suburbs like Alajuela, Santa Ana and Escazú. All of these, incidentally, are worth a visit, since they’re home to some of the region’s best high-end restaurants as well as some quaint areas that are vestiges of their past as small, independent municipalities. The move to the suburbs, though, is often eventually followed by an equal, but opposite, reaction: urban gentrification. And some parts of a few downtown neighbourhoods, notably Barrio Escalante with its small, independent patios, cafes, bars and brunch hot spots, could pass for the hip strip of any number of rapidly gentrifying urban cores. There you can find craft beer, good wine, bocas (bar snacks, like tapas), ubiquitous tacos and full-on proper dinners at exceptionally appealing restaurants like the Mediterranean Ay Sofia or the Spanish-inspired cavernous and casual Tapabocas.

Off Escalante’s main drag, the bright and contemporary Restaurante Kalú is owned and run by one of the city’s most renowned chefs, Camille Ratton, who employs only women, as a small step toward correcting the gender barriers in San José’s male-dominated hospitality industry. Ladies lunch there, but men go as well, and enjoy elevated Latin fare in a clean, modern space that opens out onto a minimalist garden patio. Late at night, Ravi, El Patio and the Costa Rican Beer Factory attract those looking for an alternative to the city’s Irish bars and oversized dance clubs, of which there are a surprising number. Some nights, a bar crawl called “Carpe Chepe” touches down nearby, bringing with it dozens of backpackers, bachelor/ette partiers and intrepid urban travellers who take in the street art between pit-stops.

There are fewer clubs in the central core and the up-and-coming Barrio Amón area, which is home to more traditional bars and restaurants and close to the staggeringly awesome Mercado Central. Sprawling over three large buildings and out onto side streets, this working market is refreshingly light on tourist wares and, instead, offers pets, flowers, local produce, meat, seafood, coffee, sweets and the occasional used record and book stores. There are also dozens of packed sodas—lunch counters that offer rustic stews, mariscos, fried plantains, ceviche, empanadas, turtle eggs, tamales and world-class espresso. Hidden in the middle of one of the meatiest market buildings is a spectacular bar, Super Gigante Chollo, a large, bustling tavern with cold beer, a good selection of cheap bocas and never-ending soccer on the television.

The selection of food and drink in the market area and, indeed, much of San José flies in the face of the second nugget of conventional wisdom about Costa Rica, namely, that the country’s food is bland and dominated by gallo pinto (rice and beans). Chepe, by contrast, is home to a wide range of local, under-the-radar delicacies as well as of Argentinian, Spanish and Italian restaurants. Over in the Barrio Chino, some pretty outstanding Asian food can be found at institutions like Tin Jo, which specializes in fresh and bright Thai and Vietnamese dishes, and Don Wang’s, featuring more traditional Chinese food.

The fun to be had in Chepe, admittedly, isn’t immediately obvious. But if you put in a little effort and uncover the Latin-fusion food scene, the awesome traditional sodas and, especially that gem of a bar in the Central Mercado, you’ll start to find the prospect of an extra night in San Jose appealing.

You might even come to a point where you’re not in such a rush to hit the beach.

EAT: When you eventually tire of fried chicken, hearty soups and empanadas from the sodas, splash out on a dinner at the Park Café and Antique shop, near La Sabana, a huge city park. Richard Neat, hailed as one of the region’s top chefs, is at the helm of this highly creative, decadent restaurant with impeccable decor.

SEE: Most of San Jose’s cultural attractions are conveniently clustered together, nearby the central market. Aside from the obvious major museums, a trip to Galeria Namu, an indigenous art gallery in Barrio Amón, is a must.

STAY: Certainly the best hotel in downtown San José, Hotel Grano de Oro is slightly removed from the action, just west of the central market area and off the Paseo Colon (the main urban artery). Every room at this stunning, detail-oriented, hotel is unique—some have world-class views of the Poas Volcano, others come with small private garden areas. This Canadian-owned restored mansion is friendly and chic and the restaurant, which boasts one of the region’s best wine lists, is worth a visit in its own right.

FLY: Hard to beat the direct route between Toronto and San Jose on Air Canada Rouge for convenience. Air Canada also flies (with a stopover in Houston) from both Vancouver and Toronto.