The World Is Flat, and Getting Flatter

A small woodland hawk skims above the surface of the creek, then swoops up and lands atop a tree upstream. The sky is opaque, with a high white cover, but the sun is warm and the place is quiet. 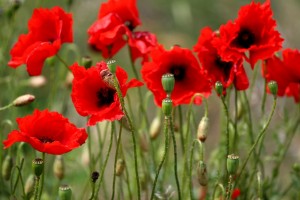 The first poppies of the year have appeared beside the bank—two delicate orange flowers that have burst open since I was here two days ago. They are two-toned, dark orange along the base of the petals, and bright orange in the upper portion.

The beauty and stillness of the place soon dispel the shadow of the gray-black world. Without reason or anticipation, a feeling of gratefulness comes over one. Without deeply and spontaneously feeling grateful for the earth and life at least once during the day, it’s a bad day.

A white, slender-winged kite hawk soars over the sycamore as meditation ignites. That word meditation is so misused, even abused, that I hesitate to use it anymore. It has become a thing of the marketplace, of bejeweled gurus on cable television, and of a plethora of retreat centers that provide a living for people who pretend to have experienced something beyond thought but actually just sell spiritual snake oil.

Genuine religious experiencing only occurs when the observer, a psychological construct belying thought’s infinite regress of separation, has been effortlessly negated in passive watchfulness. Without the spur of the observer, the movement of thought slows to a trickle, and a ‘state’ far beyond the feeling of gratitude begins to grow within one.

There is something beyond thought, but thought must deeply and effortlessly yield to what is for it to be felt. Thought, no matter how reasoned, logical and scientific is never what is, but at best a simulacrum of what is. That includes imagination, though most artists give it primacy.

Experiencing sublimity is new every day; it’s like a flower that bursts open without regard to the day or the year before. Benediction is over when it is over, though its perfume lingers.

After a sprint workout on the track, I stop at a pool for a warmdown. Right behind me, a little girl of no more than six 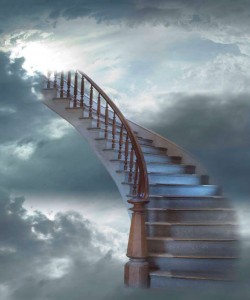 enters the pool area with her grandparents. I say hello and she stops fearfully, as if a stranger had never said hello to her before.

She stares, seeing something different, and not knowing what to make of it. Absorbing and already adapting to a culture of the walking dead, she is suspicious of friendliness and openness. She makes an ugly remark, no doubt heard at home, for which her grandmother chastises her. At six she’s already becoming old.

This is America at present. The black tide that began sweeping the world with George Bush and Thomas Friedman’s “war of choice,” which began a decade ago this week, has become a worldwide tsunami. It was Bush Senior’s metaphysical mission to provide the last straw (with the ‘good Gulf War’) that broke the American spirit. And it was Bush Junior’s job to provide the bale (with Gulf War II) to break the human spirit. But the verdict isn’t in as yet, not even for this age.

The world has indeed become flat—a gray sameness in peoples everywhere, the death of the old without the birth of the new.

What is the nature of the human crisis? Is it as urgent as it feels to a few, no matter how much it’s denied by the many? And what is an adequate response?

I’m sure the crisis is not primarily physical, but spiritual. The human spirit can expire, but people could keep reproducing for many generations. Although with all the misanthropic fantasies of apocalypse presently so popular, the two may go self-fulfillingly hand in hand. For the life of me, I can’t understand why so many people are having children in this country. 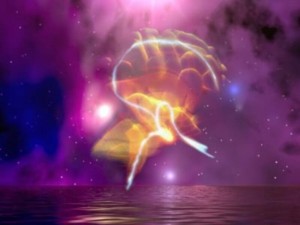 The basic course of humanity has never changed, and we are essentially the same humans that first emerged in Africa and Europe tens of thousands of years ago (indeed, perhaps less human than we were then).

Advances that have occurred in human civilization before the present age have been preceded by a new philosophy. In other words, social, legal and political advances have always followed philosophical insights, while the psychological or inner dimension has remained constant.

But this crisis is qualitatively different, a quantum crisis if you will, and all three dimensions (spiritual, philosophical and political) must be adequately addressed simultaneously.

One of the things you’ll often hear both educated and uneducated people alike say about the present global climacteric is that ‘people have always thought and said their time was a time of terrible crisis.’

Of course, in one sense, every age is unprecedented. But in a deeper sense, there’s never been an age like the present one, if only because man is laying waste to the entire earth now. Isolated populations, nations and cultures no longer exist in an era of increasing globalization. And the reactionary desire to return to them is only exacerbating division, conflict and fragmentation.

If a hundred thousand people around the world really understood that the crisis is of human consciousness itself, and regularly went beyond thought, the darkness in consciousness would begin to be dispelled.

As to whether the ‘dark matter’ that has become consciousness as we know it can ignite in an unstoppable psychological revolution, that’s an open question. Even optimists say, “It will take eons.”

We don’t have eons. As difficult as it is, the only thing one can do remain with the question.

Travelling to Costa Rica On A Budget