The Walking Dead Back in Costa Rica

Costa Rica News – The Walking Dead has quite the following in Costa Rica so many are thrilled to hear that the actors from the show are back in the country. 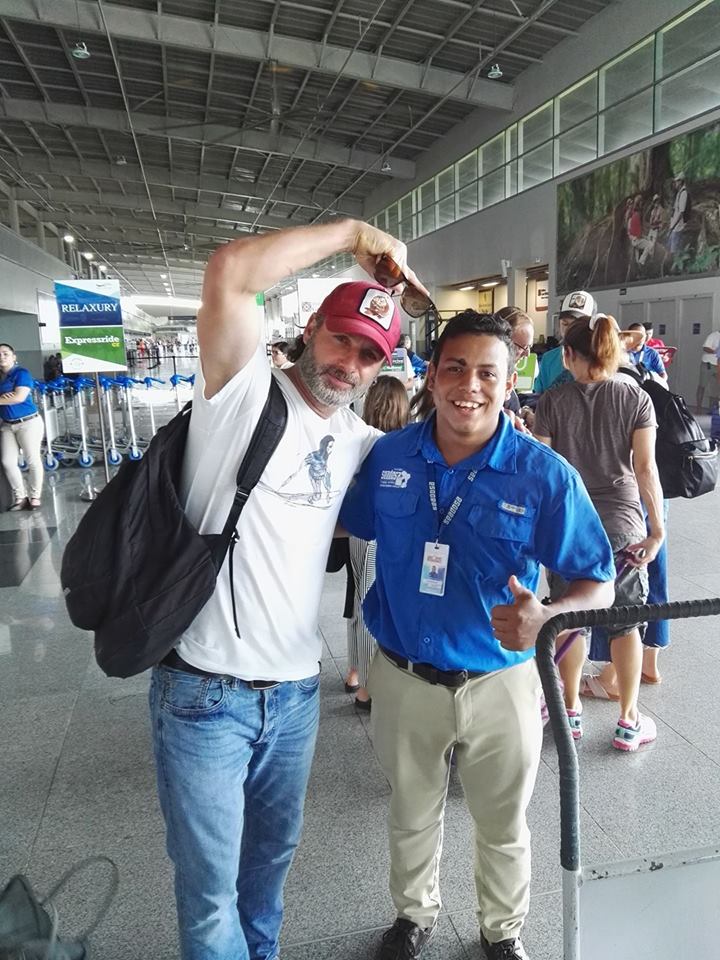 The Migration Office confirmed that they arrived at the Airport.

The General Directorate of Migration confirmed that those who play Andrew Lincoln and Norman Reedus, Rick Grimes and Daryl Dixon, are the ones visiting this time around.

Both entered over the weekend, separately, at 1 pm and 8 pm. They have both been in Costa Rica a few times before.

At the moment, it is unknown whether the actors are traveling together and whether it is for business or tourism.

Antonio Mata Leiva works at the airport, in luggage service, and was able to get a photograph with Lincoln.

Other actors from the series that have been in Costa Rica are Steven Yeun and Austin Amelio.