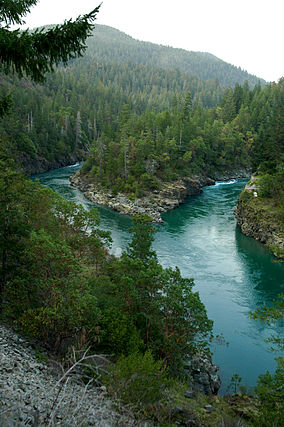 ABOUT SIX RIVERS NATIONAL FOREST
This forest is a US National Forest and is located in the northwestern corner of California. I have been through this forest 3 times in my life time. This forest was established in 1947. It touches upon Klamath, Siskiyou and Trinity National Forests. When visiting this forest, there is a lot of ground to cover. About a million acres. The forest covers 4 counties: Humboldt, Trinity, Del Norte and Siskiyou. There are many rivers that go through this forest. You have the Van Duzen River; Eel River; Klamath River; Trinity River; Mad River and Smith River.

I will tell you a story that occurred near the Eel River. The Meckel family on June 12, 1996 was camping near the Eel River. The Meckel family was looking forward to this vacation. They needed the adventure and the relaxation. Charles Meckel brought his wife and 2 daughters. Charles and his family are from Ogden, Utah. Charles spends a lot of time as a long haul trucker and is away from his family a lot. It was great to spend some quality time with his family. 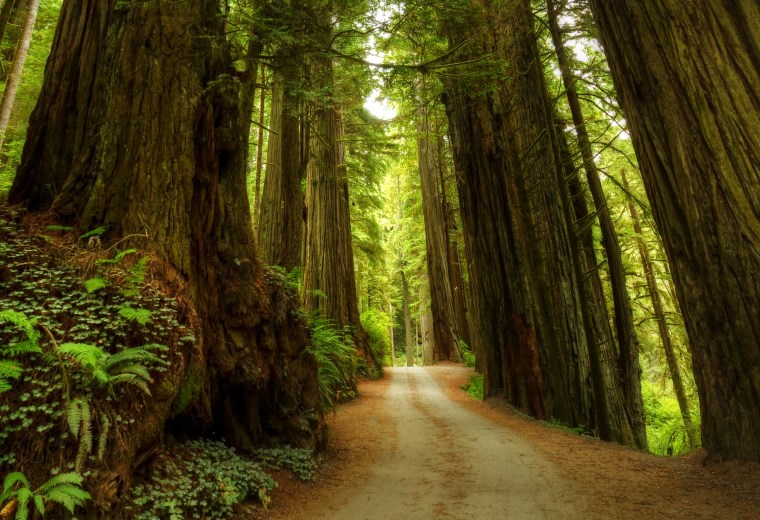 “The northern portion of that area, originally inhabited by Native Americans, attracted many lumbermen and others turned gold miners when a minor gold rush brought them to the region. Failing in efforts to strike it rich in gold, these men turned toward harvesting the giant trees for booming development in San Francisco and other places on the West Coast. After many decades of unrestricted clear-cut logging, serious efforts toward conservation began. By the 1920s the work of the Save-the-Redwoods League, founded in 1918 to preserve remaining old-growth redwoods, resulted in the establishment of Prairie Creek, Del Norte Coast, and Jedediah Smith Redwoods State Parks among others. Redwood National Park was created in 1968, by which time nearly 90% of the original redwood trees had been logged.”

MEAT JUICE OF REDWOOD NATIONAL AND STATE PARKS
Meat Juice is a Bigfoot / Sasquatch type of creature. Hiker Thomas June and his friend Mike Langers while hiking at Redwood National and State Parks in August 10, 1972 came across a Bigfoot type of creature that was at least 12 feet tall. Thomas says that the creature was holding what looked like a skinned mountain lion. There was blood everywhere and bite marks on the creature. When Thomas and his hiking buddy Mike Langers talk about this creature, they call him Meat Juice,
because there was juice from his kill dripping from his mouth. When
Thomas and Mike came across Meat Juice, Meat Juice just stared at them and bared his teeth, then walked away and went back into the forest carrying the skinned mountain lion. Thomas has went back to this national park and asked locals if they ever came across a creature like this. Thomas met a farmer that has a farm near this national park and the farmer claims that a Bigfoot creature carried away one of his calves. As the creature ran off into the hills, it made a loud screeching sound, almost sounded like a woman screaming. The farmer thinks this creature was the very same creature that Thomas and Mike encountered, because the creature that the farmer saw was also 12 feet tall. It was Meat Juice.