Though to some readers (and even myself) I have written ad nauseum about psychological revolution, I’m compelled, by God knows what motivation or muse, to do so again. Until the question (can the revolution in consciousness that changes the disastrous course of man ignite now?) is answered in the negative, or by its occurrence, I will persist in asking it. The problem is that it feels like I’m the only one who is doing so, and that produces and induces the feeling that the answer is no. 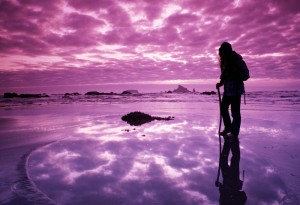 Of course, that may be a personal reaction, from my conditioning, culture, or personality. The challenge, for me at least, is to hold the personal crap in abeyance, and hold the space for the question as long as one possibly can. Does the very act of doing so act on collective consciousness within oneself (given that the whole bloody mess exists within each one of us in microcosm)?

I don’t know, but I’m human like everyone else, and we all have limits. We can extend our limits by challenging ourselves inwardly and outwardly, but ultimately capacity and lifespan have the last say.

For the last 20 years, I’ve felt that only when people questioned and ignited insight together could the question break through. Since that isn’t happening, at least in my experience and perception, I have to reexamine the premise.

It’s strange isn’t it, how one voice can be the voice of a person ahead of his time, or the voice of countless unseen people. Can it be both?

Of the misanthropists, little need be said. They’ve already reached their sanguine, self-satisfied verdict on the human 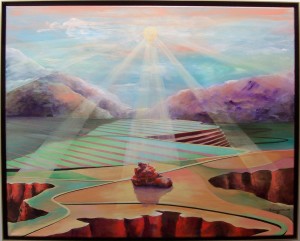 species, forgetting only that they are humankind. Therefore they are the ultimate fools, because they quit on themselves and humanity, and life scorns a quitter more than a murderer.

If the question hasn’t been answered, and the self-hating misanthropists don’t count, that means there are legions hanging back, waiting for someone else to tell them what each one of us can only find out for ourselves.

I’m a pessimist, not an optimist by nature. Without self-pity I hope, you couldn’t have the childhood I had and be an optimist. But no one can have an awareness of recorded and evolutionary history, not to mention the present world, and be upbeat about the human prospect.

Even so, there are different ways to be positive, the least and most negative of which is the general American mode of slapdash whitewash, which has grown so tedious and tiresome.

So we return to question. It has been axiomatic since I resolved the riddle of man to my own satisfaction a quarter century ago that the work of radically changing human consciousness is as old as man. Many times however, especially lately, that insight and faith have come into doubt. 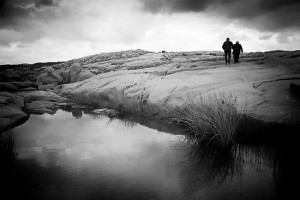 No, life is a journey involving death, and I don’t just mean the thing we put off until we physically kick off. Death is an infinite mystery, forever beyond our knowledge, experience, beliefs, and opinions. Can we come into contact with the actuality of death during life? Certainly we can, though few of us do regularly.

It used to be said that man is the only creature that has knowledge of his own death. Our deepest fear arises from that knowledge. But I submit that we have the capacity to transcend death by knowing it directly while fully alive.

To most people, that sounds like a horrifying prospect. But death is too important to put off until the end. Death is the very ground of life, the universe, and God.

That may not answer the question, but for me at least it puts it in perspective.

A New Era in Venezuela on the Horizon, Hugo Chavez will Die Soon

Death is definitively an end experience of life as we understand it. The prior sentence that I have composed sounds so permanent, like a requiem. This much like your finely tuned article. I can appreciate your writing at a higher intellectual level and it brings me to my reply. GREED. Throughout my 37 years of trials and tribulations in the US I have run across multiplicities of misconstrued truths. One being at the head and always seemingly coming around full circle is christian philosophies. Now setting aside the feeble misguided genesis of Catholicism I will move on to Protestantism. In every direction it appears that Christianity finds its way into mankind’s pockets. With its faith based message of eternal salvation it attempts to apply condemnation on your sinful soul, UNLESS you repent. How financially convenient. Interesting how in the new testament Christ went into the temple and over turned the money changers and exclaimed that this was immoral. Even more interesting that in the old testament the Moses story eclipses this same premises with the crushing of the original commandment tablets. My point being that Greed may be the hidden psychological element of your writing and the possible main issue that happens to make you tiresome of your life in the US. Since relocating to Costa Rica back in January I have come to appreciate my American beginnings in a new light. Being that the US is such a multicultural nation it is only natural for it to have myriad of positive and negative occurrences. This is why the Obama election and reelection is so historical on the international front. Lastly I feel that your article is a means to be of positive reinforcement but in reality it seemingly ends in self defeat. Your ending comments…. Death is the very ground of life, the universe, and God. By believing this you are ultimately subscribing to religious ideologies that are weakly based in faith based philosophies with no scientific proof of positive lasting after effects. In lay men terms. Taking the easy way out.

Thank you for your thoughtful reply. I understand your point of view, and you’re correct about greed being a given and the largely unseen cornerstone of American culture. Your response brings out an interesting contradiction. Despite the fact that “the US is such a multicultural nation,” there is, as you say, a tremendous conformity in thinking in America, both spiritually and economically.

But the issue isn’t America anymore; it’s humankind. You attest to that yourself by relocating to Costa Rica, and reflecting on the universal trait of greed, which exists everywhere to one degree or another. As never before in human history, the context now is humanity as a whole. I find it dismaying, as I said in this column, that so few are thinking and feeling in these terms, despite the obvious reality of the global society. Can you begin to do so?

My comments on death were truncated, so I can understand how you misconstrued them. I’m pointing toward something much subtler, having to do with awareness and experiencing of the actuality of death, which is very life-affirming when one does. Please don’t pigeonhole what I’m saying; it isn’t some faith-based nonsense. It’s interesting that you evocatively say how Jesus “went into the temple and over turned the money changers and exclaimed that this was immoral,” but then take the atheist’s position that there’s “no scientific proof of positive lasting after effects” in spiritually awakening and transcending death.

The scientific mind cannot replace or even supersede the religious mind, which has nothing to do with organized religion and belief. Indeed, when it attempts to do so, as it is in many quarters, it augments the very self-centered greed you decry. Modern science is a tremendous human activity and accomplishment. That’s all the more reason that we have to ask ourselves: What does it mean to be religious (spiritual if you like)?

Lastly, it’s very ironic to me that you say the work of transmutation (beginning within and encompassing human consciousness) is taking the easy way out. If you held the question I pose in this column for even one day, you would have some sense of how hard it is. Try it. The question still stands.