The Problem of Evil, Once Again With Feeling

On the same day that six American soldiers were killed in Afghanistan, the national media showed a woman being executed by Taliban-supporting villagers while a large, male-only gathering cheered. The deaths of the six soldiers received one line on the news; and it was the first time I’ve seen an execution shown on national TV. The intention, whether conscious or subconscious, was clear, and pure propaganda: ‘This is why we’re in Afghanistan.’ 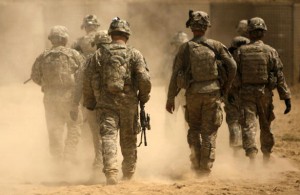 Like the entire ‘Global War on Terror,’ that’s a lie of course. The United States has added immensely to the corruption of Afghanistan, and to the destruction of traditional values and communities, and that has provided fertile ground for the revival of the Taliban. As such, the American international presence, as well as the domestic propaganda are also evil.

“The greatest achievement of the devil in the modern age is convincing people it doesn’t exist.” I don’t recall the author, but the ‘it’ doesn’t refer to some fellow with horns, rather to the existence and operation of intentional evil in collective consciousness.

Evil is not supernatural, but man-made. As Carl Jung said in the early part of the 20th century: “We know far too little of man. His psyche should be studied — because we are the origin of all coming evil.”

In the history of philosophy, West or East, there has never been an adequate, scientifically compatible explanation of evil.

And it’s no wonder. Think on the ‘Seven last words of Christ:’ “My God, why have you abandoned me?” If Jesus did not understand how evil could have prevailed and nailed him to a cross, how can any philosopher?

Perhaps Jesus’ heart-wrenching question is the ultimate challenge to every religious philosopher since his crucifixion. I 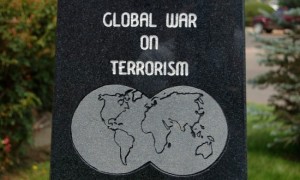 don’t know. But I feel that one isn’t worth one’s daily bread as a philosopher if one doesn’t make the attempt to understand this central reality of human existence.

Even so, let’s not lose sight of the fact that Jesus would want us to feel joy in our lives, not sorrow for ourselves, for man, or for him.

Nonetheless, I hesitate to delve into this issue, though not because I’m afraid of evil per se. I have a healthy respect for its power, but as a man I refuse to fear what is man-made, and evil is man-made. Nonetheless, it’s foolish to make yourself a target. As the saying goes, “if you look into darkness, darkness looks into you.”

I don’t feel there’s any choice however. Human consciousness has become so saturated with darkness that the survival of the human spirit itself is in doubt. One has to find out how to protect oneself from it, and cleanse oneself of it.

Obviously, the ‘problem of evil’ is not the absurd traditional philosophical conundrum of how to “reconcile the existence of evil with that of a deity who is omnipotent and omniscient.”

That’s easy—there is no such deity. However there is intelligence, innocence, and goodness–potentially within, and especially beyond man. Therefore the question is not why evil exists, but why it so predominates in this world.

Before I went to the USSR in January of 1990 on business, I had the typical American naiveté about evil. But after spending nearly two weeks in the bosom of my Russian partner’s home, and experiencing nothing but warmth and hospitality everywhere I went, the plush red curtains were suddenly ripped open one evening, and I encountered something that nearly shattered my soul, and irrevocably changed my worldview. 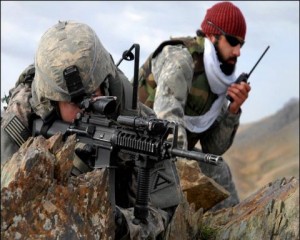 My hosts had given me their bed in their spacious Moscow apartment, and I’d gotten to know their two sons sufficiently well to be invited to the older boy’s 13th birthday celebration—an important male rite of passage in Russia. I drank vodka as they drink vodka, and while I could hold my own, the liquor helped set me up.

As we returned from the restaurant, with my hosts in the back seat with their sons and me in the front seat with the driver, out of the blue the woman said something in Russian about evil through her husband. Stupidly, I tossed a bit of wisdom into the backseat: If you remain with your fear, it can’t touch you.

A malevolent, metallic voice, sounding like it was coming from a half mile behind the car, shot back with unspeakable coldness through the man: “Is that so?” Suddenly I saw scenes of unimaginable horror—torture, execution, and mass death. The entire dark history of Communist Russia flashed before my eyes in a few seconds.

I didn’t know how or where it came from, but it was real, and I couldn’t speak for half an hour. Needless to say I was suddenly sober. Without thinking about it, I did what I said though, and stayed with my terror until it abated. When it passed, I was changed forever. Of course, my philosophical inquiry would have to wait until I returned home (which initially I was convinced I never would).

Having done the philosophical spadework over the last 20 years, and having encountered versions of the same tiresome thing many times in the States and elsewhere, what have I learned?

A few things are clear: Evil exists and has intentionality. But it is man-made, and the devil and its underlings are the purest cowards in the galaxy. Evil is always a variation on the same boring note and modus operandi.

But what I said from the top of my head back then is deeply true: Remain with your fear (and I would add, anger and sorrow) and evil can’t enter, break, or use you. Just don’t wait until you’re drunk to try it.

In the landscape of horrors that this world has become, most people have deadened themselves, and thereby become perfect conductors of evil. But the first rule is one must keep one’s feeling alive. And if you’ve lost the capacity to feel, cry your heart out and get it back. And get off the meds, diagnosed or self-diagnosed, if you possibly can.

The open secret is this: By non-reactively and non-accumulatively learning about one’s own darkness, especially when challenged by collective darkness/evil, one turns the tables on evil. Inner learning is the crucible of psychological and spiritual growth.

Also, as tempting as it is in these times, don’t turn to prayer as seeking, supplicating, or beseeching. That only weakens one. Besides, people often pray to the lord of darkness, believing they’re praying to the Lord of Light.

Meditation, to my mind, is the art of passively gathering sufficient intensity and depth of attention to one’s own inner movement to extinguish and empty every thought and emotion as they arise. Such action initiates a spontaneous movement of negation.

Initiating the unwilled movement of negation on a daily basis is the deepest antidote to darkness. It is the pathless path to clearing and cleansing the darkness we all have within us, and the wellspring of insight and creativity in the human being.

10 Foods That Naturally Whiten and Brighten Your Smile

Minaet Points Finger Back: Conavi Does Not Need Permission to Clean Border Trail