The Poisoning of America

Even half a century ago as a boy in Michigan during the heyday of the auto industry, Flint was seen as a rather sad sinkhole. But I could not have imagined things would have come to this. 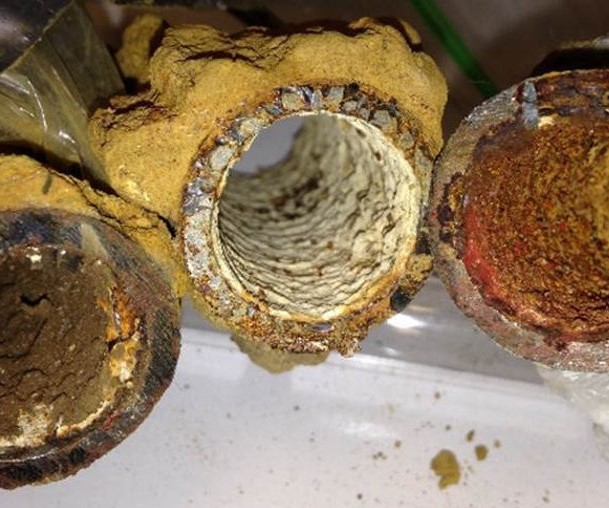 The Saginaw River and the Flint River are toxic twins. Growing up within a stone’s throw of the Saginaw River, I never knew a single person who swam in it when I was young.

My 90-year-old father tells of his brother, an athletic ne’er-do-well who was loved by many of the young women and all of the kids in town, swimming across in the late 1930’s before the war, braving its strong currents and not so toxic waters. But Uncle Bob is the only person I know of who did so and lived to tell about it.

For those of you outside the United States that haven’t been subjected to the ongoing saga of the water poisoning of an American city surrounded by the largest body of fresh water in the world, the Great Lakes, here are the basic facts.

Local officials in Flint, in a misguided effort to save money, had switched its water supply from Detroit, which contained corrosion control chemicals, to the Flint River. Anyone in Michigan could tell you that taking water, even treated water, directly from rivers like the Flint or Saginaw, is an idea that makes your skin crawl.

Predictably, as has been reported, “the Flint River water corroded the city’s pipes and leached poisonous metals into the city’s water supply, including lead, which is particularly dangerous if consumed by children or pregnant women.”

Some of the water tested so high for lead contamination that it was “more than twice the amount at which the U.S. Environmental Protection Agency classifies water as hazardous waste.”

It gets worse. State and local authorities, led by the Republican governor Rick Snyder, stonewalled, passed off environmental reports, and, pun the pun, completely pissed off the mostly African American community of Flint. A year was wasted, poisoning children, and then, in a now familiar American trope, Snyder apologized while taking baby steps to remedy the crisis.

This is Third World stuff, though it wouldn’t even be permitted in what’s now called the developing world. The fact that it’s happened in the unendingly self-declared greatest country on earth is both shameful, and edifying.

Mainstream commentators are actually comparing the monumental fuck-up in Flint to the Great Stink in London in the 1850’s, during which the shit-filled Thames made the Houses of Parliament unusable, and finally forced building a sewage control system. Flint’s debacle is worse however, because a workable system was in place, and when the money-saving extraction from the Flint River didn’t work, the governor willfully ignored the hellish results.

At one level, the Flint political malfeasance is, as economist Paul Krugman wrote, “an all too typically American situation of (literally) poisonous interaction between ideology and race, in which small-government extremists are empowered by the sense of too many voters that good government is simply a giveaway to Those People.”

At another level it has nothing to do with Krugman’s jeremiad against Republican ideology, or even the bi-partisan neglect of the nation’s infrastructure, and everything to do with the death of the body politic in America. One of the heartless jokes on the net goes that Michigan better get this mess sorted out before Michael Moore makes a documentary about it. Besides not being funny, it completely misses the point.

Moore is from Flint, and his documentaries about Michigan’s demise have made no difference in remedying the underlying rot that has for so long beset the Wolverine state. I’m not blaming him; it’s simply that mentality of ‘if only the people knew’ utterly fails when the people have perished.

Flint’s water poisoning is not merely the result of toxic Republican ideology, but is symptomatic of a deeper psychological and emotional pollution that Americans have implicitly resigned to in the last 20 years. Scratch the surface and there’s an attitude outside of Flint of ‘who cares?’ The net is replete with jokes, and the contamination and its cover-up are filler for cable news and fodder for columnists.

I hope this column does not fall into the latter category. Flint is literally too close to home to me, and the lessons of its long demise parallel the decline of the ‘homeland.’

A moribund people can come back to life, but they have to first recognize that the body politic has been poisoned beyond the hackneyed remedies of the past.

Want to Trade Something? A Barter Website for Costa Rica