The Place of Prophecy

We sophisticated post-moderns tend to think of prophecy as a dubious, if not delusional element of Old Testament Judea. But is there another meaning to prophecy, one that is philosophically sound, scientifically compatible and 21st century relevant? 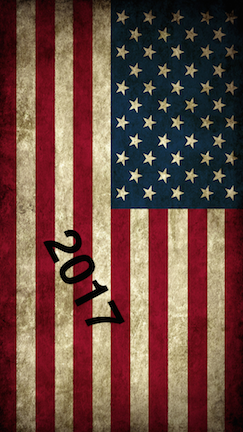 One way of approaching the subject is to ask: Is the future always completely uncertain, or is it partly foreseeable and partly contingent?

I don’t mean to make prophecy synonymous with prediction, though that’s the modern meaning. I’ve long felt that prediction was the lesser part of prophecy, while retaining a healthy skepticism about the subject generally.

Lately I’ve been hearing a lot of people, in referring to the incoming president, say, “We don’t know what he will do, and will have to wait and see.” That reflects an attitude of continuing denial, the very denial which helped elect The Donald and which insures we won’t be ready when the poop hits the fan.

Having predicted that Trump would win in 2015 when few columnists even took him seriously as a Republican candidate, being right gives me no satisfaction. Without looking for a silver lining, initiating an upside to this eruption of the American darkside is what would be satisfying.

This is where the question of prophecy comes in. Simply foreseeing that something is going to happen means little; acting on that feeling to prepare the ground for taking a new course is what matters. To my mind and heart, that is the meaning of prophecy.

Therefore I see prophecy as one part prediction and four parts preparation, action and risk. Without risking something essential within oneself, prophecy is just an old timey word for Old Testament weirdness.

Many people sense an imminent danger since the election of the worst in the American character and psyche last November. The academic, media and political intelligentsia, which were so wrong about the way the country was heading, remain wrong in their collective wishful thinking about what’s looming on the horizon.

We don’t know what will trigger the collapse, but it’s certain that the old order—the international system that the United States largely formed following World War II as the most powerful country that ever existed—is crumpling.

My premise is simple, but apparently difficult even for smart people to grasp and act upon (perhaps especially so). The foundation for a new order has to be poured before the old order collapses, or humankind won’t be able to move in a new direction, and there will only be conflict and chaos for as far as anyone can see into the future.

A crossroads urgently compels a decision. There is a choice, but choosing is inevitably confusing. That’s because choosing always involves separation, ego and conditioning. We never choose from clarity, only from confusion.

So if thinking/feeling in the Americas and the world face a choice at this critical juncture in human history, how are we able to make and take the correct course?

To come from and remain with the feeling, ‘I don’t know’ is one of the most difficult things for us as humans to do. It’s inherently uncomfortable, and most people want to be psychologically and emotionally comfortable.

But if we start and stay with ‘I don’t know,’ without wanting to arrive at ‘I know,’ we come to a non-fixed state of insight, understanding and seeing the way ahead. 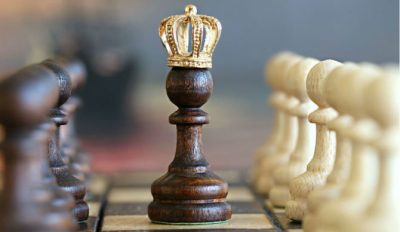 Regarding the coming year of chaos and opportunity, the future scares most people so much that they don’t want to think about it, or they continue to believe, against all evidence, that there will always be more time.

Is that why there is such a need to believe things are improving, moving in the right direction, when irrefutably they are not? Is it that we don’t see that we have the capacity, as human beings, to meet any condition and challenge that humans have generated?

Bad things are going to happen, which will bring about an inevitable collapse of the old order. To foresee it doesn’t require supernatural abilities, anymore than a good engineer can tell when an old, decrepit bridge is about to fall down.

The hard part is the preparation, and the risk inherent in taking action before the event occurs, when people around you are saying, ‘don’t worry, we have more time.’

Glibly, and darkly, a leading voice of reason in America predicts, “I bet Trump’s bromance with Putin will end badly…and it will be interesting to see if that brawl is just an escalating but ultimately harmless volley of verbiage, or whether it affects the substance of government policy and leads to nuclear war.”

That’s a heartless prediction without risking anything. In other words, it’s a prediction devoid of prophecy.

Ordinary human beings can think and work together to put in place an adequate response to the void left by a superpower and former ‘leader of the free world’ which has become all façade. That is the meaning and place of prophecy.