The Patience of Urgency

There have been too many encounters with animals in nature, too many non-coincidental and propitious moments, not to heed them when they occur. 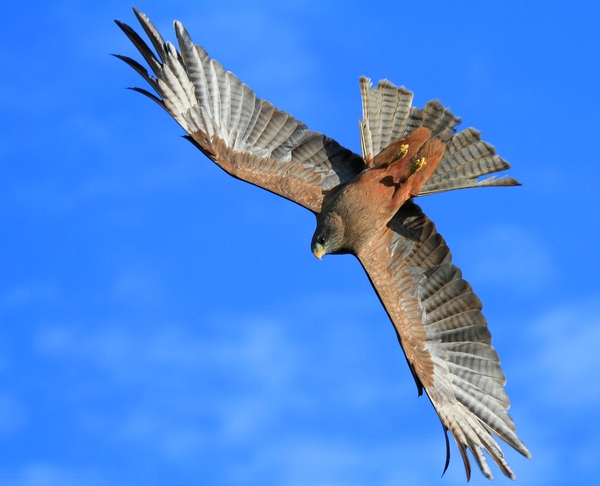 A kite-falcon appearing and fluttering in front of one with exquisite grace after grappling with and going beyond severe doubt, even despair.

A big rattlesnake stretching out beside one, an arm’s length away, after my arms and legs, exploding with adrenaline, became springs at its approach, and I sat back down again.

A coyote, standing on a log and staring a few feet away, in the narrow strip of parkland that wends through town, as I began a run in a meditative state of total emptiness after a sitting along the creek.

Yesterday I took note of the vultures swooping in and landing high in the sycamore across the stream. Must be a dead animal in the vicinity I thought. That is, until I jogged down a path at the edge of park and came face-to-face with one of the huge scavengers in a tree.

The vulture didn’t fly away initially, and only dropped from its low perch at nearly eye level and curved away in lumbering flight when I spoke to it, and asked what it was doing there. Comical as that sounds, the verbalization only struck me as funny the moment after I uttered it.

A day later, it seems strangely fitting, arising from an instantaneous recognition that nature was communicating something in a language beyond words, which only a completely still mind and a completely open heart can hear. What was it?

The sitting that preceded the encounter began with feeling of urgency, the urgency to end psychological time—a paradox, though not a contradiction.

Quieting the mind happens when one learns the art of right observation. Observing thinking requires ending the observer and thinker. Both are delusions of thought that keep the reactions of the chattering mind going.

A man recently said to me that despite having a meditation center for 16 years, sittings never worked for him, never yielded a higher state of consciousness. I wondered why people make themselves take sittings, but other things were going on so I didn’t ask.

Later I was asked in a group during brunch how I meditate. I replied that I sit alone in nature, if only the backyard or patio, and never in groups, which defeats the intent. There is no method, effort or discipline, in the sense of having an idea and goal and forcing the mind to conform to it.

When I said that almost always an altered state spontaneously occurs during the passive observation gathering into intense, undirected attention, I chuckled when the fellow replied, “Yes, it has to be natural, otherwise why would anyone meditate?”

Millions do of course, or rather they try to meditate or convince themselves that they are meditating. An entire industry has emerged around “practice,” in which thousands strain and torment themselves over long weeks or weekends, some in enforced silence, where not even eye contact is allowed with other participants.

What is the attraction and hold of such retreats? Is it a Calvinistic thing, a ‘no pain no gain’ purgatory believed necessary to attain higher levels of consciousness?

No doubt there are exceptions, places that simply provide a quiet atmosphere for individual reflection and self-knowing without any system or method, and where meditative dialogue can spontaneously occur between participants. Perhaps many places fit that description if one goes on ‘solo 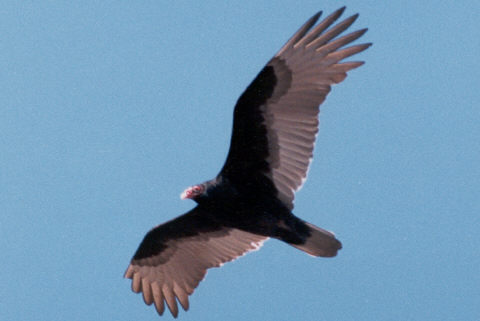 retreat,’ but I’ve yet to find one.

Back to the buzzards. To most Westerners, vultures have connotations of death and dirtiness. To Native Americans however, the vulture is a positive and powerful totem.

Discussing totems in general terms, one writer put it this way: “For some reason, in today’s neo-shaman environment there has been a stress placed on finding one’s ‘power animal.’ The contemporary shaman workshops have a tendency to blind people to the fact that real animals are also spirit and power, and every bit as important, or even more so, than a spirit guide that appears in some vision.”

Speaking of the vulture in particular: “The vulture skillfully employs already existing air currents against the pull of gravity, symbolizing the distribution of energy so that gravity (cares) do not weigh you down.”

One of qualities that emerge in observing vultures is that they are incredibly patient, coasting on air currents for hours while scanning the ground for carrion to scavenge.

Photographer Catches Amazing Video of Whales Under the Northern Lights