The Past and Future of Humanity

The only time I heard an internal voice that I was sure didn’t come from my own head was some weeks after Gulf War I. Wherever it came from, the truth of it remained. It explains the root cause of what’s happened in America over the last 20 years and more. 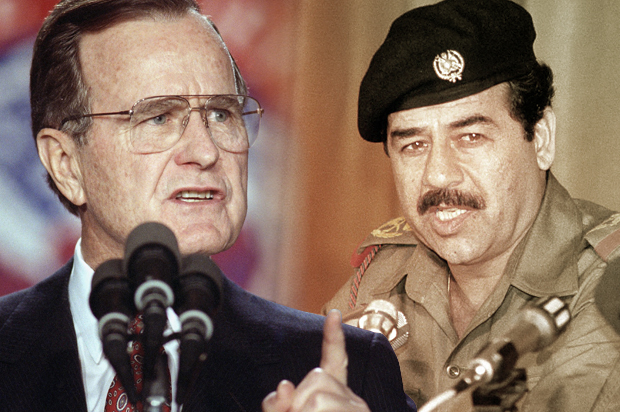 The United States had just won a glorious victory in Iraq under George Bush the First. Saddam Hussein had invaded and occupied Kuwait. Backed by an international coalition and a UN imprimatur,  General Schwarzkopf pushed Saddam back to Baghdad, losing less than 200 soldiers while killing at least 200,000 Iraqis. It looked like the ghosts of Vietnam had finally been exorcised.

Of course things weren’t that simple. Hussein was America’s boy before and after the gruesome carnage of the Iran-Iraq war, in which hundreds of thousands of Iranians were slaughtered mounting suicidal waves on the battlefield reminiscent of World War I.

Saddam thought he had the green light to invade Kuwait, his reward for being our lackey through the 1980’s. As he amassed troops on the border, US Ambassador to Iraq, April Glaspie, was told to tell Hussein: “We have no opinion on your Arab-Arab conflicts.”

For many reasons from ending the Vietnam syndrome to testing and demonstrating a whole new generation of stealth fighters, laser-guided bombs and such, America needed a quick, winnable war.

Immediately after Saddam invaded and occupied Kuwait, I knew war was a fait accompli, and wrote and gave speeches to that effect. Then, like now, denial and arrogance ruled on the left. I recall being chastised by a peace activist in New York for saying the Bush-Scowcroft-Baker war was inevitable, and that we had to prepare for its aftermath.

Even so, I couldn’t shake a funk that persisted for weeks after the war. I’d known depression in my 20’s, and it clearly wasn’t depression. In fact, it didn’t seem personal at all. Not being able to put my finger on it, I kept asking, what is this feeling?

To get out of the prettified pressure cooker of Silicon Valley, where I was living at the time, I began taking short sittings and long walks in the hills above South San Francisco Bay a few times a week. For the first time, observing the observer consistently induced meditative states that deeply quieted the mind and brought great peace. But I still couldn’t shake the funk.

One day, while walking after an intense meditation that totally silenced thought, I asked again, what is this feeling? I don’t know where the voice came from, but it was clear as a bell: “You’re in mourning.”

With the relief of a person finally knowing what has ailed him for weeks, I recall exclaiming: That’s it; I’m in mourning!

The next question was obvious, and instantaneous: What am I mourning? “You’re mourning the death of your nation’s soul,” came the immediate, implacable response.

I’ve never doubted the truth of it. Gulf War I was the straw that broke the Spirit’s back in America, led by the Mephistophelian ex-CIA head, President George Bush. Spiritually and politically, the deadness that now permeates the American body politic, and has so infected the Western world, took hold at that point.

The people perished. That gave rise to the malevolent administrations of George Junior and the Donald. Clinton and Obama were mere interregnums, placeholders for evil. This is the main reason why Hillary, the vastly superior candidate, wasn’t elected.

A knee-jerk reaction on the left is to say the present zeitgeist of fascism began much earlier, with the dropping of the atomic bombs on a defeated Japan, or with the still suppurating wound of slavery, or with the destruction extermination of Native American peoples. 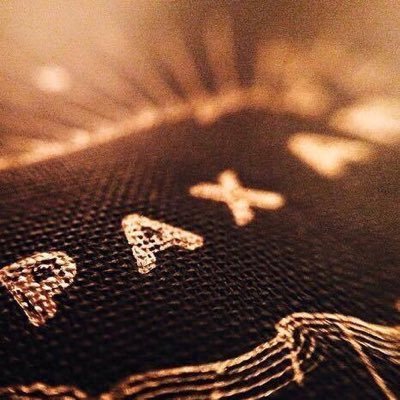 That is true to a point, but it misses a larger truth. The spirit of a people can be stretched very far without being broken. That point came in the early 1990’s, with Gulf War I. An entire generation has grown up not knowing what an intact people is like.

The existence of metaphysical darkness (that is, the existence of intentional evil operating through the most powerful or powerless people) cannot be denied by anyone who looks below the surface at the evidence.

Some things are inevitable. War is coming with North Korea. It will be much, much worse than either Gulf wars, involving the use of nuclear weapons.

It will shatter Pax Americana, kick the last pillar out from under the creaking international order, and make the psychic/emotional shock of 9.11 look like blip on the radar screen of history.

But with spiritual, philosophical, and political insight and preparation by ordinary human beings, humankind will change course. Without it, there is no future for humanity for as far as anyone can see.

Liberia Airport to Get Revamped To Accommodate More Passengers