The Old “Buy Puppies From the Airport” Scam

Well I guess this is how far the world is fallen.  Anyway to make an quick dollar these days, anyway a person can.  This week, three different families thought they could pick up puppies they bought on the Internet from the airport kennel department. 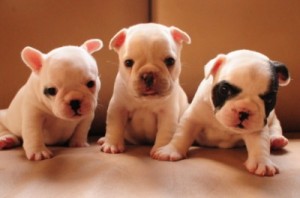 Airport officials are warning people of a scheme that is bilking wannabe pet owners out of hundreds of dollars.

The schemers are using fake letterhead and pictures of the airport to make their puppy buying operation look legitimate.

This week, three different families thought they could pick up puppies they bought on the Internet from the airport kennel department.

The Mills family of North Carolina was one of those families.

Jonathan Mills said he frantically called the Hartsfield- Jackson International Airport looking for the Kennel Cargo Department for two puppies they paid $800 for off the Internet.

“The woman we were emailing said the dogs were at the airport, but we needed to send another $400 to get them out of quarantine. We knew something was up then,” Mills said.

The puppies were presents for their daughters. Mills said his wife sold some of her wedding china to pay for the puppies.

Warren Jones, the cargo manager at Hartsfield-Jackson Atlanta International Airport, said he sees about 15 victims a month with this scheme.

“So many people get caught up into thinking they got a good deal, or that the person on the other end of the computer or Internet really wants to help them and they don’t realize they’re getting scammed,” Jones said.

“Before you give anyone money, ask specific questions, wait a day before making that purchase. Airlines may ship dogs, but not the airport. Also, if (you’re) buying something off the Internet, use a credit card so you can contest the charges as fraud,” Jones said.

Costa Rica Teacher Paid Students to Have Sex with Him