The National Theater of Costa Rica To Be Featured on Television

Costa Rica News – The National Theater of Costa Rica is being featured in a TV series along with six other theaters of the region. 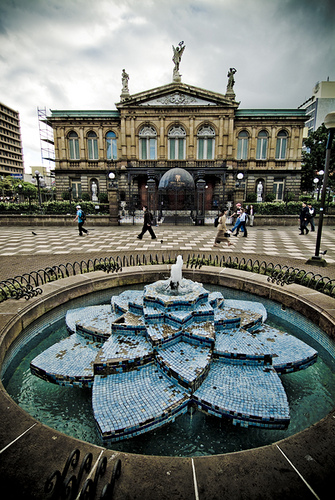 The documentary is called National Theaters and will be transmitted by Canal Trece and Canal UCR on May 22nd at 8:30 pm.

The series will feature the theaters of Panama, Costa Rica, Nicaragua, El Salvador, Honduras, the Dominican Republic and Cuba.

Our theater will soon celebrate 120 years since its inauguration.

The team that produced the work is multicultural and multinational. National Theaters is the first of 13 episodes of cultural interest produced by the Iberoamerican Educational and Cultural Television team.

The second episode in the series will feature protected natural areas in each country and the third will be about migratory processes within the region.

There is a work team in each country.