The Limits of Technology

There’s been widespread indifference to the crash of a test flight of Sir Richard Branson’s Virgin Galactic spaceship, only months before it was it was to carry deep-pocketed celebs into space. Coming on the heels of the fiery explosion of an unmanned rocket intended for a resupply mission to the International Space Station a few days before, it seems more than a metaphysical coincidence. 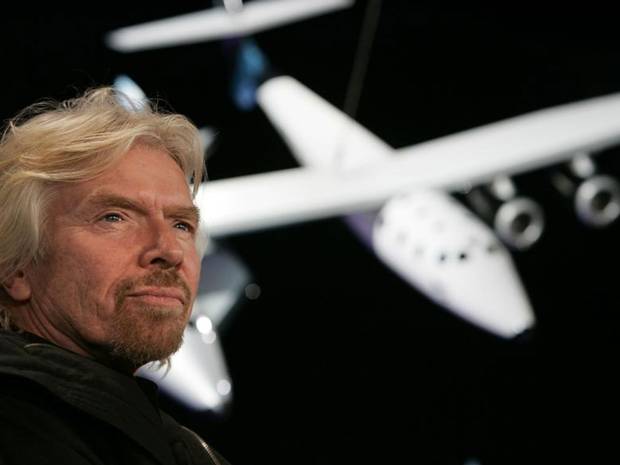 Corporate media is trying to sell the disdain for the pitiful tragedy, which cost the pilot his life, as “echoes the scoffing of a century ago that greeted the arrival of powered flight.” That deserves a double scoff.

‘Sacrifice’ is tricky word under the best of circumstances. Beyond a soldier throwing his body on a grenade to save his buddies, I’m not sure there’s much meaning to sacrifice. To use the word in this context, with respect to the death of a pilot of a for-profit venture catering to the whims of the wealthiest is profane.

The difference between the passion of the Wright brothers and others during the pioneering days of airplanes, and one of Branson’s endless boyhood ventures, is the difference between Robert Scott’s failed expedition to the South Pole, and a reality TV’s snowmobile adventure in the Arctic.

One of the favorite tricks of deniers of all stripes in recent years is to make some strained parallel with the past for present-day stupidities. But the only real echo is the apologist’s discordant refrain.

People in the private space industry see themselves as “pioneers at the dawn of an era of exploration whose apogee is beyond our generation’s imagination.” That kind of nostalgic, sentimental drivel shouldn’t be worthy of comment, except that the futurist’s balloon of the ‘miracle of technology’ hasn’t burst.

Air travel has assumed the dread and drudge of a long-distance bus trip. Technological advances now have little more than marketing appeal. Improvements in artificial intelligence and robotics are greeted with expectation and familiarity, not with a specious sense of religious wonder.

There’s a complete disconnect between the crisis humankind is facing and the futuristic dream that inventers and entrepreneurs are proclaiming. Horizons in America and the West have shrunk to shifting, violently defended borders of self and country, but technology’s cheerleaders keep telling us that we are on an epic quest.

The deep thinkers of the entrepreneurial set are at once completely enamored of man’s technological prowess, and extremely pessimistic about the human prospect. For example, Elon Musk, founder of Space X, says, “I think it is actually very important that we start making progress in extending life beyond Earth and we start making our own existence a multi-planetary one.”

“Enabling people to live on other planets,” which is SpaceX’s goal, when we cannot live together and are decimating this one, 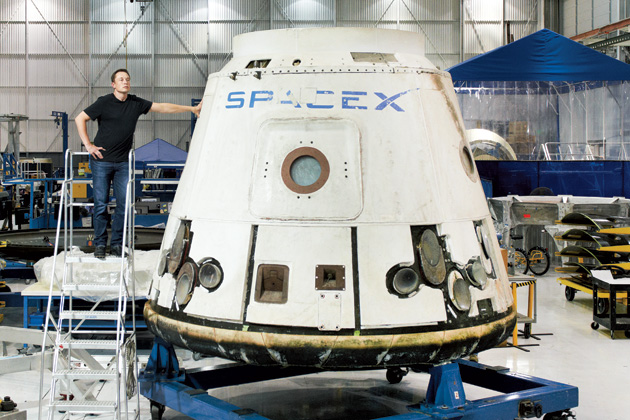 gives new meaning to being wrongheaded. Dreaming about taking man’s pathology to other planets is obtuse to the point of being obscene.

Musk calls his venture a “giant insurance policy” for the survival of our species. He is working in exactly the opposite direction.

Taking huge risks with lives and resources to pander to the richest people on the planet cannot even remotely justified by blubbering about how “space tourism is simply seed capital for something much grander.”

That’s how one of its cheerleaders, a New York Times correspondent, describes the insanity of space tourism. From the other side of his mouth, the same writer speaks of how the photographs of the earth from the moon “fired the environmental movement to focus on protecting our lonely, beautiful, fragile blue island of a planet.”

Rather than face and remedy the wanton destruction of that island, the technopaths prescription is for humans to find new planets to pillage. The truth is that without a psychological revolution, advances in technology will just speed up man’s devastation of the earth.

However much further humans advance technologically, as long as we remain the same divided and planet-decimating species psychologically, there can be no future for humanity. Does the very inanity of the insanity of space tourism portend the possibility of a breakthrough? If so, what would a true future for humanity look like?

It would certainly look very different than the present world of grotesque income inequality (epitomized by space tourism), increasing conflict over decreasing resources, and the wholesale destruction of other species, to name just a few signposts of the present age.

Fully awakening the religious impulse, which has little or nothing to do with organized religion, is essential to changing the way the world is economically, socially and politically organized. That can’t be achieved through any form of coercion or control, only through igniting insight within one.

Technology’s dreamers and profiteers don’t offset, much less redress civilization’s dystopia; they fuel it. That’s why the crash of Virgin Galactic’s suborbital spaceship was old news by the end of the day it happened.

Manned spaceflight is different than jet flight not just because of inherent risk, cost, pollution and paucity, but because technopaths continue to promote the idea of the solution to man’s self-generated crisis is outward and external, rather than inward and internal.

Space has its place, but sending jokers up into the stratosphere to experience a few minutes of weightlessness is not going to change anything. Can enough people realize that the infinite frontier is within to tip the scales from human stupidity to the awakening of intelligence?

That’s the breakthrough and miracle we need.