The shirtsleeve weather of the previous few days suddenly shifted last night. Rain fell in the valley and snow fell in the foothills, just a few hundred meters above the city. Filigrees of twigs and fractals of branches in a grove of oaks in the parkland are set against a white and gray sky holding small patches of blue. 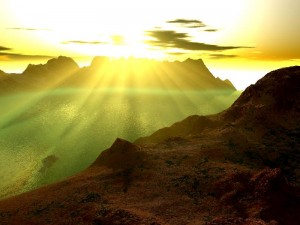 Well layered against the cold, I sit for three-quarters of an hour at a picnic table overlooking the creek. Many runners, bikers, and walkers go by on the single lane park road on the other side of the stream, which has become a torrent of twice its summer’s size and speed.

Passive observation in the deepening dusk allows one to see the beauty behind the surface dreariness of the day. As darkness begins to descend, a nearly full moon shines through the foggy skies above the bare branches.

The observer is the first illusion of man. Negating the observer by seeing how the mind habitually splits off from itself and nature (catching thought separating itself from itself as it were), the whole brain is then able to intensely watch every thought and emotion as they arise, without reaction. That is the action and art of meditation, which deeply quiets the mind.

First the space between thoughts increases, and then one suddenly finds oneself completely clear of content-consciousness. Life springs forth, without the duality of inside and outside.

Space and silence are the source, the infinite wellspring of insight and life, because emptiness is the ground of the universe itself. Therefore one has to bathe the mind and heart in emptiness regularly to be renewed, and fully grow into a human being.

However one has to allow the contents of the mind and heart the freedom to flow unimpeded by judgment and evaluation. Thought is a polluted stream that only clears when it is undividedly and intensely observed as a whole.

Meditation involves taking the time to sit still and observe, without employing time to reach some self-projected goal. One has to forget everything, including and especially previous meditations. Recent and primal emotions pour forth, and are discharged in the undirected action of attention.

So when passive observation negates the illusion of the separate observer, attention gathers its own momentum, and the 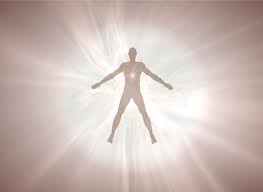 mind effortlessly falls silent. Then the present is no longer overshadowed and suffocated by the past.

Consciousness, as we usually know it, is an increasingly dense material that allows little light to pass through. Right observation ends the infinite regress of the observer, and allows attention to gather. Undirected attention then acts like a laser, burning a hole through the material. The light of attention is the light of creation.

Except for the illumined, the cumulative material of memory (not only of ‘me’ but of man) seeps back into the spaces opened up by the laser of attention. The mind easily falls back into the habit of memory and association.

But one is changed, and cannot completely go back to operating in terms of thought. So, just as with any work one loves, a workmanlike attitude is necessary. Humans need a lot of work, and we are the humans. There is no ‘them.’

What then, is ‘enlightenment?’ Does illumination occur when attention remains constant, so that the material of the past cannot seep back into the space of the mind? Does it mean the entire accretion of psychological content has been burned away, so that one lives in a steady if changing state of awareness and insight, which is not a matter of will, effort, or choice, but seeing, being, and acting? 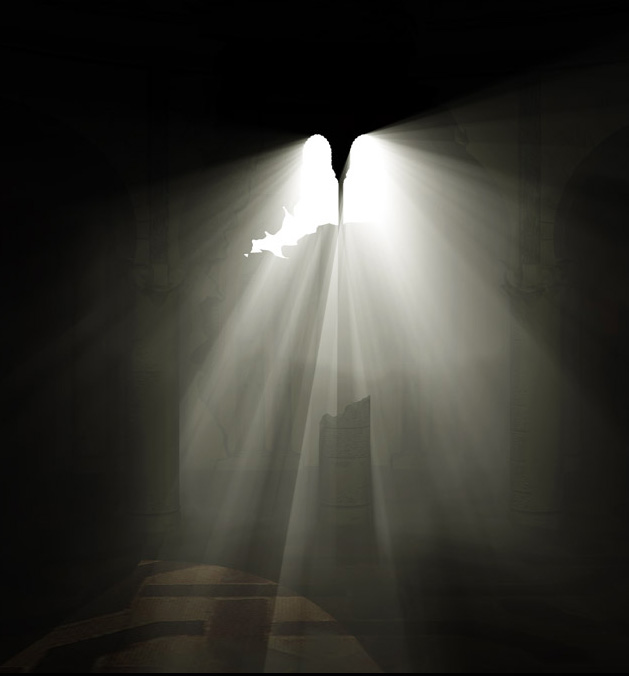 I don’t favor Buddhist conceptions of illumination, since our linguistic and conceptual frameworks arise from the culture and age in which we live. Ours is a scientific age, and we need a new language for ‘enlightenment’ that’s put in those terms. Besides, tradition impedes illumination, and can never ignite it.

Buddhism is an Eastern tradition dating from the time of Siddhartha Gautama, who lived about 2500 years ago. Very little is known about the life of Gautama, and his teachings became an oral tradition not committed to writing until 400 years after his death, though there clearly was an initial creative explosion.

There have been many revolutions throughout human history; nearly all have been violent, and changed nothing essentially. Indeed, the basic course of humankind has not changed since ‘modern humans’ first emerged in Africa about 100,000 years ago.

Now, as no other time in history, partly because of globalization and technology, a global psychological revolution is possible. It urgently needs to ignite, if greed, power, conflict, and fragmentation aren’t to render this beautiful planet unlivable for future generations. But the true revolution can only begin within the individual, you and I.

Broke? No Lottery Tickets for You