The Legends of the Afterlife

Time has left us memories of our ancestors. Those memories are expressed through art, stories and history. The most beautiful examples are of the tales of the afterlife. There is so much wonder at the world directly in front of us that most of us cannot see until our deaths. I have collected some breath taking examples of the worlds that correlate with ours. The world of spirit. 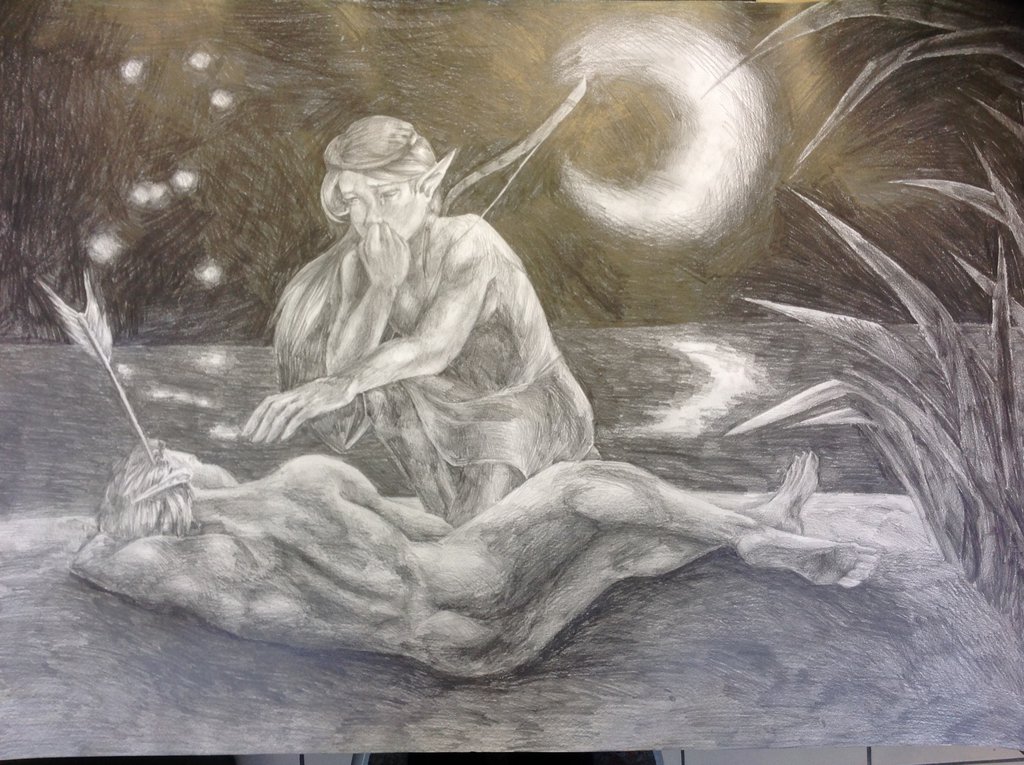 Life by Deanna
My life belongs to my ancestors. Their God’s, their hearts and their Earth. My life is not my own, my soul belongs to God. My dreams, my art, my love is not my own. My spirit is like rain falling, it is meant to sow the seeds of Eternity. My hands will reap the gifts of my ancestors and I will never be thirsty. Their manna, their sweat, their tears are all for you God. It is all for you God.

The Legend of Diana and Orion
Daniel Seiter’s 1685 painting of Diana over Orion’s corpse, before he is placed in the heavens Diana, the beautiful goddess of the moon has many stories of the afterlife. This painting is of the day that Orion died. Orion is a great character from mythology dating back to BC times. He is included in some of the earliest works recovered by the Greek’s. He is mentioned as early as the time of the poem, the Astronomia. This poem is an early Greek poem with a theme on astronomy and spiritual philosophies. There are many different versions of the story of Orion’s creation and destruction. The one thing that everybody agrees upon is that he was a great huntsman. Now, we can plainly see him residing in the night sky.

Her descent takes priority in Sumerian legend. The Sumerian’s describe the underworld as a dark and dreary place where everyone ends up. If you had many relatives and offspring, they could offer sacrifices and gifts to the God’s to help you in your eternal afterlife.

Inanna prepares herself to go to the underworld by wearing many different pieces of ceremonial clothing; a turban, a wig, a lapis lazuli necklace, beads upon her breast, the ‘Pala dress’ pectoral, a golden ring on her hand, and a lapis lazuli measuring rod.

Lapis Lazuli is a dark blue stone that is said to enhance psychic powers. Lapis Lazuli has been shown since ancient times to depict in
paintings and sculptures woman of spiritual importance. It was also worn by the Egyptians as eye shadow when they began playing with makeup. Blue is a color that is held sacred to many religious peoples as it is the color of the heavens. 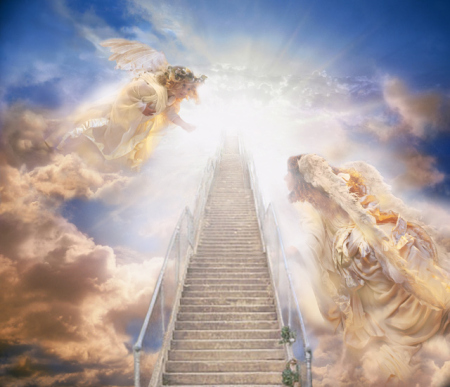 Inanna tries to enter the gates to the underworld at which time the gatekeeper instructs her that she must leave him her rod. She must agree in order to enter these gates. This same sacrifice continues on through all seven gates of the underworld. After she removes each piece of ceremonial clothing and jewelry, it is actually stripping her of her powers.

When she finally reaches the underworld she is naked. This journey has stripped her of all her material possessions.

The Afterlife According to Christianity
Dante and Virgil in Hell. Eugene Delacroix 1822.

The Summerland
Some Wicca and Pagans believe in a spiritual place called the Summerland. This place is where you crossover to when you die. It can be described as a beautiful eternal natural environment mimicking the summer season.

The Summerland is supposed to be a beautiful peaceful place that relieves you of the pains from your mortal life. You can also reconnect with those family and friends that have passed over.

Whatever path you have chosen there are many journeys to be made in the afterlife as well as the earthly life.