The Human Soul and Poetry

‘Matter is energy, Energy is Light, We are all light beings.’ Albert Einstein.
The existence of the human soul is an ancient idea that has followed us into modern times. Our ancestors were convinced that we each have a soul and that it can be good or evil.

We can take a look at different mythologies around the world and compare them to our modern views on our souls. We each seem to agree that a human being is capable of housing a soul yet we still do not know how to harness it’s powers.

A soul is believed to be consisted of energy that transforms forever so that it is capable of surviving an eternity on many different astral planes.

In ancient Egypt we come across something like a soul that is referred to as a Ba. The Egyptian Book of the Dead states that this Ba rises up out of the body upon death in the shape of a falcon with a human head.

Our breathe is considered by some mystics to be the actual breathe of
the soul. Pranayama is what you call the breathe in eastern meditation practices. It actually means extension of the life force. Our soul is our essence. 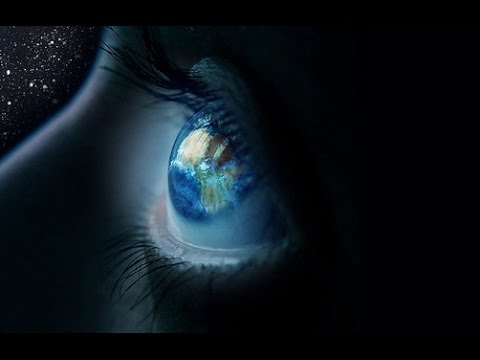 Buddhist also believe in reincarnations. Reincarnation is about the soul of a person being reborn to another body. When you are reincarnated you are able to regain your consciousness from your previous life with memory even though you are not in the same body.

It is believed that the spiritual world can recognize our soul. We have auras. An aura is an essence all around you that seems to resonate several different colors each meaning to symbolize the soul inside of the body. Only certain people can see these auras and understand what they mean. Only recently has this idea become very popular. Indefinitely we cannot determine the exact moment of thought of the aura but we can assume that it is a fairly new notion. The Chakras have been around since the early ancient times and they are signified with colors.

With the invention of Kirlian photography we can clearly prove that aura’s exist.

New Age concepts use the crystal skull. The crystal skull is made to absorb the essences of life matter. They can retain human spirits and energy of all kinds. It is shaped like a skull because the ancient peoples believe that this is the source of all knowledge – that which is inside of the human skull.

We could argue than of where the soul is related. Many theorists speculate that the soul could be housed within your heart or mind. Most people agree that a soul is a small size that hides easily in the body.

Yet how does a soul transplant itself from a dead person to a living and why does it cease to dwell in a body that is no longer living?

The theory of the vampire is that he is immortal. He is a soulless demonic thing. Could the soul of somebody be trapped inside of an immortal creature? After all the gods themselves each have souls.

Even if you believe in just one God, he has a soul that is contained, an essence, a spirit. Some cultures believe that gods and goddesses incarnate into human flesh never really changing who they are.

The devil in mythology goes around harvesting souls. In the Christian bible, it reads that if you really want to find God that you must seek him with all of your heart and soul (Deuteronomy 4:29). This acknowledges that we do have souls and many people have thought since ancient times of this.

Wherever it may be hiding we may never know until our destroyer comes to take it from us. Countless legends describe it differently yet the soul is the only piece of us that seems to matter in the whole greatness of the universe. We are capable of unleashing the gifts deep rooted in our soul- broken audio memories of the past through dreams, visions, fantasies and meditation. All these things are the parts of your soul that is channeling throughout your whole body.

Possesions
Shooting stars fly by,
My soul burns beneath moonlight,
…
I want to hide away with feathers to cover my face.
In your bed, pillows out of place,
OVERWHELMED, because I do it to myself.
Yet, we are only God’s POSSESSIONS,
Love spell master, a disaster ,

Best Games to Try If You’re Bored While Traveling