Ghosts & the Supernatural – It is that time of week again. Time for the Costa Rican Times weekly dose of the paranormal.  As always it is brought to us by HPI international and their crew.  You might want to lock your windows and doors….bwah ha ha ha ha ha. (my scary laugh) 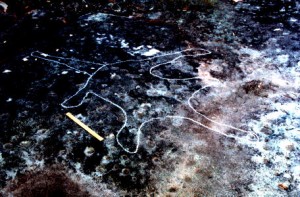 During the time that my cousin MSG Paul Leaird was fighting the VC (Viet Cong) in the jungles of Vietnam circa 1968, the 1st Cavalry Division in which my cousin belonged to needed some refreshing R&R (Rest and Relaxation). My cousin has explored the streets of Bangkok, Thailand and now desired to see something different. Australia is only a hop, skip and a jump from Vietnam and before my cousin knew it, he was taking the flight over to New South Wales with one of his soldier buddies. According to Australian naturalist Rex Gilroy, a Katoomba-based author and head of the Australian Unknown Animals Investigation Centre, there is a monster that lives in the murky depths of Hawkesbury River in New South Wales. A monster that seems to rival the Loch Ness Monster and Ogopogo the Canadian Lake Monster.

There are hundreds and hundreds of reports of citizens sighting the Hawkesbury River Monster. My cousin Paul never saw the creature, but he once told me that one year earlier his Army buddy Terence Jacyne was fishing off the Hawkesbury River. Terence was fishing with another soldier when they saw a 35 foot creature swimming in the river. The creature was described as having a snake like head. Terence thought it looked like an aquatic dinosaur, similar to Plesiosaur. Note: The Plesiosaur has been extinct for 70 million years. According to Gilroy, stories about the creatures in Australia date back to before the first white settlers and are a part of Aboriginal folklore. Early settlers to the area during the 1800s were told stories by Aboriginals of women and children being attacked by the 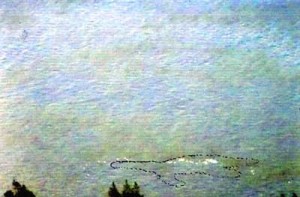 moolyewonk or mirreeular, the Aboriginal names for the monster. “Information collected so far suggests to me that the creatures are breeding somewhere offshore and laying their eggs inland. This would not be out of character, as there were both freshwater and saltwater breeds during the Cretaceous period,” he said.

“They are still being seen in the Hawkesbury River of course, which is not surprising because it is such a deep river. Actually it’s a sunken valley.”

Terence told my cousin Paul that this huge creature had a fish in its mouth and was moving its head back and forth. At one point of time the Hawkesbury River Monster seemed to actually look at Terence and his Army buddy and that frightened them to no end. Terrence told my cousin Paul, that seeing this river monster made him a believer. A believer that anything can exist on Earth and does! Anyone with information can contact Rex at the Australian Unknown Animals Investigation Centre, P.O Box 202, Katoomba, 2780, NSW, Sydney Australia

In 1985, my half-brother Joseph Anthony Soyo aka Joe was planning a major trip to Argentina. The reason why Joe was going is to hit the waves. Joe was an avid surfer. Joe was known to travel to Hawaii once a year, with his ‘girls’ aka the Joe Squad, so he could surf the waves in Hawaii and let the girls party in Hawaii. The girls aka The Joe Squad were his employees that worked at his franchised hair studios in the bay area.

While Joe was in Argentina, he crossed the borders of Bolivia, Paraguay, Uruguay and Chile, just because he could. Yes, he was a border crosser. Crossing borders, just to say that he did. It was so funny, because when I went to Aruba, I knew I was going to take a boat ride to the coast of Venezuela, but for some strange reason, I was thinking that Argentina was next to Aruba. When I looked on the map, I was publicly embarrassed. I usually never get my geography wrong. I have never been to Argentina, but yes, it’s on my bucket list of places to go. Joe also told me that he took a helicopter ride from Argentina to Antarctica.

Besides the fact that Argentina is the eighth-largest country in the world, the second largest in Latin America and the largest among Spanish-speaking nations. Argentina also claims sovereignty over part of Antarctica. Joe told me the harsh conditions he felt in Antarctica and the helicopter pilot laughed at him and said: “if you think this is harsh, you just don’t know about Antarctica, this is mild weather, if it was harsh, you wouldn’t be here!”

Joe was not a paranormal investigator, but he did have a story for me. But before I get into Joe’s story, I must tell you that Argentina is a UFO hot spot. Here are some listings of their sightings. 1965-12-01
This sighting is called The Adhara Observatory UFO Lunar Transit. It takes place on January 12, 1965 at 8:30 pm, at the private-owner Adhara Observatory in San Miguel, Buenos Aires province. Scientists received several calls concerning strange objects visible on the moon. The staff of the observatory photographed the moon in fixed intervals; after processing, some photos revealed disk shaped objects flying in front of the moon. Some experts think that the UFOs on the photos are probably a fault in the processing of the film.

1973
On October 30th truck driver Dionisio Llanca was admitted to the Municipal Hospital of Bahía Blanca. He claimed that on the night of October 27, he left his uncle’s home in Bahia Blanca to travel to Río Gallegos when he stopped to change a tire and became paralyzed by an intense light. According to Llanca, he saw an object in the sky and beings he described as two men and a woman who subjected him to some form of medical testing. Llanca says he briefly awoke hours later approximately 9 kilometers away. The case was investigated by UFO researcher Fabio Zerpa and published on his book El Reino Subterráneo.

1988-12-26
A silver UFO flew over Villa Urquiza, a high density area in the city of Buenos Aires. It is maybe the most spectacular UFO incident of Argentina, with more than 7,500 witnesses. The local airport reported an object flying to the west, towards General Paz Avenue seen on the radars on that sunny afternoon.

As you can see UFO activity in Argentina is practically a common day occurrence. Joe tells me that when he was flying back into Argentina from Antarctica, he looked out the right window starboard and saw a cigar shaped UFO tracking them (the helicopter). The size of the cigar shaped UFO was 2 football fields in length. The cigar shaped UFO had small round shaped windows in the middle of the body of the craft. The helicopter pilot witnessed the cigar shaped UFO also and both Joe and the pilot were flabbergasted at what they were seeing. The sighting lasted approximately 8 minutes. The UFO started spinning rapidly, in which the windows were now a blur and then it just merely zapped out, it was gone, vanished. Joe says he will never forget this experience, it shook him to his core.