Ghosts & The Supernatural – Just in case if you didn’t know. The Caribbean is very haunted and a paranormal hotbed. From sightings of UFOs to the resurrection of the dead that become zombie slaves to witches to ghosts. The Caribbean has it all. I have many family members that have extensively visited the Caribbean. I have been to St. Thomas. Puerto Rico, Aruba, Jamaica, Haiti and the Dominican Republic. My sister Sharon spent 5 years on St. Thomas with visits to Saint John on her ex-husband Captain Jeff “Crazy Jeff” Voshell’s boat called the Orion. My dad, step-mom and my brother Joe Andrew Soyo have taken many cruises in the Caribbean that have taken them to the following places: 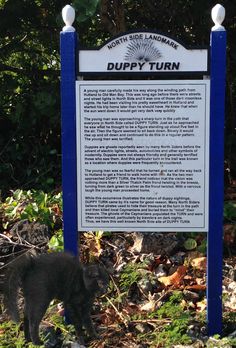 THE DUPPIES AND THE DESERTERS OF GRAND CAYMAN
Cayman Islands: On the North side of Grand Cayman you will find windswept beaches. When you locate Duppy Turn, you may encounter the Duppies right after sunset. These are malevolent spirits of the West Indies. Legend has it that the pirates would bury their loot on the Northside of Grand Cayman and to ensure that no one will find their loot, they would kill some Caymanians and bury the Caymanians with the stolen loot. In theory, the ghosts of the Caymanians, known as Duppies would scare treasure hunters away. Many people make claim to see Duppies. Other ghosts seen on the Cayman Islands are the “Deserters”. Locals claim that they are the deserters from Oliver Cromwell’s Army in Jamaica. Some of the deserters had a hard time surviving on the Cayman Islands and died there. Their ghosts are at times seen by the locals and referred to as the Deserters. Some slave ghosts are seen on the Cayman islands. Slavery was abolished in 1833, there were 950 enslaved Africans. These slaves were owned by many prominent British families that lived on the island.

GHOSTS OF PORT-A-PRINCE & THE BLUE WITCH
Labadee, Haiti: Venture away from Labadee and head over to Port-a-Prince. There you will find the Ghosts of Port-a-Prince. There is sighting after sighting after sighting by the citizens of Haiti. The ghosts are victims of the Duvalier Regime and victims of the 7.0 magnitude earthquake that Haiti experienced. According to Senator Youri Latortue, a half million people died from this devastating earthquake. Besides ghosts, you also have zombies in Haiti. Haiti has a long history of real zombies. In Haiti, zombies are spelled out as zombi. The zombies of Haiti were said to be corpses that were reanimated through black magic. This black magic originates with voodoo priests and bokor shamans. The zombi is used for manual labor. They are slaves that are working at farms and sugarcane plantations. Haitians say that people die two different ways, either through natural causes or through murder and suicide. Victims of murder and suicide are usually great candidates for resurrection as a zombie through witchcraft and Voodoo sorcery. A witch that is sometimes seen in Port-a-Prince is the Blue Witch. Legend has it that a Voodoo priest despised the Blue Witch because she had stolen some of his zombies. The Voodoo priest cursed her and sent one of his zombies over to her home. The Voodoo Priest zombie strangled the Blue Witch in her sleep. To this day, she still haunts Port-a-Prince, you may come across her, you can’t miss her, she wears a long thick blue dress and has an evil grin.

WHITE WITCH OF JAMAICA & MORE!
Ocho Rios / Falmouth, Jamaica. When I traveled to Jamaica, I wrote an extensive article about the paranormal in Jamaica, you can read about the White Witch of Jamaica and more at this link:http://forums.jazmaonline.com/topic.asp?TOPIC_ID=2667

UFOS OVER COZUMEL
Cozumel, Mexico: Cozumel is a hotbed for UFO activity. Cozumel was sacred to Ix Chel, the Maya Moon Goddess. Could the UFOs be watching over Cozumel, because of its temples? Could there be a leyline that goes through the temple area? From the website UFO Hunters, here is just one from many reports of UFO sightings in Cozumel:
Cozumel (north of) (Mexico)
Sighted on Friday 01. August 2003
Reported on Monday 11. August 2003
Shape: Circle | Duration: Off and on for an hour or
Source: NUFORC

Strange lights seen off a cruise ship in the Caribbean. I was on a cruise in the Caribbean from July 26th to August 2nd and had met up with some people. We had left Cozumel Mexico on Thursday July 31st and were on our way back to Miami. Me and a few friend had just came out onto the front of the ship and were looking at stars. Me and 2 others noticed a light that seemed to be a ship out at sea (a considerable distance away) but the light wasn’t consistent. One second you would be able to see it and then it would go out, and wouldn’t reappear for 3 or 4 seconds. The times varied. We were then looking up at the stars again and all saw one huge light come across the entire sky (towards the south) and it seemed to be a shooting star or comet, but the tail following it seemed to be just part of the initial light streaking through the sky, and did not last for more than a quarter of a second. 3 or 4 of us saw it and all yelled “whoa”. The last thing only I saw, and was kind of awkward. I was trying to scope out the planets that were visible, and the only one I was sure about was Mars (being huge and very bright at the time). I was staring towards the north at what looked like a planet that was shifting colors from blue and red. For 10 seconds the “star” was shimmering an inconsistent red color, and then the next 10 seconds and inconsistent blue color. The colors were always visible and did not blink, but got brighter and darker some times. It seemed to be very far away. I was staring at it afterwards thinking of what planet it could be, then looked one of my friends for 3 seconds. I turned my head back to the “star” and it seemed to be out of place in the sky in comparison to the others from what I had just been looking at, it was too far to the left. (2 inches from my view, so about this far |———| in comparison to what I had seen). I stared at it and it suddenly disappeared and reappeared where it had first been, back to the right.

BLUEBEARD OF ST.THOMAS
St. Thomas, US Virgin Islands: When I went to my sister Sharon’s wedding in St. Thomas, I was taken to Bluebeard’s Castle. According to locals this castle is very haunted. Some of the locals believe that there was a pirate named Bluebeard (not to be confused with Blackbeard) and the castle was named after Bluebeard. Some locals claim that they have seen the ghost of 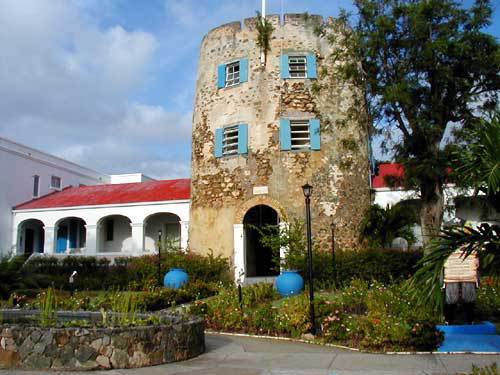 Bluebeard walking along the shores close to Bluebeard Castle and that his beard is actually blue in color.

SABINE THE CREOLE WITCH LADY
Philipsburg – St. Maarten: Sabine the Creole Witch Lady is said to haunt this island. Sabine was a colonist and was known to practice witchcraft. When Spanish forces invaded the island, they took Sabine to a beach area and set her on fire. Sabine screamed in agony and to this day, locals claim that they see a crying Sabine walking the beach area and she will scream in agony. A scream that is so piercing that it will cause you to have an earache.

MOVING COFFINS OF BARBADOS & PIRATE BARTHOLOMEW “BLACK BART” ROBERTS
Barbados: Chase Vault is a burial vault in the cemetery of the Christ Church Parish Church in Oistins, Christ Church, Barbados best known for a widespread but unverified legend of “mysterious moving coffins”. According to the story, each time the heavily sealed vault was opened during the early 19th century for burial of a family member, all of the lead coffins had changed position. The facts of the story are unverified, and skeptics call the tale “historically dubious.” Another story coming from Barbados is that some locals claim that they see the ghosts of Bartholomew “Black Bart” Roberts and his pirate crew landing on the beaches of Barbados. I love this claim, because I am a direct descendent of Bartholomew Roberts.

SLAUGHTERED KALINAGOS
St. Kitts: According to locals they see esoteric reenactments of English and French colonists slaughtering the war like people known as the Kalinagos that once settled this island. 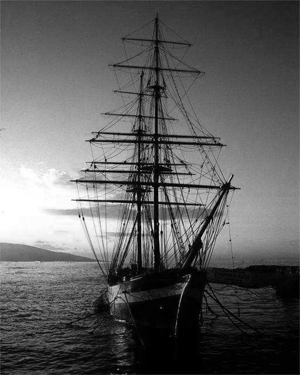 GHOSTLY PIRATES OF ROATAN:
Roatan: Locals claim they see ghostly pirates, remnants of the days of Henry Morgan and Blackbeard who would frequent the caverns of Roatan.

SPIRITS OF THE ARAWAK TRIBES:
Curacao: Locals and tourists have made claims to see ghostly images of the Arawak tribes that once inhabited Curacao. Most likely this is a residual haunting.

YELLOW ELF OF ST. BARTHELEMY:
Gustavia, St. Barthelemy: Locals and tourists have claimed to see a little yellow elf hiding and moving swiftly around bushes. The elf moves so quickly, that if you approach it, it will have seemed like it vanished. The elf is wearing a one piece reddish uniform.

LA DAME BLANCHE
Fort-de-France, Martinique: According to local legend when traveling down La Trace at night, you may run into the ghost called La Dame Blanche. Motorists claim to have seen a ghostly figure of a lady dressed in white standing in the middle of the road when driving along La Trace in the middle of the night. When they stop and exit their cars to see who it is, the lady vanishes!

BIMINI AND ATLANTIS
Could the lost road in Bimini be the remnants of the lost civilization of Atlantis? Many UFO sightings occur near and around Bimini. Possibly there is an influence of leylines and the nearby Bermuda Triangle that attracts these UFOs.

So there you have it. If you are a paranormal enthusiast and plan to travel to the Caribbean, there is plenty of investigating to do!

Fish Market to Be Built in Puntarenas Costa Rica