The Ghost of The Lone Wolf of Highway #1

Ghosts & the Supernatural – I have encountered many outlaw bicycle clubs during my lifetime and even have a connection with some of them. I have seen: The Louisville Outlaws, Bandidos Outlaw Motorcycle Club (in Texas), Oakland Hell’s Angels, San Jose Gypsy Jokers, Monterey Losers and the Stockton Skulls. I have a female cousin that was once the property of a Hell’s Angel. 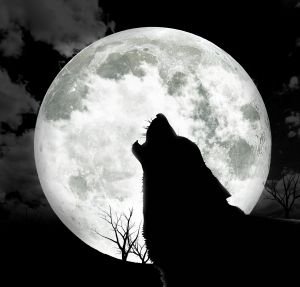 I have a male cousin who is an actual member of the San Jose Gypsy Jokers. I have ran into the Stockton Skulls at a Crosby, Stills, Nash & Young / Buddy Miles Concert in Stockton, where the Skulls went up against the Stockton Police. The police broke up this concert by tear gas and swinging their batons. The year was 1968.

People now claim that they see a single headlight coming at them fast from the rear. The single headlight will follow them for a few minutes and then vanish. In 1970, I was traveling on Highway #1 in a 1965 Dodge Coronet Station Wagon late at night on Highway #1 with my then girlfriend Raquel Nunez. I was leaving Raquel Nunez’s father’s ranch – The Sanchez Adobe Ranch. I was bringing Raquel back to San Bruno where her home was and she claimed that a motorcycle was tailing me and was very close to my bumper and to be careful. When I looked in my rear view mirror, I saw no motorcycle. She claimed up and down she saw the single bright headlight of a motorcycle on the rear end of my vehicle.

I didn’t see it, but perhaps…just perhaps….I was being followed by the Ghost of the Lone Wolf.