After all the recent rains, the creek is a gray, frothing force nearly overtopping its banks. Masses of magnificent white and gray clouds fill half of the huge sky, but it’s completely clear to the west, where a brilliant sun slides slowly towards the horizon. 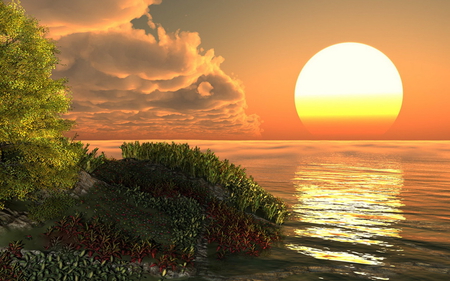 Over the sound of the wild water, the joyful voices of children can be heard on the paved path 100 meters behind me. Towards the hills, in the direction I face, model planes wheel and dive, specks at the terminus of the clouds.

Thankfully they can be seen but not heard. When the enthusiasts are out in force on a weekend afternoon and the water is lower, the little planes sound like huge mosquitoes.

Against the vast spaces and incredible splendor all around, human technology appears as insignificant as the model planes, mere toys in the infinite beauty of the earth and cosmos. Just then, the deep bass of some jerk’s speakers is heard over the roar of the stream a mile away on one of the main roads into town. It’s the noise of man’s darkness made manifest.

The undulating horizon swallows the sun. Then the purest line of golden light rims the low-lying section of the coastal hills that marks the setting point. In a meditative state, that thin luminous line is seen for what it is—the liminal embodiment of the sacred.

Suddenly a pair of Canadian geese flies in low, honking loudly. Swerving along the line of the creek, their fat bodies and elongated necks reflect the yellow light.

With complete negation of thought and self-centered activity, there is God. Not the God of religions and belief that one can pray to; nor ‘God the Father’ or God as ‘Supreme Being.’

A philosopher who has so-called mystical experiences wants to understand what they are in rational and replicable terms. He or she is therefore like a scientist that does not accept things on faith, but only on what is actually observable and repeatable in the laboratory.

In the case of mystical experience however, the laboratory is not outside but inside oneself. As Sam Harris, the author of “The End of Faith: Religion, Terror, and the Future of Reason” says, “Mysticism, shorn of religious dogmatism, is an empirical and highly rational enterprise.”

It is impossible to answer the question, ‘what is God,’ since that which is called God can only be experienced with the complete negation of words, images and self-centered activity.

For me, replicability without repetition is at the heart of the question of God. But how can one, and others, replicate so-called mystical experience? 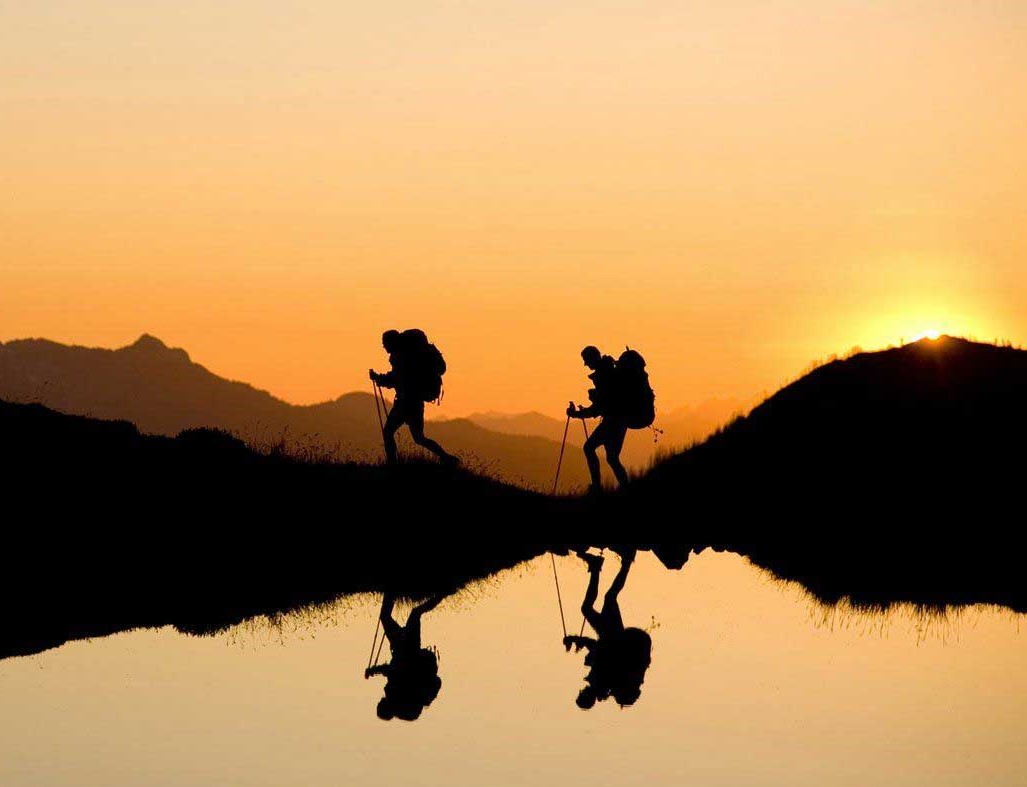 It’s been some years, but I used to take occasional trips alone backpacking in the woods of northern Michigan, or the Sierra Nevada mountains in California. The first night would invariably bring an emotional and cognitive storm, as memories, associations and feelings were thrown forth in consciousness.

Compounded by primal fears of the wilderness, that first night was usually very difficult. But hiking mindfully the next day, the mind and heart would settle down as one grew increasing attuned to one’s surroundings. In direct proportion to attunement with nature, thoughts and emotions would grow silent.

Over the ensuing days, the past would then completely dissolve in a deepening awareness and attention. Only the memory essential for survival operated. I recall setting up the tent, lighting fires and making meals without a single thought except the task at hand. As the silence deepened, time ceased, and the awareness of something that can only be called sacred intensified.

Memory doesn’t just permeate our consciousness; it is our consciousness. When psychological memory is still, consciousness has a completely different meaning. This is what people over the ages and across cultures have called mystical experiencing.

It’s almost impossible to even use the word God, so debased has it become by religionists on the right and atheists on the left. However when words are used carefully, they point toward something without trying to capture the actuality. That is the perennial error of texts, scriptures, dogmas and doctrines.

When people lose the feeling of the actuality behind the word ‘God,’ they substitute words, beliefs and theologies for it. And then, mistaking those things of the mind for the highest actuality, they are willing to kill and be killed for them.