One of the greatest challenges facing humanity today is how to generate diversity and cohesiveness in a global society beset by the flattening of globalization, the dead-end of Western multiculturalism/pluralism, and the dangerous reactions of fundamentalism in the Islamic as well as Christian worlds. Humankind is facing the question: What replaces culture as we have known it for tens of thousands of years? 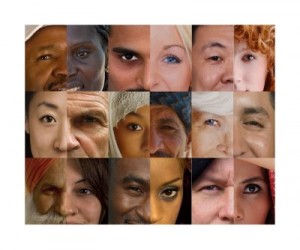 Multiculturalism, by one definition, is ‘the idea that social harmony is best achieved by celebrating our differences.’ More formally, it is “the doctrine that several different cultures (rather than one national culture) can coexist peacefully and equitably in a single country.” That parenthetical is of the essence.

The chief American media proponent and spokesman for a “war of choice” against Iraq, Thomas Friedman, now lectures Iraqis and Arabs generally on pluralism and tolerance. But there are changes afoot in the messy march of human history and evolution that Friedman, in his arrogant superficiality, cannot even imagine.

In Germany of all places, Angela Merkel has declared multiculturalism a complete failure. Given Germany’s master-race pretensions and aspirations in recent history, this is an unfortunate remark from that quarter.

David Cameron in the UK has echoed Merkel’s assessment, rather chillingly calling for “strong societies and identities at home.” That follows and furthers the rise of far-right nationalists across Europe (who are, rather hysterically, joining forces across borders). It also attests to the absence of an alternative, and a failure of imagination and leadership by progressives, not just in the imperiled European Union, but across the world.

Quebec, which has long struggled with its identity as both a Francophone ‘nation’ and a province of Canada, is also rejecting multiculturalism, and attempting to resolve the issue through law. The governing Parti Québécois is proposing a “Charter of Values” that ‘sets out a vision of government that breaks sharply with Canada’s broader multicultural ethos.’

As an article in the New York Times says, “among other things, the bill affirms the secular nature of Quebec’s 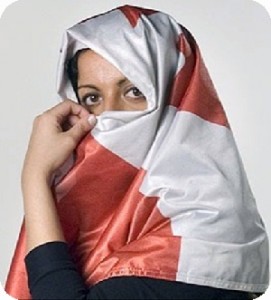 government and denies religious requests for accommodations of dress in public sector employment.” Ottawa smells another Quebecoise rebellion in the air, and is declaring that ‘the bill infringes on the liberties of Muslims and other minorities.’

The rub’s in the reference to Muslims—not just in Quebec, but throughout the Western world. Some call this trend a backlash against multiculturalism, but racism is on the march in too many places.

Even so, the global identity crisis entails issues and questions far greater than the putative clash of cultures and civilizations. As never before, we are facing the question of what it means to be a human being.

The synonyms for multiculturalism may throw some light on the matter. They are: pluralism, ethnic diversity, and most interestingly, ‘melting pot.’ The idea of a cultural ‘melting pot’ is of course an American one. Indeed, it’s at the heart of what it means to be an American. ‘E Pluribus Unum’—from many, one—is bannered across the Great Seal of the United States. The motto now mocks us, because we’ve become the most class-ridden nation in the Western world.

To a considerable degree however, until the fragmentation of individualism and classism reached their present toxic levels, the original melting pot idea worked. Of course the founders of the United States had a very different idea of multiculturalism than modern Western countries do. Their vision entailed a fusion of Old World identities into a New World identity, whereas multiculturalism has come to mean the preservation of separate identities within a larger national context.

That’s an idea that has proved worse than unworkable. Multiculturalism/pluralism doesn’t work for two reasons. First, it goes against tens of thousands of years of human history, in which coherence and cohesiveness of cultures was based on shared identification, traditions, values and morals. And second, it ends up producing separate enclaves that compete and conflict in the larger society.

The core question revolves around the primal need for identification. Without identification with particular groups, won’t the diversity between people be effaced and erased, making everyone the same? What else can provide coherence and cohesiveness?

It’s almost universally assumed that people have to identify with particular groups. After all, not that long ago, that was the basic element in geographically separate cultures, which provided meaning and unity to different peoples. 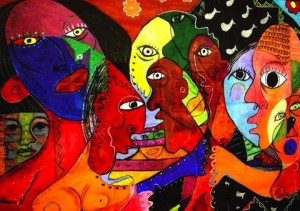 But those identities, heretofore largely derived from religious beliefs in one form or another, have been eroded beyond recognition.

Therefore the worry implicit in the question of sameness is doubly ironic, first because consumerism and technologism have already, to a disturbing extent, made the world flat; and second because as everyone knows but few practice, humans are essentially the same everywhere.

The identification with particular groups, and the unity of shared values and traditions is and can no longer be primary. The ‘celebration of difference’ has become the fragmentation of archaic identifications. Diversity does not flow from difference, but from wholeness.

Running a Business in Costa Rica is Tough