The End Of The World? North Texas Scientist Says No

Well it looks like as the hours pass the end of the world is not going to happen on December 21st as the Mayans predicted.  We will see but I am headed to sleep and think that I will wake up tomorrow still needing to pay rent next month. 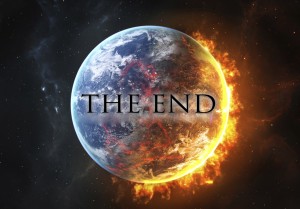 The Earth has been spinning for 4.5 billion years. It’s population, 6.9 billion people. But that could all become history, tomorrow.

Some are predicting that December 21, 2012, will be the end of the world because that is the last day on the Mayan calendar, even though there is nothing in the Mayan writings that predicted anything exciting happens.

But a North Texas research scientist says not so fast.

“There is no reason that tomorrow will be any different from the billions of days that have come before.”

Dr. Marc Hairston, from UT Dallas, is debunking the armageddon argument and the so-called scientific theories behind them, like asteroids.

“There are none that will be anywhere near the earth tomorrow.”

He says the same of solar flares and gravitational forces.

NASA has compared the hype regarding these Doomsday fears to Y2K. Just like back then, there are Doomsday believers prepping for the worst. Others are preparing to celebrate with parties.

However, our expert does has this prediction of his own:

Having a Destination Wedding in Costa Rica