The Broken Road – Trying to Ease the Pain

There are certain situations and things that people do in their past which they are not proud of. It could be that keg party in college where you passed out on the sofa after too much tequila and woke up with a Sharpie moustache. It could be the night you decided to try to find a reservoir to go drink at 2 in the morning and drove off a 30 foot cliff.  It could be the time you bought beer for the first time with your fake ID while driving your parent’s car and get caught by the cops only a mile down the road. Wait…those were all me.  This list goes on and on but we can see a trend. Alcohol and most decisions do not normally mix well. 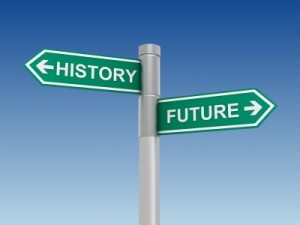 Since I had taken the alcohol out of my life, I was at least in clear conscious knew that the decision I was about to make was not very intelligent, but I was going to make it anyway.  I needed a way to get over my stupid obsession with a woman that was with me while she was pregnant with her future husband’s child.  I wish I had just written this chapter months ago, that sentence alone gives me the closure I needed.

Did I really want to be with a woman that was willing to date and be intimate with someone else while telling a man 2000 miles away that was trying to make money to support her and their child that she was only his? While I did not agree with the fact that he left during her pregnancy, I never thought about her actions as being selfish and negative.  I guess that is what a beautiful body and (excuse the language) “fuck me eyes” will do to a man.

It is amazing when you look back on 99% of your relationships that have ended. Hindsight is always 20/20.  All those lies that you believed come into focus and you realize that you were never really an important part of their life.  You realize that if you had seen things they had done, you would not have wanted to be with them from day one.  This lust which we mistake for love blinds us from the negative actions of that person.  The worst part is, no matter how much someone has told us that this person is not right for us, or tries to point out the destruction they are bringing into our life, we will not listen or take action to get out of the situation because we are “in love.”

But this is the way it is with almost everything in life for which we have addictions.  Did failing out of my first college because of drinking get me to stop? No.  Did having to go to rehab for 28 days get me to stop? No. Did pushing all of my friends and family away because of my drinking get me to stop? No.  Did continually destroying my professional life and relationships get me to stop drinking? No.  People would tell me almost daily how alcohol was destroying my life and my potential but all I cared about was making enough for my basic needs which included at the time, a drink at the end of the day, and sometimes at the beginning of the day.  The only thing that finally got me to stop was knowing that if I touched a drink again I would die…a reminder I see each and every day when I look in the mirror at the 9 inch scar down the middle of my chest.  Most people do not get a second chance.

Wow, talk about a tangent. Back on topic.

After coming to the Jaco/Hermosa area, I had a friend I was working with come and stay at the house I was renting.  He needed a place to set up shop until he found his own place.  By the way, in Costa Rica this usually means they do not plan on moving out for a while.  At least not until you ask them to.  He was in his late 50s and had gone through a pretty painful divorce about 5 years back.  I guess at that age you can either try to recover or head in the direction of what this guy did.  Pretend that the 18 to 22 year old prostitutes that he was sleeping with actually liked him. He had his little group of girls in San Jose that would come over and party with him and he thought they truly liked him.  I guess he too was blinded by their lies because of the sex. 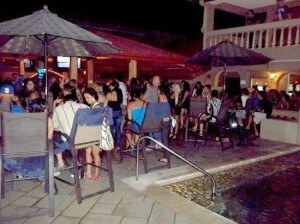 to pay very much for.  I wanted to see him in action as it was something to do to kill time and honestly I knew that the hookers in Jaco most likely would not do the “party for sex” thing.  I thought it would be a fun social experiment to watch.

On several occasions we went to the Hotel Cocal which is known as a place to pick up a prostitute in Costa Rica.  On Saturday nights there are between 50 and 200 women of every shape and size.  Many are some of the most beautiful women you will ever see. My friend and I would head over there usually during the day about twice a week.  He would order his “Guaro” (Costa Rica’s local liquor) and Diet Coke and begin trying to speak to the girls in his Spanish that was not very good. Most of the phrases coming out of his mouth were what I would call middle-schoolish.

I had a feeling of both sadness and embarrassment for him.  I knew deep down this was his way to try to kill the pain of his past, but that he would never find it in a place like this.  I also knew the lines he was using had probably been used over 1000 times on these girls and were not going to get them to drop their panties for a few shots or beers. Money was going to have to exit his wallet for them to have sex with him.  But I would watch as he would try; sipping on my diet coke and playing on my iPhone.  The last thing I wanted to do was make eye contact with one of these girls as that meant she would come quickly over to my chair asking if I “wanted company”.

On a few occasions he was able to lure a girl back to the house for some drinks and other party favors but if he wanted sex $100 was going to need to come out of his pocket.  On more than one occasion the girl got pissed that he did not want to pay and she would yell about wasting her time.  That is one thing about hookers; even if they are not that attractive, or there are not men at the Cocal they all think they lost at least $100 by coming with a person back to their place.  I understand opportunity cost, but within reason. 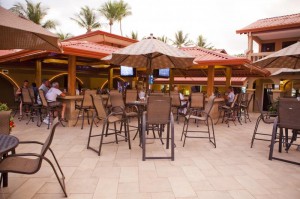 On one afternoon I decided that the girl across the bar seemed different.  She did not seem like a turkey vulture attacking its prey.  She had helped a drunken guy not get his wallet stolen as he was passed out in a chair by the pool.  I had noticed that she continued to glance my way and finally I called her over.

I immediately said I would talk but did not want to do anything more than that. I told her if another client came then feel free to go.  We sat and chatted in Spanish for a while and everything she said made we think she was actually a real person. Maybe she was not like the rest of them just wanting money. Maybe she could actually care about me and we could have a relationship. Maybe she actually did think I was good looking and think I was funny.  Yep I was the guy falling for the prostitute’s persona.  Guys, the best hookers out there know the games and play them well.  The “working girls” that make the most money have this down to an art form.  They will make you feel like you really are that great and once they have you wrapped around their finger will show their true colors.

I knew the games and I knew I was making a mistake but we walked hand in hand back to my truck to head back to the house.  It was a relationship destined to fail and one where I had a way out whenever I wanted.  We all make mistakes; I just needed to ease the pain inside me for a little while.  I finally understood the guy living at my house and what he went through every day.