The half inch mattress did not supply much padding between my body and the solid wood bed frame.  Rolling up the blanket would leave me too cold and no matter what position I would contort my body in, I felt like I was laying on 2x4s.  Although I was out of the hospital, I craved the comforting fact that if anything happened to me, there was a nurse or doctor nearby to treat me.  Plus I would have chosen any hospital bed over the current bed that I was trying desperately to sleep on. 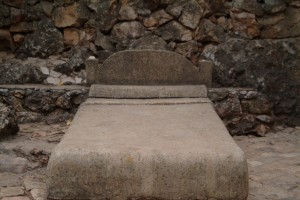 I finally got to the point where my body just could not stay awake any longer.  A knock on my door and Angela entered with my Every-6-Hour-Dose-of-Pills.  The act of sitting up and drinking water to swallow the pills revived my body.  Angela left and I remained in a state of uncomfortable drowsiness.  Staring at the clock, I watched as the minutes of the night slowly passed by….the sun began to rise as I finally drifted off.

It seemed that as soon as I closed my eyes, there was another knock on the door.  A plate of food was being brought in with eggs, gallo pinto, and raspberry juice. On the side were my three pills.  I ate a few bites and then tried to go back to sleep only to be awoken and told I had to eat everything on my plate. Reluctantly, I ate the rest of the food knowing that it was going to make me have to use the restroom. An event I was not looking forward to in front of a stranger.

After getting into a comfortable sleeping position again, I was told that it was time for a shower.  With a grunt I told her, no thank you.  Obviously, that was not an option.  I was helped into the wheelchair and rolled into the bathroom. With Angela’s help, I was stripped down and placed on the handicap chair in the shower.  The tepid water then was turned on. The lukewarm water would exit the shower head and by the time it reached me, it was cold.  I am a hot water fanatic and this to me was miserable.

I would then be bathed by Angela and on more than one occasion, I fainted during the shower. I would slowly come back to consciousness, naked and being supported in Angela’s arms.  Needing someone to help wash you is one of the most humbling experiences one can go through, especially since I was such an independent person that wanted to rely on no one.

After the cold shower I was wrapped in a towel and brought back to my bed.  After being dried off, my multiple scars 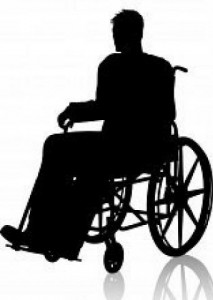 were cleaned and re-bandaged.  Each morning after my shower I was both mentally and physically exhausted.  I wanted more than anything to be able to do all these things on my own but knew I couldn’t.  I was utterly helpless.

The pain in my leg grew with each sleepless night. After about 4 days of getting next to no sleep in the solid wood bed, I blew up and said I needed a new mattress to be able to sleep.  The childlike reaction was immature and seemed to be caused by a lack of sleep and the situation I was currently in.  All I wanted was my mind to be able to rest.

I was then moved to Angela’s main bedroom which was beside her daughter’s room and across from another room that was rented out by another tenant. Directly across from Angela’s room was the bathroom. The bed was 1000 times better than the other bed and it seemed that I would finally be able to get some sleep. However in my mind each night I would have the thought that if I closed my eyes and went to sleep, I would never wake up.  The thought of dying before being able to live again and change, was constantly on my mind.

Every day was the same and as days passed, I did not seem to be getting much better.  Each time I needed to go to the bathroom, I had to call for help to be brought into the bathroom; help to be sat down on the toilet, help for my pants to be taken off, and help to even be wiped at times.  More than once I fainted while on the toilet, only to come back to reality and realize that I was going to need to be laid down on the bed and cleaned up. Each time, a little piece of me would die inside.

After about a week, Pricilla’s boyfriend brought over my clothes and other personal items that had been collected from my old apartment while I was in the hospital.  The personal items had been kept in plastic bags outside his house.  Most of the bags had soaked through and the clothes had been mildewed.  There were even roaches in one of the bags.  Angela tried her best to salvage what she could which turned out to be not much.  This was going to be the definition of starting completely over……everything from my past was all but gone.  This pain again was tucked away and labeled as another obstacle I was going to have to overcome.

About 2 weeks into this process I was lying in bed staring into the bathroom when a young boy appeared.  He stared at me for about 20 seconds and then turned and walked away.  I chalked this up to hallucinations due to the lack of sleep.  The next morning I told Angela what I saw as she brought me breakfast.  She looked at me with eyes filled with horror and sadness, began to cry and left the room. 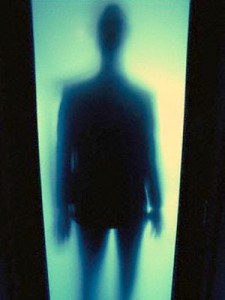 Priscilla came over later that day and told me the story. Angela’s son had come home one day and hung himself in that bathroom.  Angela had found him and had to help take him down.  I could not even imagine going through the pain of having to go through that with your own child.  Priscilla also told me that having me in the house was giving Angela the chance to feel like a mother to a son, which was why each time I fainted, it scared her so much. She felt like she had another son that was dying right in front of her.

Although the story made me feel loved, it did not do much for my ability to get sleep.  The pain in my leg, the waking up to take my pills, the thoughts of dying in my sleep, and now a possible ghost in the bathroom next to me did not do much to ease my psyche. When I did fall asleep, I would hope each time that I would find that peace I felt during death.  Each morning I would open my eyes and still be living in a complete nightmare.

My laptop which was kept by a guy named Kevin, who I used to work with, was to be brought to me, but a day before he was supposed to bring the computer to me it was stolen, along with his underwear. Fortunately, Angela’s daughter let me use her laptop during the day while she went to work.  Finally, I was going to have communication with the outside world, namely, Facebook.

The only part of the day I would hope for, and look forward to, was when Priscilla visited.  She would sit on the side of the bed and hold my hand. She always knew whether to talk or just stay silent. I knew that she could not come over all the time because of her boyfriend, my ex-boss, but when she did I could almost feel a calm smile inside my heart.  Even in her eyes I could feel true caring and sympathy for what I was going through.  She was the one thing that brought hope to me during this recovery.

Between visits, it was a fight for me to find any light in this dark situation.  The cold showers, the lack of independence, the feeling of helplessness and the belief that I was not getting any stronger tore me down each and every day, but every morning I would get up and do it again. With each day it became harder to muster the energy to fight, and to try to find a reason to keep pushing forward.

Each night the thought of dying in my sleep actually started to bring me comfort. I had a hope that one morning I would finally not open my eyes again.

Next Up – Therapy & Letting Go

What Are Memorial Day Traditions?